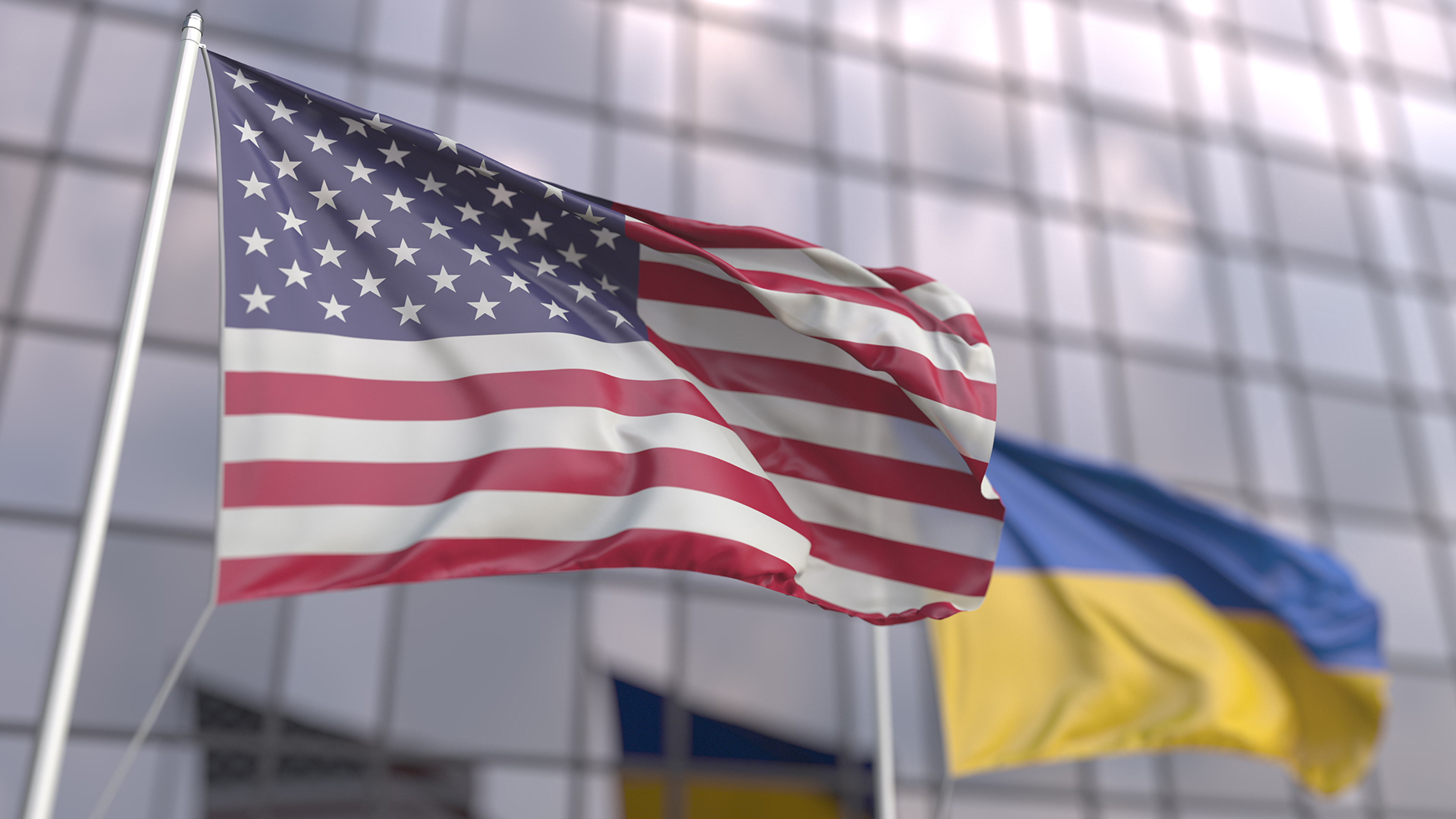 Waving flags of the United States and Ukraine in front of a modern building facade. 3D rendering © Novikov Aleksey/shutterstock.com

The US Congress recently voted to authorize $40 billion to the war effort in Ukraine. The resulting legislation that provides the framework for this allocation bears the title, “Ukraine Democracy Defense Lend-Lease Act of 2022.” On its website, the Department of Defense explains that the law “authorizes the administration, through fiscal year 2023 to lend or lease military equipment to Ukraine and other Eastern European countries.”

Most commentators have focused on the enormity of the sums of money involved. Along with the $13 billion already pledged to Ukraine’s military effort, this means that in just a few months the US contribution ($54 billion and counting) to Ukraine’s war effort rivals Russia’s entire annual military budget ($66 billion). But there is another less talked-about historical facet of this question: the 82 year-old precedent for this new Lend-Lease law.

During his 2020 campaign, candidate Joe Biden promised, if elected, to become the new Franklin Delano Roosevelt (FDR). He assigned himself the mission of transforming a nation still confused by the hyperreal presidency of billionaire president Donald Trump. Biden promised to promote FDR scale reforms designed to focus on the real needs of the people. Ironically, this new Lend-Lease law, responding to the needs, not of the American people, but of the Ukrainian military, may turn out to be the only reminder Biden is capable of summoning up that reflects FDR’s legacy. Biden has failed to push through any of the supposedly ambitious social policies he promised to promote as his updated “New Deal.”

Instead, Biden has revived a policy dating from the period in which the dominant mood of isolationism in Washington had positioned the US as a bystander in Europe’s raging war that began in September, 1939. In December 1940, a year before the attack on Pearl Harbor, Roosevelt’s government cleverly invented what would be called the Lend-Lease policy, designed to make the growing American military arsenal available to already impoverished Britain and its allies.

Biden offered this justification of the new Lend-Lease bill: “The cost of the fight is not cheap, but caving to aggression is even more costly.” He certainly meant this to sound like a banal statement of a principle so abstract, so divorced from any real context and so self-evident that most people reading it would pay little attention to its meaning.  It leaves the impression of an attitude of limitless generosity by agreeing to assume the cost of Ukraine’s struggle. The world’s wealthiest and most powerful nation will make the financial sacrifice of supporting a valiant people in distress.

But a closer reading tells a different story. For once, Biden has carefully chosen his words. It is not the US that will assume “the cost of the fight” but Ukraine itself. The US has agreed to be the creditor, which means that so long as the accounts are current, Ukraine will be the debtor expected to assume the cost, even if lacking the capacity to do so.

Biden leaves the impression that Ukraine has made the decision to pay the price, but it has done no more than demand assistance in its desperation. It is Washington that has determined the price the Ukrainians will pay to avoid “caving to aggression,” which will be invoiced by the United States. And it’s a running tab. In commercial terms, Ukraine is literally a captive customer. The Ukrainians will be expected to pay the bill at some point in the future.

Biden’s remarks unintentionally reveal two important facets of the operation. The first is that the reasoning behind the decision was most certainly crafted unilaterally by the United States. Ukraine requested the massive supply of arms needed to counter the Russians, and as the proverb says, “beggars can’t be choosers.” The form of the operation was defined by the US with little or no input from Ukraine. To paraphrase another proverbial phrase, this time borrowed from The Godfather, Lend-lease is an offer Ukraine could not refuse.

By putting the emphasis on the noble act of not caving to aggression, Biden spares himself the further calculation that should be on everyone’s mind. The cost is not limited to the $53 billion Ukraine will owe the US. Beyond the literal value of the material and services provided, so long as the war continues, Ukraine will continue enduring the costs in lives and property damage associated with a war that, thanks to this massive transfer of technology, is likely to last for many months if not years. Biden himself has conveyed his belief that the war will continue for a long time to come.

That means Ukraine’s debt to the US is likely to grow exponentially. Given the precedent of wars in Afghanistan and Iraq, that could be a very long time. In an important article in Foreign Policy, Michael Hirsch makes a pertinent point that Biden and the media have studiously avoided. Hirsch notes that Biden’s Ukraine policy “raises the prospect for a drawn-out global cold war with not only Russia but China as well.” He adds that it inevitably augments the risk of a nuclear conflagration.

In the short term, however, American generosity can be seen as the programmed impoverishment of Ukraine. This helps to clarify Biden’s deeper strategy that has little to do with the noble struggle of the Ukrainians seeking to respond to aggression. It has everything to do with the avowed intent of weakening Russia as well as the (as yet unavowed) intent of using NATO expansion and the inevitable weakening of Europe’s economy to consolidate American hegemonic domination of the West.

The precedent that put Lend-Lease on the historical landscape was passed in 1940, specifically to help Great Britain defend itself against the Axis powers a year after the outbreak of World War II. England’s gold reserves had dwindled dangerously, and its industrial capacity could no longer meet the needs of a war that had already spread across the whole of Europe and North Africa. But in December 1940, the US was still outside looking in and would remain so for the following year. The idea behind the law was to find a way to support Britain’s war effort at arm’s length, without appearing to act as a coldly calculating creditor. “Payment for the supplies,” the history.com website explains, “would be deferred, and could come in any form Roosevelt deemed satisfactory.” The noble cause with which the nation sympathized justified an exceptional measure that would appear to be a generous, disinterested offer of assistance.

The great British economist, John Maynard Keynes, was his nation’s chief negotiator with the United States. In volume III of his biography of Keynes, Robert Skidelsky described Keynes’s private take on the significance of Lend-Lease. “While exempting the President from ill-intent,” Skidelsky wrote, “Keynes never forgave the US Treasury – and later the State Department – for taking advantage of Britain’s weakness, incurred in a joint cause.”

In his book Super Imperialism, economist Michael Hudson explained one of the more authentically generous features of the law: “Lend-Lease goods used up or destroyed in the war would be written off but payment for remaining assets and war-surplus materials would be made on the agreed postwar value of civilian goods.” He notes that at the end of the war the US made Britain pay a heavy price.

In his statement explaining the importance of the 2022 law in favor of Ukraine, Biden, as expected, stressed the perennial theme of the defense of the Ukrainian people and their commitment to democracy, a democracy avidly assisted by a well-armed and significant neo-Nazi minority that over the past eight years the US has never found in the slightest embarrassing. “I’m signing a bill,” Biden declared, “that provides another important tool that directly supports the government of Ukraine and the Ukrainian people and their fight to defend their country and their democracy against Putin’s brutal war.”

As everyone knows, with US assistance, Britain won the war. But as Hudson points out, “Britain once again became a war debtor through victory.” Hudson makes the case that the strategy of the US included the dismantling of the British Empire. At the end of the war, Americans saw the UK, not the Soviet Union, as their most dangerous rival.

Similar hindsight five or ten years from now may reveal something similar. The entire Ukraine drama, prepared for decades by the US, with a notable acceleration in 2014 that forced a change of government, may well be more about humiliating the European Union and undermining its geopolitical influence than about “weakening Russia.” If Ukraine survives intact as a democratic nation, its debt to the US alone will make it a province of Washington.

The worst thing about this scenario is that the Russians and undoubtedly the Chinese – and indeed other nations, such as those like India that were part of the British Empire – are aware of the history of American assistance and understand its implications. In contrast, Americans’ studied indifference to the lessons of history – even to history itself –  means that the risks of a less favorable outcome for the US are very real. And for the world, that includes the risk of a nuclear conflagration. 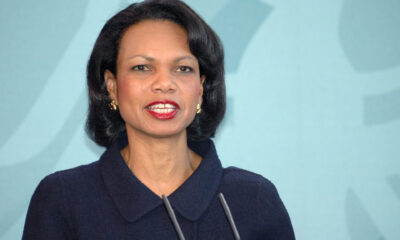