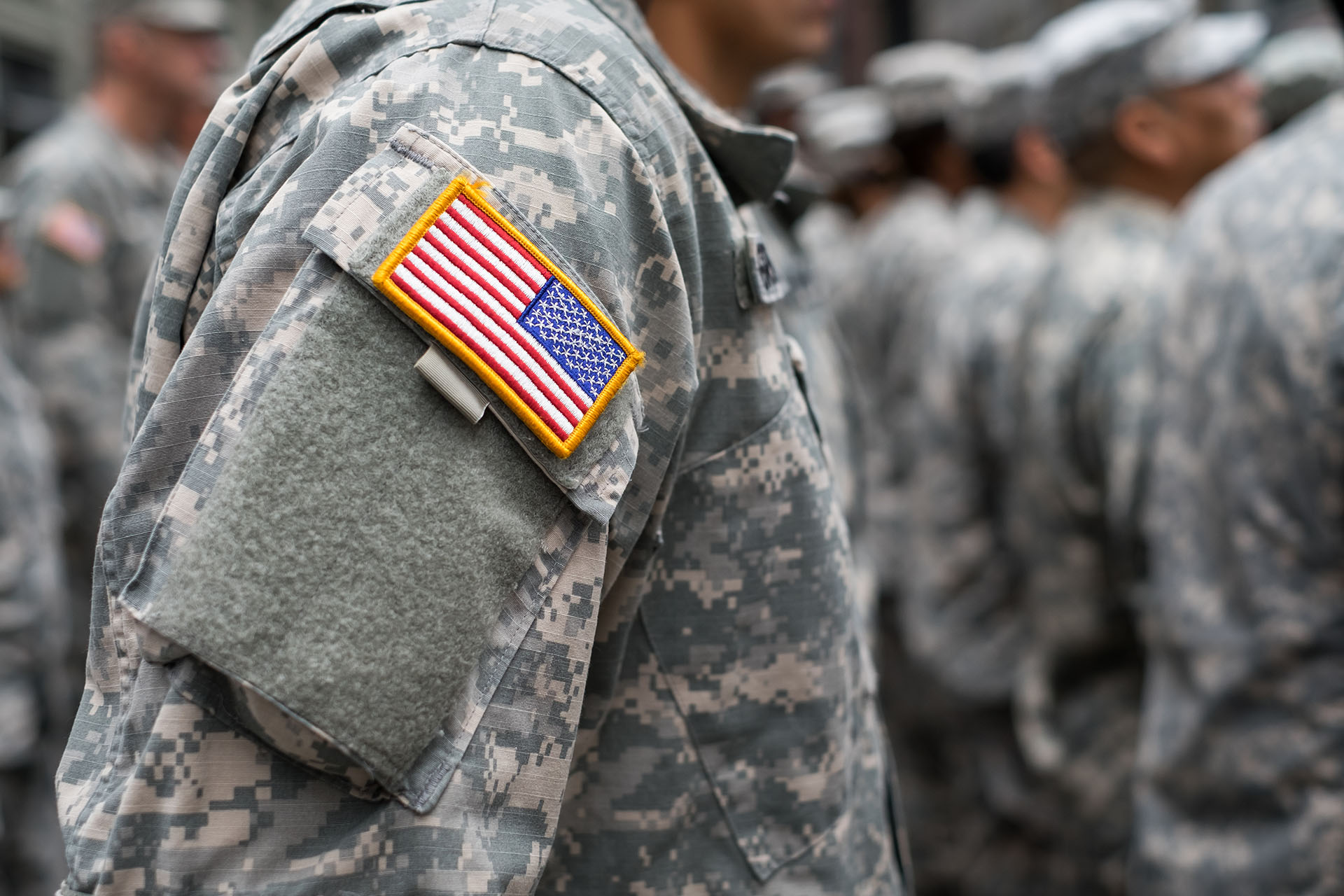 Withdrawal is once again in the headlines. The very idea of withdrawal has become so significant Noam Chomsky and Vijay Prashad recently released a book with The Withdrawal as its title. The pretext for their book was the shocking end in the summer of 2021 to what had become known as a “forever war,”:the result of Joe Biden’s decision to withdraw all remaining American troops and personnel from Afghanistan following 20 years of occupation.

The idea of withdrawal, in a different sense, returned to the news last week when the Progressive Caucus committed to recommending engaging in a process that would permit withdrawal of Russian troops from Ukraine. Their party, the Democrats, called foul, accusing them of the crime of propagating Russian propaganda and compromising the noble march to an American victory in Ukraine to which the Biden administration was committed. Ashamed of their evident impudence, the same progressives decided on withdrawal. Barely 20 hours (and not 20 years) after releasing their letter, they decided to withdraw the recommendation.

In a statement to the press Congresswoman Pramila Jayapal retracted the contents of the letter issued the previous day. It began with this sentence: “The Congressional Progressive Caucus hereby withdraws its recent letter to the White House regarding Ukraine,””

Attempt to erase an embarrassing event from history, a common temptation of politicians in cultures that have every reason to be embarrassed by their history

The word withdrawal has always had a special place in US culture. The two examples cited above already provide a radical contrast. The Biden administration’s act of withdrawal referred to removing troops committed to a military operation. Such withdrawals usually occur in foreign lands, where the case for being there is often contestable. Congresswoman Jayapal’s version of withdrawal belongs to the domain of law, specifically contract law. It concerns a proposal that suggests a formal commitment. Because proposals have not become acts, they can be withdrawn with no legal consequences. That does not, however, mean there will not be other consequences, both political and moral.

The word withdrawal figures prominently in two other important areas of interest in contemporary US culture: banking and drug addiction. In banking withdrawal signifies recovering money that one has deposited. This is a legitimate, voluntary act of management of one’s private property, nothing to be ashamed of. In the case of drug addiction, withdrawal is the opposite of a voluntary act. It refers to the painful process of deprivation when something one formerly depended on disappears.

In all these cases withdrawal signifies a radical change in the status quo. It often contains an association with pain. In the cases of military withdrawal or withdrawal of a proposition, shame may attach to it. The shame may be such that the best thing to hope for after the withdrawal is to stop thinking about why it took place, to erase it from memory, eliminate it from public discourse.

The problem is that not everyone forgets. History has a way of making its claims and coming back to bite the forgetful. By the end of 2021 US media had stopped wondering or worrying about the fiasco of the summer in Afghanistan. But it was still a visible part of his legacy. What could be done? Strategists know that the best way to get the media and the people to forget about a shameful past war would be to engage in a new one defined by its moral purpose. The Biden administration then realized that with a little prodding, Russia’s President Vladimir Putin – the man Americans other than Donald Trump love to hate – might provide the perfect pretext as he was massing troops along the Ukrainian border. Situations like that can be routinely avoided through a traditional device called diplomacy. The Russians even proposed a plan in December. But playing polite with Russia will always be bad for electoral politics at home.

The strategy worked. Afghanistan disappeared into the shadows of poorly digested history. Ukraine emerged to mobilize Americans’ sense of global purpose. And the media complied. In response to Putin’s initiative in December, ABC news called the plan “sweeping” as a means of dismissing it. But the point of diplomacy is not to accept or reject a plan, but to negotiate its terms so they appear less sweeping.

During a recent trip to India, I discovered that Biden ’s chaotic withdrawal from Afghanistan remains fresh in the memory of the average informed citizen. That fiasco has come to symbolize American indifference to the people it claims to assist. In contrast, for Americans that memory has been superseded and in effect canceled by this year’s engagement in a new war that conveniently restores the image of a nation always focused on other people’s needs.

The great songwriter Cole Porter acknowledged this aspect of US culture in the lyrics of his song, “It’s all right with me.” In the refrain of a song about a man seducing a woman he included these two lines: “There’s someone I’m trying so hard to forget/ Don’t you want to forget someone, too?” Whether it’s love or war, forgetting is always an efficient way out. That may help explain why Americans have no time for history. They’re always looking forward to the next affair and seeking ways to forget the last one.

Ever since the first day of Russia’s invasion on February 24, history has been absent from the media’s accounts. Not because no one has been keeping track of events in Ukraine over the past 30 years. Rather because the media has been, as Cole Porter said, “trying so hard to forget” the same stories it had actually covered over the past eight years.

During that period from 2014 to 2021, there were no romantic illusions about Ukraine’s pristine democratic virtues and its commitment to the vaunted “rule of law” by which Western governments swear, even when invading other sovereign states, as President George W Bush did in 2003. The illusions about Ukraine’s political purity and unimpeachable benevolence have only emerged since the Russian invasion.

In the days following the 2014 coup, the BBC documented what it called the “sinister” trends accompanying the Maidan revolution. These included “ troops with dubious iconography” described as “the most organized and the most effective” actors in the coup. In August 2014 an article in Foreign Policy, a publication hardly given to echoing Putin’s propaganda, noted that “Pro-Russian forces have said they are fighting against Ukrainian nationalists and ‘fascists’ in the conflict, and in the case of Azov and other battalions, these claims are essentially true.”

In 2018, a Reuters article by Josh Cohen began with this sentence: “As Ukraine’s struggle against Russia and its proxies continues, Kiev must also contend with a growing problem behind the front lines: far-right vigilantes who are willing to use intimidation and even violence to advance their agendas, and who often do so with the tacit approval of law enforcement agencies.”

Forgetting these and other examples of recent history reported frankly and honestly by Western media suddenly became a duty of the very media that once proudly produced and broadcast them. The Western governments now involved in promoting Ukraine’s resistance and the media themselves began trying hard to forget. And they succeeded. They could count on the ingrained indifference of the citizens of a consumer society to anything that resembles historical truth.

We will shortly be reviewing War in Ukraine, Making Sense of a Senseless Conflict by Medea Benjamin and Nicolas Davies. The authors have helpfully presented a thorough and in-depth account of all the essential background the average citizen will need to understand, first,  that there is a history behind the Ukraine war and, second, what that history includes. Chomsky’s and Prashad’s book looks through the history of US policy since the Cold War that provides further insight.

Acknowledging that history is real may be the hardest task for Americans. A history that includes slavery and genocide of the native population is better forgotten than remembered. When reminded of it, Americans prefer to just call that the irrelevant past. What is relevant is the noble causes we embrace today, such as deploying our weapons to inflict as much damage as possible on Russians.