Ever since the “most unlikely” Dutch scientist and pioneering microbiologist Anton van Leeuwenhoek scraped scum from his teeth and observed tiny “animalcules,” or germs, in the plaque samples beneath the first-ever microscope he invented, it bid fair to the presence of the microbial world in and around us. Leeuwenhoek’s understanding was, of course, far too simplistic, the actual fact being that, since the beginning of time and right from the moment one is born, we are enveloped by microbes.

Can We Save Ourselves From Our Own Progress?

It is, therefore, no surprise that we are also encircled by the overriding premise that microbes, or microorganisms, are our ecological foes and that they are meant only to be destroyed. This is how the origin of the word “bug” first came into vogue for bacteria, illustrating a creepy sense of apprehension for other tiny, eerie insects, or the notion of the “hateful bugle,” crawling all over everything. Hence our drive to destroy the bug, or the damn insect, wherever it exists.

Glyphosate was not too long ago hailed as the “safest” herbicide in history. New research suggests that it may be harming us in ways we’ve just begun to understand. In addition, a new body of growing research has pulled the questioning bell with the ringtone as to how long traces of glyphosate, a powerful weed killer, can linger in the food we eat or the crops that livestock feed on. The irony, of course, is that not many people are willing to distinguish the recent rule change regarding one of the world’s most popular herbicides.

The big alarm signal, as ongoing research also suggests, is that glyphosate harms our microbiome, or our internal ecology. This is one side of the story, because many of us have just begun to floppily understand the inner recesses of our body and, more importantly, how our own microbiome affects our health.

When intrepid research efforts sequenced DNA from microorganisms derived from our armpits, belly buttons and other locations, they found minuscule versions of ecosystems à la the Alps, composed of trillions of microbes. In their totality, this “invisible” mass of organisms is our microbiome. Research estimates that they make up as much as 5 kilograms of our body weight. A vast majority of human microbiomes, comprising of 10 trillion to 100 trillion cells and thousands of other species, also include 8 million unique gene types.

As most of us would know, bacteria produce essential vitamins, natural body chemicals such as anti-inflammatories and other compounds that power our metabolism by breaking down food. Though they encompass most of our microbiome framework, it was only recently that we delved into studying them in-depth and understanding, if not necessarily fully yet, exactly what they function is. Research also suggests it is probable that our microbiome protects us from illnesses. When its equilibrium is disturbed, it may also possibly trigger disease.

Proponents of glyphosate would certainly not acquiesce. This is because most would argue that it is not as toxic as the “wonder drug” aspirin, for instance, even if one has a strong case against the latter. From a research point of view, glyphosate is not well absorbed by our digestive tract — more than 98% of it passes right through us. In addition, its mode of action involves a biochemical process that is specific to microorganisms and plants. This is known as the shikimate pathway, which human beings lack. Be that as it may, glyphosate is evidenced to get into water and affect aquatic life, leading to dreadful loss of amphibians, the guardians of our ecosystem.

Little is yet known of the damage to soil that glyphosate can cause, not to speak of its impact on beneficial soil microbes and encumbrance on the natural growth of plants, including those that are genetically modified to resist the herbicide. But when you add a contentious body of new independent research conducted in the US and elsewhere, there appears an alarming prospect that glyphosate may trigger abortion and sterility in farm animals. What next? We are not sure yet.

Other research studies likewise implicate that glyphosate may be just as toxic to human placental cells, especially in farm workers exposed to high concentrations of the chemical. This is not all. Studies in Europe have found that glyphosate levels in human urine exceeded safe limits. All the same, advocates of the herbicide insist that farmers do not use “pure” glyphosate anyway and argue that there are far more toxic ingredients than glyphosate used in the world today.

The counterpunch is that there are some indubitable reasons why more and more people are being exposed to the dangers of glyphosate. Research itself cannot disrupt or tweak our metabolic process — what actually wobbles such a process are microbes. We may be harming our inner biological canvas with other powerful herbicides whose deleterious effects have not been fully understood. As research grapples with newer pesticides and herbicides, the jury is out that glyphosate may also exterminate several species of beneficial, “good” gut bacteria while not affecting harmful, “bad” gut bacteria like E. coli — the cause of epidemics in cattle. One shudders to think of the likely impact the same bacteria, which have colonized the human species, may possibly have.

Our gut bacteria play a key role in maintaining our health and wellness. On the contrary, an unhealthy microbiome, as new studies reveal, may trigger obesity and inflammatory diseases of the gut, such as inflammatory bowel disease. Newer research also points out to a potentially long list of health disorders that glyphosate, in combination with other environmental toxins, could contribute to — depression, attention-deficit hyperactivity disorder, autism, Alzheimer’s and Parkinson’s disease, amyotrophic lateral sclerosis (ALS, also referred to as motor neuron disease), multiple sclerosis, infertility, developmental defects, cancer and so on.

In this context, it is imperative that we warily take a fresh new look at the origin of our food. Conventionally-produced vegetarian and animal products are often a result of farming practices that make use of factory-farmed manure and raw human sewage. Animal and human excreta are extraordinarily toxic. They include a vast array of chemicals, pharmaceuticals, hormones and antibiotic-resistant bacteria, not to speak of pathogens that taint our food and also our bodies. We are not talking of another perilous dimension yet — the use of nuclear waste-based food irradiation and “bacteriophage” sprays to disinfect inherently toxic food, which produces different and far more hazardous compounds as a consequence.

All the same, non-organic lobbies are increasing the amounts of anti-microbial pesticides and herbicides in our food. What is worse, we do not have adequate data as to what extent we are being exposed to such chemicals. Yet another downside is that glyphosate is difficult to test for. The fact also remains that many farmers have embraced genetically-modified seeds laced with glyphosate with alacrity. In the US alone, it is estimated that over 1.6 billion kilograms of glyphosate, which Monsanto began to sell as Roundup in 1974, has been sprayed on fields and farms, and its usage is expanding just as rapidly. If this is not a distress call or a formula for disaster, what is? Is there a way out?

Yes, there is. It isn’t easy, however. Nevertheless, it is time we stalled that archaic, rationally unrefined exemplar that disease or illness is, for the most part, caused by germs in the environment rather than viewing our risk of infection as being principally determined by immune vulnerabilities within us.

We also need a paradigm change, if not a simple shift, to drastically alter our understanding of health and illness if we are to endure the indiscriminate demolition of our biosphere while refraining from supporting, endorsing, buying or consuming food produced through dubious non-organic farming practices. We need to respect and revere our body in all its encased grandeur derived from the molecular framework of the cosmos. If we don’t, we will only have ourselves to blame for genetically modifying not only nature and the environment, but also vandalizing ourselves — in mind, body, spirit and soul. 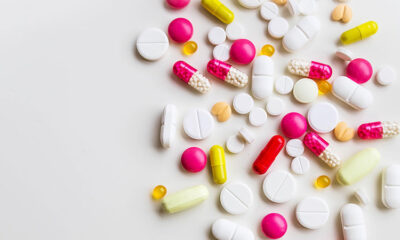 The Future of Medicine Is Bespoke 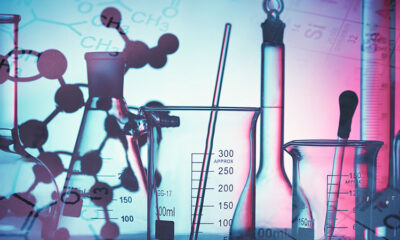 Can We Save Ourselves From Our Own Progress? 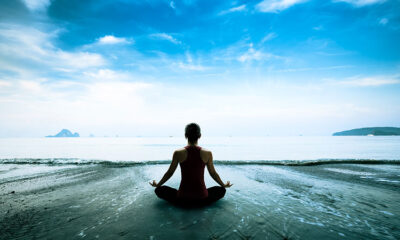 A Mindful Antidote to a Pandemic