Ever since the term artificial intelligence (AI) was coined in 1956, it has had a close relationship with neuroscience. Initial concepts of building machines capable of logical thinking were derived from mathematical logic and information theory, but the driving force behind AI was the desire to mimic human brain function. Over the years, AI has captured our imagination by winning against humans in games like chess or Jeopardy. Yet how has neuroscience impacted our understanding of ourselves?

Going by media attention, it seems like AI is taking over the world. In fields as diverse as speech and image recognition, factory automation, stock trading and fraud detection, AI is pushing the envelope every day. It is being considered the backbone of the impending Fourth Industrial Revolution, which has spawned fears of large-scale disappearance of blue-collar and even white-collar jobs, coupled with predictions of global social unrest. Henry Kissinger, Bill Gates and Elon Musk, among others, have voiced their concerns about the ethical and moral quandaries posed by AI, but a closer examination reveals that advances in neurosciences have more profound implications for humanity.

Outpacing Our Understanding of the Brain

In the short run, artificial intelligence has outpaced our understanding of the brain because AI was built from the ground up, while brain research is primarily reverse engineering. Our ever-expanding ability to pack more and more transistors — building blocks of digital circuits — in increasingly smaller devices has allowed AI researchers to build powerful, number-crunching machines. And an explosion of connectivity has ensured easy availability of information across the globe, making it easy to build intelligent machines.

On the other hand, each adult human brain has roughly 100 billion neurons; each one of them connected to, on average, 1,000 neurons. They communicate by way of biochemically generated electrical signals, which are more subtle or noisy than those flowing through man-made electronic circuits. We can use MRIs and CAT scans to glean some information about brain function, but they do not provide cellular-level detail, depriving us of critical details of information processing abilities of neuronal networks.

Nonetheless, several new techniques are giving us unprecedented access to the inner workings of brain circuits. Simultaneous recordings from an array of microscopic probes allow us to observe the electrical activity of a group of neighboring neurons. Functional MRI scans, while performing cognitive tasks, tell us which parts of the brain are used to perform the task. Cellular imaging illuminates the neurons that are electrically active almost instantaneously as the brain is performing various tasks, allowing us to see how information flows to and from various parts of the brain in real-time. And optogenetics enables us to go one step further. Otherwise light-insensitive neurons can now be genetically modified to make them light-sensitive.

Once that is achieved, every time we shine light on those neurons, which is typically a laser, they become electrically active. Observing the behavior of the animal while activating specific parts of the brain can help us understand the roles they play. Together, these techniques are opening up a Pandora’s box regarding our understanding of human ethics, politics and our belief in free will.

In the ongoing debate about Harvard University’s bias against Asian Americans in their admission policy, documents revealed that Harvard consistently rates Asian Americans lower than others on “personal traits” like courage and likability in spite of their higher-than-average scores in SATs and ACTs. These standardized tests presumably assess attention and working memory capabilities, claiming that the scores are reliable predictors of future success.

Neuroscience might soon provide better assessment tools. Numerous studies have already established that areas like the anterior cingulate cortex (ACC) and dorsolateral prefrontal cortex (DLPFC) play a critical role in tasks that demand high levels of attention and working memory. Researchers have also demonstrated that mindfulness practices like meditation can enhance the structure and function of ACC and DLPFC. Furthermore, they might even boost SAT scores.

It is an open secret that cultural affinity for rote learning and long hours of practice help Asian Americans ace SATs and ACTs. If tomorrow’s brain scans establish that the size and/or activity of ACC and DLPFC in simpler tasks are better predictors of future success, they might obviate the need for such grueling tests. The outcome of such scans could take away the advantage of Asian Americans in test scores or solidify their claims at a biological level. In that case, it is worth pondering whether brain scans should be used by future admissions committees.

Neuroscience is creating several such ethical dilemmas, but perhaps its effect on our understanding of monogamy is the most intriguing. A series of experiments on prairie voles and montane voles — both rodent species — suggests that preference for single vs. multiple sexual partners might be rooted in brain chemistry. While the two rodent species are genetically almost identical, prairie voles are monogamous and montane voles are promiscuous.

A high level of oxytocin is observed after copulation in both the species, and it is famously known as the “cuddling hormone,” leading to lasting pair bonds between mates. However, only prairie voles have the receptors, or molecular detectors, to sense those high levels. Drawing inferences about human behavior based on studies of voles might be a leap of faith today, but imagine the societal outrage if it is established that your genes and brain chemistry determine your sexual behavior.

Our politics is another area that neuroscience has started shedding light on. Ever since the US presidential election in 2016, much has been said about Russians using social media to spread disinformation and polarize the electorate. What if brain scans can predict your political leanings better than tracking your online behavior?

Some of the earliest neuroscientific studies of politics showed that, once again, the structure of ACC and its electrical activity during a specific cognitive task predicted the political leanings of study subjects with reasonable accuracy. In another study, conservatives give more weight to negative stimuli than positive ones compared to liberals. Several experiments have strengthened the conclusions, so much so that brain responses to a single disgusting, non-political visual stimulus were sufficient to accurately predict the volunteer’s political leaning. If casual brain scans become affordable and political consultants get access to them, legally or otherwise, we will enter a whole new era of political messaging, microtargeting and controlling masses.

Almost all of these insights are based on passive brain scans or behavioral observations. By giving us the ability to directly control brain activity, optogenetics is fundamentally altering our sense of who we are. In 2008, neuroscientists at Stanford University demonstrated how genetically modifying a specific part of a mouse brain to make it light-sensitive, and then shining a light on it, allows us to control when it runs with a flip of a switch. A more recent study at Yale University showed that aggressive, predatory behavior in mice can similarly be controlled with a switch.

Such experiments might be an affront to our belief in free will, but it is scarier to imagine a future in which brains of soldiers are controlled to have their “kill mode” on during war and off when not on the battlefield. If we go a step further to discuss who should control such switches, it threatens our prevailing understanding of personal responsibility and rules of engagement in international conflicts.

AI poses a challenge to our professional lives, but neuroscience goes to the heart of who we are as ethical, political and free-thinking creatures. To avoid large-scale social disruption, the adoption of AI might be easier to contain, but under the guise of social harmony, authoritarian leaders of tomorrow might find the tools of neuroscience too tempting to resist. 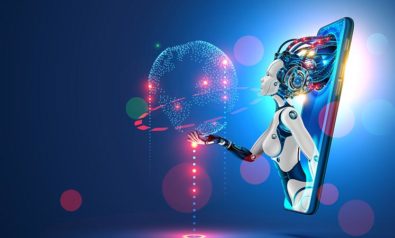 Intelligence Is Not Wisdom