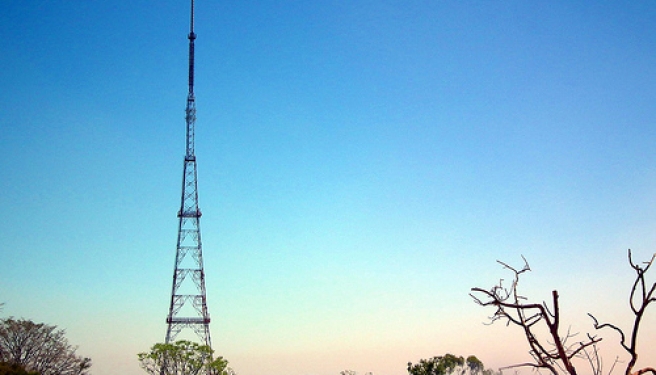 A critical analysis of current  media policy and regulation in India.

The increasingly complex and elusive media landscape has thrown fresh challenges to an unsettled ecosystem of media policy in India. Advanced communications technologies have fundamentally altered the ways in which information and meanings are delivered, organized and received. These new advancements call into question the efficacy of existing policy approaches to media, including the still-dominant conventional media. The multiple bills introduced in the last decade reveal a fragmented framework shaped as much by the Indian state’s staggered acquiescence to corporate interests as by the entrenched colonial structures of governance aimed at “reining in” the media, or using the technologies for targeted surveillance. Regulatory authority is currently divided between several government departments, even as the Communication Convergence Bill (2001) and Broadcasting Service Regulation Bill (2007) are still far from realizing their stated objective of introducing a comprehensive and coherent policy framework. It is thus one of the most crucial moments for media policy discussions to funnel their energy towards a meaningful debate, since, as Christian Sandvig rightly comments on Internet architecture, “the unsettled character of today’s advanced communication systems is not our burden; it is our chance to act.”

First, policy energy should be directed at comprehending and more fully incorporating the latest technological changes which have pushed the communications sector towards a functionally unbundled and modular form of organization where communication functions are distributed across different platforms through interoperable standards. In contrast, content, services and transmission are yoked together in a single entity in a bundled architecture. Media policy scholars are advocating a “layered approach” to media regulation to address and benefit from these latest changes in the communications sector. The layered approach recognizes that a vertical orientation of regulating specific communications technologies through specific laws should give way for a horizontal orientation towards addressing different functional components of communication delivered through multiple entities and technologies. This implies that proprietary control and other regulatory issues should be verified at each functional layer of communication – most prominently content and physical infrastructure layers – since single entity need no longer deliver these two together. Second, policymakers should recognize the intricate layers of control, ownership, and media praxis which are driving rapid expansion of conventional as well as new media at the ground level. Thus, the broader policy approach should be simultaneously attentive to the technological changes and the ground realities of media organization ‒ a combination of technological, legal and anthropological insights into the nature and implications of media expansion. These three issues are flagged here as a way of pushing the policy debate towards such a perspective, by focusing especially on the news media and public service broadcasting since they are normatively positioned to play a crucial role in democratic politics.

Any meaningful policy effort for the rapidly expanding news media in India should begin with the recognition that the structure and nature of news production is not uniform across the country. If, in some states like Karnataka, the dominance of national commercial news groups such as The Times of India remains relatively uncontested in the last two decades, other news markets like Tamil Nadu are structured firmly through political partisanship resulting from direct ownership of television news channels as well as local cable networks by prominent political parties. In Karnataka, despite the trends towards consolidation in the print industry, anthropological inquiry into the field of news practices reveals that commercial logic of expansion and profit aggrandisement advanced by many media groups comes into direct confrontation with a wide array of cultural logics which are themselves set within the overarching matrix of global and regional capital. Underwritten by a long history of “print communalism” in princely Mysore, caste practices in the news field both build on and diverge from a distinct form of journalism which arose at the turn of the twentieth century during the course of journalists’ active role in the non-Brahmin movement. Among journalists and news proprietors, there are blurred boundaries between affective bonds, instrumental ties, and professional networking. Often, these multiple strands converge in caste identities. Hence, jāti bala (caste-based strength), jāti samīkaraṇa (caste attraction) and jāti network (caste-based news networks) remain as interlinked aspects of journalistic sociality perpetuated by, and perpetuating, caste-based allegiances. Equally significant are language-based solidarities which are reframed and revived in the context of ongoing liberalization projects of the state. The unstable, fissured, yet effective forms of politics assembled through these logics of what I call the "bhasha" media confound modernist assumptions of rational critical public discourse, but nevertheless hold democratic potential for a range of publics, just as they equally efficiently curl back to reactionary cultural politics. These multiple logics, which structure the news field in Karnataka, might not map out in the same way in other news markets in the country.  There is very rich literature to compare news systems across different nations and transnational regions, such as Daniel Hallin and Paolo Mancini’s pioneering work on different models of journalism existing in North America, continental Europe, and Mediterranean countries. Similar exercise in mapping the news fields within India will benefit policy makers to, at once, address multiple loyalties structuring the news fields and differences in patterns of control, ownership, and media practices.

More importantly, the rhizomic existence of heterogeneous news practices in the commercial sector call for a robust public service media and innovative forms of state and community interventions. Although important, top-down regulation based on the assumption of bundled communications architecture is not sufficient to create a vibrant, inclusive, and reflective media ecosystem.

In their recommendations to the Federal Communications Commission (FCC) in the U.S., Ellen Goldman and Anne Chen proposed a comprehensive plan to revive public service broadcasting precisely through a modular and unbundled approach to media. These recommendations have pushed the layered model of regulation beyond the rationale of state control to instead help policymakers to design innovative environments for public media interventions. While several of their recommendations are rooted in the American experience of rapid digitization and several more are aspirational, even by the standards of developed countries, some lessons can be drawn for the Indian context. Drawing on the layered and network architecture of the Internet, they propose that different streams of communications engaged in public service media should be connected, scaled up, and curated through the available and revived facilities of public service media. They contend that the state should move away from considering television and radio as the sole recipients of state support. Instead, public service media should encompass a wider range of content providers and information activists through a decentralized mechanism that addresses all the four layers – physical infrastructure, connection (between various platforms engaged in public service media), curation (supporting content and services of public value), and creation (creating content which the market insufficiently or erroneously addresses).

The current structure of Prasar Bharati (Broadcasting Corporation of India) firmly holds the physical infrastructure layer but other aspects of the modular approach are yet to be charted in generative ways. There are many platforms available today to generate useful public media content and practices: community radio, NGOs, innovative news portals, anti-corruption civil society watchdogs, public ombudsmen, and activist groups covering several villages at sub-regional levels. Prasar Bharati should actively connect, curate, and scale up these networks in a multilateral way instead of relying only on the hub-spoke model of connecting national broadcast stations with regional stations. This involves a deeper ideological shift from technology-led state pedagogy to a network model of communication and community building. It also involves concerted efforts to release the Corporation from being an object of political gambit for successive governments. Doordarshan, All India Radio, Media Academies, professional media associations drawing state support (however minimal), as well as non-media information activists, should form part of a larger network of public service media in which various streams of non-commercial content are linked and curated to maximize their effect, reach, and appeal.

Closely connected to this is the possibility of institutionally linking RTI (Right to Information Act) provisions with mainstream media content. This involves the risky step of content regulation, which is fiercely resisted by the industry. While several national news channels, especially English, have decided to give themselves the mandate of provisioning “development” and “positive news” in their daily news coverage to avert possible government intervention, much remains to be done at the regional and local levels where news channels and newspapers are expanding at a blistering pace. Unfettered “massification” of television news channels has not resulted in a boom in public information since many channels are firmly tied to the interests of politician-owners or those who pride themselves as “kingmakers” in regional politics. On the other hand, while many print journalists have been actively invoking RTI to mine information, this is often confined to what the editorial policies and marketing strategies of the news companies consider as relevant for their target audiences. Information mined by concerned citizens or citizen groups on a range of issues is not reflected in sufficient measure, especially if these audience groups do not fall within the boundaries of “monetizable” readership. In such a scenario, vital information procured through RTI loses its vigour since any information is useful in so far as it generates sufficient publicity to incite action. The government should consider mandating the mainstream media – at national, regional, and local levels – to provision regular RTI revelations concerning key government departments’ projects and decisions in their daily news coverage. This is especially important in light of declining resources available within the mainstream news media for investigative reporting and a sharp decline in the investigative component of business journalism. After all, most of the recent “exposures” have resulted from the painstaking groundwork of alert bureaucrats, rival politicians, public ombudsmen, and civil society activists. While the media certainly amplified their visibility, they were neither initiated nor incubated by mainstream commercial media organizations.

Sahana Udupa is a doctoral candidate at the National Institute of Advanced Studies, Bangalore, India. Her work explores the interface between the globalizing city of Bangalore and the news cultures that have emerged since 1990, with a broader goal of theorizing the inter-relationship between contemporary journalistic practices and formation of publics. She was a Spring 2010 Visiting Scholar at the Center for Global Communication Studies, Annenberg School of Communication, University of Pennsylvania.