Guacamole, or so BBC has claimed, is “undoubtedly one of Mexico’s most popular dishes,” dating back to the times of the Aztecs. Thanks to Pancho Villa and Old El Paso’s spice mix, guacamole has conquered European lunch and dinner tables from Norway to France, from Switzerland to Spain. Served as an appetizer or a side dish, guacamole is a versatile culinary delight.

The basis of guacamole is smashed ripe avocados. Most of the avocados sold in European supermarkets originate from a handful of countries. In Switzerland, for instance, most avocados are imported from Chile, Peru and Spain. In 2020, Switzerland imported roughly 19,000 tons of avocados. Over the past several decades, avocado imports have skyrocketed across Europe. In Germany, for instance, between 2010 and 2015, avocado imports rose from 28,000 tons to 45,000 tons; by 2020, it imported more than 118,000 tons, reflecting an ever-growing demand. Once considered an exotic fruit, today the avocado has become a staple as common as the good old potato.

The reason for the popularity of avocados is hardly a secret. Like blueberries and quinoa, avocados count among today’s “superfoods.” They are not only a great source of nutrients and fibers but also, more importantly, of “heart-healthy monounsaturated fatty acids.” Avocados are supposed to be able to lower cholesterol and triglyceride levels and thus reduce the risk of heart disease. At the same time, they contain antioxidants that might reduce the risk of contracting certain types of cancer. Health-conscious consumers buy avocados, so do trendy urban Green-voting hipsters, vegetarians and vegans.

For many of them, avocados are not only a delicious ingredient, but a lifestyle. Unfortunately, more often than not, the environmental consequences of a healthy diet are disastrous, particularly in the case of avocados.

The Right to Water

Avocado production is highly water-intensive, roughly 70 liters per fruit, more than 12 times as much as it takes to grow a tomato. (Avocados, like tomatoes, are a fruit, not a vegetable.) Ironically enough, most avocados are grown in relatively arid regions. In California, for instance, whose avocado output amounts to several hundred million pounds per year, the fruit is grown in the southern parts of the state, from San Luis Obispo to San Diego, in the desert. For that is what Southern California is — a “natural desert irrigated by man into a sense of artificial lushness.” It takes a bit less than 75 gallons (about 280 liters) of “blue” water to grow a pound of avocados. Blue water comes from rivers, lakes, streams and aquifers; it does not include rainfall (“green” water) or recycled (“grey”) water.

In late 1972, Albert Hammond stormed the charts with his song “It Never Rains in Southern California.” The title was a bit of an exaggeration. It does rain, on occasion, yet hardly enough, particularly in recent years. In the mid-2010s, California was faced with one of the most severe prolonged droughts in its history. With climate change, the situation is likely to get even worse. At the time of the drought, one commentator admonished her readers that “you should think twice before eating avocados.” That was in 2015. Yet her words are as pertinent today — and arguably even more so — as they were then.

Take the case of Chile, a top exporter of avocados. In 2019, Chile exported some 145 thousand metric tons of its avocado crop. Most of the exports went to Western Europe, with the Netherlands topping the list. In fact, the Netherlands imports more avocados from non-EU countries than all other member states combined. By 2019, the country accounted for almost two-thirds of EU avocado imports from non-EU countries. More than 90% of imported avocados are reexported to the rest of the European Union after being inspected and repackaged.

Chile is a main supplier of “Dutch” avocados, second only to Peru. In Chile, avocados are primarily grown in the Petorca province, the northernmost part of the Valparaiso region, some 200 km north of the capital, Santiago. In Petorca, water is relatively scarce, “with droughts happening once every seven years.” Yet as an article in The Guardian has claimed, in Petorca, “every cultivated hectare requires 100,000 litres of water per day, an amount equivalent to what a thousand people would use in a day.” In 2019, the Chilean government declared a water emergency in the province.

Since 2016, the people living in Petorca have been allocated 50 liters of water per day, a fraction of what avocado trees need. In fact, the water shortage has been so acute that water was being delivered by trucks. When the water was tested, it contained levels of coliform bacteria far above the legal limit, causing diarrhea among children.

The fact is that in the major avocado exporting countries in Latin America — Mexico, Chile and Peru — the primary form of production has been “through plantations where avocados are grown in monoculture. This type of agriculture is associated with high water usage due to a heavy reliance on irrigation systems and management practices that degrade soil quality and thus, its water-holding capacity.”

According to international conventions, access to safe water is a fundamental human right. In 2020, Leo Heller, the UN special rapporteur on the human rights to drinking water and sanitation, admonished the Chilean government that it failed to meet its international human rights obligations if it continued to prioritize “economic development projects over the human rights to water and health.” In April 2020, the Chilean government resolved to increase the daily water allowance for Petorca’s residents to 100 liters.

A week later, it revoked the resolution, most likely in response to pressure from the avocado industry. For, as Heller noted, in the meantime, the Chilean government not only continued to “grant new water rights to agricultural companies” but also failed “to control the illegal and excessive use of water by avocado companies.” So much for sustainable development.

This holds true even more for the globe’s number one avocado exporter — Mexico. Most of the Mexican avocados are produced in the state of Michoacan, just west of Mexico City. Most of these avocados are exported to the United States. When it comes to avocados, Mexico is a superpower. In fact, according to the UN, Mexico “controls half of global avocado trade.” Avocados are a lucrative commodity, attracting unsavory characters, most notably Mexico’s notorious drug cartels, extorting “producers, transporters and packers to gain control over the sector.”

At the same time, the expansion of avocado production for export to the Unites States has had a devastating impact on the region’s flora. According to local officials, every year, more than 20,000 hectares of forest land have been converted into avocado plantations, resulting in massive deforestation, which in turn has taken a toll on biodiversity. At the same time, the focus on avocados has jeopardized food security in the region, with the cultivation of the cash crop supplanting local staples.

Finally, there is the problem of virtual water. Virtual water refers to the amount of water embedded in the production of a commodity. The virtual water content of avocados is exceedingly high. Avocados exported from Mexico, Peru and other developing countries to Western Europe and North America translate into massive amounts of virtual water imported from water-scarce to generally water-rich countries.

The UK is a case in point. In 2017, the country’s avocado intake from its five most important suppliers (Peru, South Africa, Chile, Israel and Spain) was estimated at over 25 million cubic meters annually, “equivalent to 10,000 Olympic-sized swimming pools.” As a result, a recent scientific article notes, “the overexploitation of water underlying the avocado trade flows may end up worsening environmental conditions in many relatively poor countries in which the export of avocado is often regarded as an important source of economic growth.”

The situation is likely to get even worse given the growing demand from China. Both Chile and Peru have free trade agreements with China, granting them privileged access to the Chinese market. In the six years between 2012 and 2017, the amount of avocados exported to China increased from 1,500 tons to over 32,000 tons. In Latin America, avocados are seen as “green gold.” Unfortunately, as been the case throughout history, gold tends to cloud the human mind and, eventually, turn into a curse. 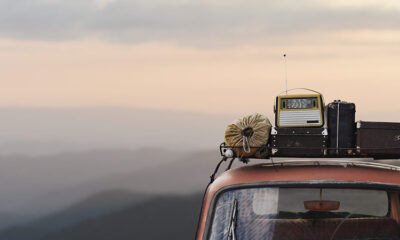