Innovation is essential for sustainable growth. Countries should maintain their R&D investments and cooperate internationally to protect their innovation momentum in the face of low-growth scenarios.

The Human Brain Project (HBP), a global, 10-year scientific research project aimed at advancing the understanding of neuroscience, brain-inspired computing and brain-related medicine, got under way in 2013. This European Commission initiative, born from the seminal work of Professor Henry Markram, from École Polytechnique Fédérale de Lausanne (EPFL) in Switzerland, provides the scientific community with the infrastructure to collaborate and make new inroads into the study of neuroscience, and a total funding of €1 billion.

Such cooperation isn’t unusual in Europe. The EUREKA program, a publicly-funded, intergovernmental network involving over 40 countries, was created in 1985 to enhance European competitiveness by “promoting innovation across borders.”

Government policy, strong research and development (R&D) spending and coordination characterize groupings such as HBP and EUREKA. These factors also make countries more innovative. Switzerland yet again tops this year’s Global Innovation Index (GII), ahead of seven other European countries in the top 10, Singapore (ranked 6th) and the United States (4th). Switzerland and its peers got top marks across major pillars of our index, such as the strength of institutions, infrastructure, human capital, and research and market sophistication.

The index, a collaboration in itself between INSEAD, Cornell University and the World Intellectual Property Organisation (WIPO), finds that investments in R&D and innovation are central to economic growth; helping developed countries reinvent themselves in times of economic decline and emerging countries answer their societies’ growing needs.

While science and innovation are more internationalized and collaborative than ever before, countries sometimes tend to perceive each other as contenders rather than collaborators. Countries can overcome this by approaching innovation as a global positive effort instead of a zero-sum game.

We also find that sustained investment is critical. It may be tempting to scale back investment during times of low-growth or economic uncertainty, but it pays to keep it up as “stop-and-go” approaches quickly erase progress made in previous years.

China still only spends a small share of its research budget on basic R&D in comparison to the leaders, but its expenditures are getting closer to those of rich countries. It makes a symbolic entry into the GII top 25 this year, the first middle-income country to do so. The top 25 typically comprises high-income countries. China’s progress has been remarkable in innovation quality, output and efficiency.

Similar improvements have also helped other middle-income countries such as Bulgaria (38), Costa Rica (45) and Romania (48).  Among the lower-income countries, Moldova (46), Ukraine (56) and Vietnam (59) all outperform their peers in the same income group by at least 10%. Thus, China’s progress can be seen as a harbinger for future advancements, bridging the divide between rich and poor countries, an ongoing and defining feature of the GII.

Governments will be crucial in this endeavor, not just in facilitating an environment conducive to research and development of innovations, but in facilitating international collaboration, and actively supporting a global innovation governance framework. Such a framework would have to be flexible enough to accommodate the dynamic nature of innovation and facilitate the mobility of scientists, funding and co-financing schemes.

Britain’s recent decision to leave the European Union (EU) is a case in point. Some “Brexiteers” and other anti-European Union (EU) activists have claimed that small, nimble economies are more open and better able to weather crises and, therefore, require less international collaboration.

Indeed, the GII’s research does show that small, open trading nations like Switzerland and Singapore are world leaders in innovation. But the notion that they do it while not part of a major grouping such as the EU is to miss the bigger picture. Both are truly integrated, global markets that collaborate heavily with bigger neighboring economies and indeed global ones. Switzerland may not be part of the EU, but it plays a central role in projects such as the Human Brain Project with its European partners, and builds pan-European infrastructure such as the new Gothard tunnel.

Quality is just as important as quantity of innovation. Since 2013, GII has been tracking innovation quality by looking at the level of local universities, internationalization of local inventions and citations of research.

In this regard, not only is China is at the top of the middle-income group, but it outscores some high-income countries in the quality of universities and research citations. A number of other top-scoring middle-income countries helping to close the gap between rich and poor countries, including South Africa (54), India (66) and Brazil (69), all have scores to rival China’s in terms of universities and citations.

Policymakers should bear in mind that policies matter, and have a key role to play in developing an innovation mindset while reducing sentiments of nationalism and fragmentation. This starts with education, where creating excitement about science and encouraging risk-taking will spark a curiosity that students will carry into their working lives.

This is especially crucial as innovation increasingly takes the form of management practices and business or organizational models, beyond technical creation. Global innovation is crucial for countries to avoid low growth or mitigation scenarios, but it won’t come about without coordination and good policy.

*[The GII is created by INSEAD, the World Intellectual Property Organisation (WIPO) and Cornell University. It covers 128 economies around the world and uses 82 indicators across a range of themes. This article was originally published by INSEAD Knowledge, a partner institution of Fair Observer. Copyright © 2016 INSEAD Knowledge.] 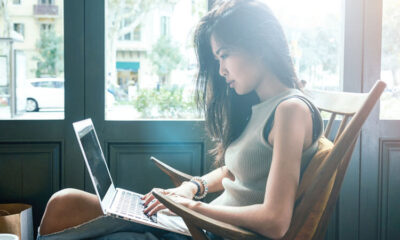 What Traits Entrepreneurs Need to Succeed 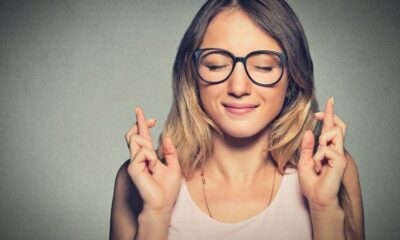 Why Luck Is the Silent Partner of Success 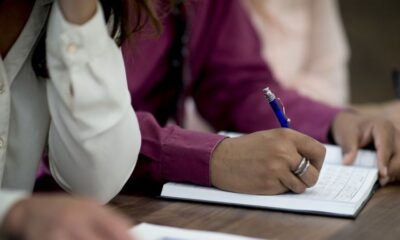 Does More Trouble Lie Ahead for Indian Startups?