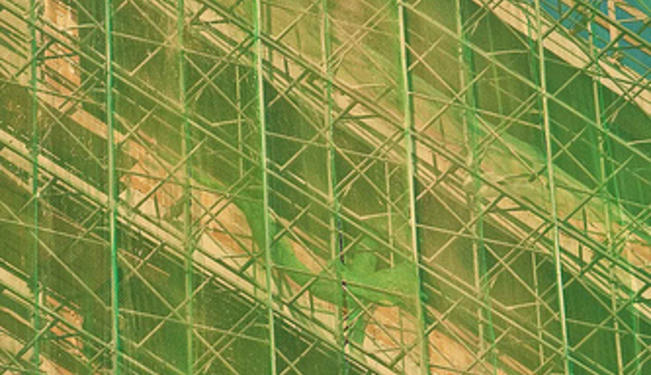 For almost a decade now, China has followed a mercantilist growth strategy, which has involved maintaining a deliberately cheap exchange rate to boost exports and growth. Crucial to this policy has been China’s choice to keep the economy relatively closed to foreign financial flows. Had it not done so, foreign capital chasing the high returns in China would have put upward pressure on the Chinese exchange rate and undercut its ability to export. India, on the other hand, is steadily if stealthily dismantling its capital controls, foregoing the ability to emulate the Chinese growth strategy. Why so?

But this imbalance narrative has obscured the first-order and potentially paradigm-shifting lesson about Chinese mercantilism: it promoted unprecedented growth, raised consumption dramatically, reduced vulnerability to risk, and facilitated China’s rise as an economic superpower.

Growth: Chart 1 plots the GDP performance of six of the fastest growing Asian countries during the period of stellar performance (the starting point is indicated in the legend). The period of Chinese mercantilism corresponds to the last ten years on the China line. The chart highlights that it is in this period that China’s performance literally went off the charts, compared to its own history and to that of other comparable countries.

Consumption: Critics of China’s policy argue that while mercantilism has been good for producers, it has imposed costs on Chinese consumers. In support they cite China’s consumption as a share of GDP, which has declined dramatically to about 35 per cent. But this is misleading, and Chart 2 shows why. It is in the period of mercantilism that China delivered the fastest growth rates of consumption for the average Chinese citizen — faster than that posted by the Asian economies during their miracle years. The reason is simple: even though the share of consumption in GDP was declining, GDP itself was rising so dramatically that absolute consumption levels surged.

Mitigating risk: Why is this experience potentially paradigm-shifting? Because it questions a fundamental tenet of development held since the 1950s: poor countries were poor because they did not have enough savings and hence investment. Escape from poverty through higher levels of investment required countries to be open to foreign capital flows. In macroeconomic terms, rapid growth required countries to run current account deficits as the counterpart of the foreign flows.

China did almost the opposite. It kept itself relatively closed to foreign financial flows (while allowing foreign direct investment) and despite doing so managed to increase investment dramatically and post humanity’s most dramatic economic transformation: indeed, it was able to generate so much domestic savings — far in excess of its investment needs — that it has been shipping them abroad for nearly 15 years now.

This conjunction of rapid growth and consumption and reduced reliance on foreign capital had the collateral benefit of reduced vulnerability to macroeconomic instability and crisis. Recall the pattern of classic balance-of-payments crises in emerging markets: in the build-up, foreign capital poured in which drove up domestic asset prices, increased consumption, worsened competitiveness, and fuelled large external deficits and imbalances. Then, some event or policy triggered the sudden stop, and capital headed for the exit, wreaking havoc in its wake.

This pattern has been notably and depressingly regular: Latin America in the 1970s, Asia in the 1990s, eastern Europe in the 2000s, and the PIGS (Portugal, Ireland, Greece and Spain) of Europe most recently. India ignores this pattern.

Power: Mercantilism not just reduced reliance on capital, it actually allowed China to become a large net creditor to the world. History suggests that economic superpowers are creditors. That was true of the British Empire and of the US, whose power has ebbed in recent years in part for having become a net debtor. Of course, China has incurred costs in accumulating its $3.2tr dollars of foreign reserves. But the world needs that cash and the borrower’s neediness is the creditor’s power, which China has exercised around the developing world and may do so in Europe too.

Now, how much of this combination of faster growth, rising consumption and savings surfeit was due to mercantilism and a closed capital account, as opposed to other factors, will be debated — but the strong correlation invites others to show that all these positive outcomes were not due to mercantilism, or that they were not so positive after all.

Acknowledging the success of Chinese mercantilism in the past is entirely consistent with arguing that China should gradually graduate from it in the future. The benefits are starting to be outweighed by the rising costs, including the costs that China is inflicting on others.

But if mercantilism has this beggar-thy-neighbour aspect, is it consistent with internationalism to advocate it for India? Yes. India should avoid egregious Chinese mercantilism, of deliberately and for long periods maintaining a cheap exchange rate. But there is no reason India should, by liberalising capital flows, deprive itself of the tools to prevent currency overvaluation, lower growth, and greater susceptibility to macroeconomic crises. There is a middle path between repelling capital inherent in Chinese mercantilism and recklessly embracing it as India has chosen.

When the history of this period is written, the irony will not go unnoticed that a government led by eminent macroeconomists exhibited uncharacteristic boldness in the one area — dismantling capital controls — where theory and the accumulating evidence screamed caution.

*[This article was originally published by Business Standard on January 25, 2012].