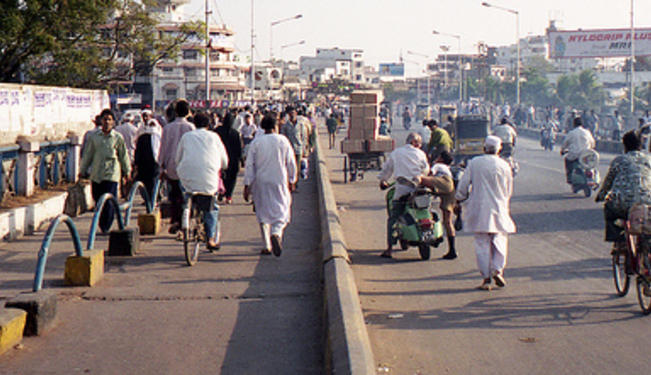 India must take decisive action to upgrade its infrastructure and cut down on its bureaucracy if the country is to achieve economic prosperity.

As it prepares to host the largest population in the world, India’s poor wealth distribution, government regulations, mountains of bureaucratic red tape, caste-based politics, and urban/rural disparity cannot escape criticism or analysis. With 400mn of its 1.2bn people living in abject squalor, poverty is certainly the nation’s most pressing problem, the primary cause of which is an economy resting on shaky foundations.

Though India is a significant BRIC member and a leader on international platforms like the WTO, its role as a dominating financial market in the future is contingent upon its capacity to further open its economy and introduce ways to facilitate capital investment, (for instance, assisting account convertibility to expedite transactions of finances on market-determined rates), and capitalize on its trade—which for the past 15 years has been almost stagnant with the US and Japan.

Despite a sustained period of economic growth in recent decades due to widespread economic reforms in 1991, India’s budget deficits and public debt have remained large. This has been the result of the fact that India became a spending-oriented political economy bound by a depleted revenue system and financial restrictions that allow weak fiscal balances to persist with insufficient market stress. Current IMF projections predict India’s real GDP to decline from 7.8% growth in 2011 to 7.5% in 2012, and its consumer prices to fall from 10.6% to 8.6%. The nation’s list of economic woes (among them a rising financial inequality, a lackluster approach toward necessary reforms to increase deregulation, a huge budget deficit, and high inflation) explains why India’s exports add up to under 1% of global trade as China commands 9%, and why its 76 trading ports pale next to China’s 172, according to the World Port Source. For India’s economy to remain in contest with China’s, it must begin from ground level by modernizing its foundations.

India’s infrastructure—the very foundation of development—is literally crumbling under the weight of progress. Staples of a functioning economy like modern highways, world-class airports and reliable power are in desperate short supply, deterring firms from expansion and causing corporations to invest in more dependable areas. India’s infrastructure deficit has reached such unprecedented heights—it forks over $10 billion per year on losses from congestion and poor roads alone—that it might undermine the prosperity that finally seems to be within its reach. Yet, India is the leading producer of scientists and engineers in the world today. Since economic motivation among Indians is so high, how does one explain India’s extreme destitution?

Part of the blame can be put on India’s bureaucracy-riddled economic model, where inefficient government regulations and strict labor laws hinder advancement. When compared to China’s authoritarian yet highly successful economic progress, where its tremendous growth has been led by the state, doubts arise about the capacity of the democratic system to bring about effective fiscal and developmental policy.

Many argue that India would benefit from a fusion of an authoritarian regime combined with its existing liberal economic system. China’s explosive 10% annual growth rate mayrepresent a viable alternative path to healthy economic performance. The Asian tigers’ financial muscle can be attributed to the state’s capacity to enact developmental policies with insulation from the pressures of large firms or unions, which in a democracy impede progress. This is a question that can be mulled over, but one argument is self-evident: India must follow the example of China, whose own economy was in the same position some two decades ago— India must undergo a massive upgrade initiative concentrated on solidifying its infrastructure to meet world standards.