Debate has raged for centuries over the causes of poverty, and the views expressed have not changed significantly over that time. The same ideas come in and out of fashion as seasons and sentiments change. Each person finds some potential cause that attracts them and presents it as poverty’s so-called “root cause.” Correlation and causation get jumbled together as experts write papers to promote their own conclusions and to prove their opponents wrong. But what if everyone in this debate is actually right?

In “Reframing Poverty,” I summarize the four main views of poverty that have been around for hundreds of years. Surprisingly, the view a person chooses reflects their answers to two fundamental questions: Are the poor, generally speaking, like me (as a self) or different from me (as an Other)? Is poverty an individual or a systemic issue? How one answers these two questions will determine one’s place in the ongoing poverty debate.

A structural view (systemic issue affecting people like me) argues that the poor do their best to escape poverty, but traps and barriers keep them where they are. A trap consists of mutually reinforcing challenges, such as when you need money to pay for childcare, but you need childcare so you can look for a job. Barriers include things like racism, sexism, lack of education or lack of job opportunities that prevent a person from receiving the reward for their good efforts.

A cultural view (systemic issue affecting people different from me) claims that there is a coherent set of attitudes and behaviors — a “culture of poverty” — that keeps people poor. Adults transmit this culture to the next generation through parenting styles and through the community’s self-defeating beliefs about the world.

A contextual view (individual issue affecting people like me) acknowledges that the bad behaviors of the poor perpetuate their poverty but suggests that these behaviors make sense within the absurd context in which the poor live. This view currently draws on brain science to show that conditions of scarcity can reduce cognitive capacity by up to 14 IQ points — the so-called “bandwidth tax” — producing bad decisions that the person would not make if they were not poor.

A behavioral view (individual issue affecting people different from me) claims that the self-defeating behaviors of the poor result from a lack of ability, motivation, or willpower.

Each of these views implies its own solutions to poverty. The structural view demands new investment in housing, education, transportation, etc., in order to dismantle the traps and barriers that keep people poor. The cultural view proposes interventions within families and communities to improve parenting skills and to foster positive attitudes. The contextual view argues for universal basic income and other supports to relieve the stresses that promote poverty-perpetuating behaviors. The behavioral view wants to cut social programs for the poor, or at least to impose behavioral requirements (like working at a job) on those receiving benefits. And so the debate goes on and on.

If sincere, thoughtful people have expressed all four views of poverty for centuries, then each view probably contains at least some part — but not all — of the truth. Certainly, the poor are in some respects like me and in other respects different from me. Certainly, the poor, like all of us, face the consequences of their own actions, but at the same time they inhabit a systemic context where the consequences of an individual decision can prove catastrophic.

Common sense also supports the assertion that each view contains some truth. Somewhere a hardworking man cannot find a job despite his best efforts. Somewhere a father bestows upon his daughter a worldview that will not serve her well in life. Somewhere the stresses of poverty erode a mother’s ability to care for her children the way she knows she should. Somewhere there is a poor and pregnant teenager who really should have known better.

If all of these views are true in some way, then why do we each choose the view we do? Where do our answers to those two fundamental questions come from? They likely come from our own experience, or from our family’s experience, of poverty. Only 200 years ago, 84% of humans lived in what the World Bank now calls poverty (on less than $1.90 per day, roughly, accounting for inflation). Most of us can probably point to an ancestor who genuinely struggled to survive and whose name we know. How our own ancestors escaped poverty, or why they were unable to do so, likely shapes our understanding of poverty today.

Integrating these different views of poverty is not just a cognitive exercise. It is an emotional process of looking at what we believe about poverty and why. When we look inside ourselves, we may find an uncanny connection between our own lived experience and the solutions we are proposing out in the world. But leaders of change undermine their own effectiveness when they fail to distinguish between what the poor really need and what they themselves feel fulfilled in providing. Many end up simply projecting the emotional baggage they carry forward from the past onto the lives of others.

Integrating the poverty debate requires not just that we listen to other views, but also that we expand the emotional place from which we listen. It requires that we integrate our own thoughts and feelings through an often painful process of self-awareness and reflection. Only then can we share that integration with a world that so badly needs it. 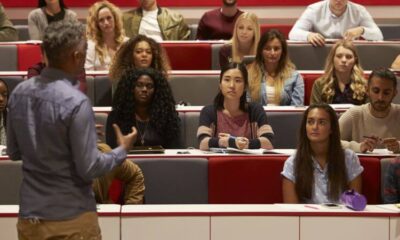 Service-Learning Trips: What Not To Do 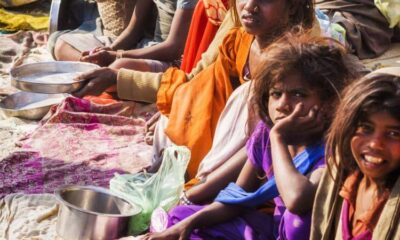 What Inspired Me to Help Poor Children in India 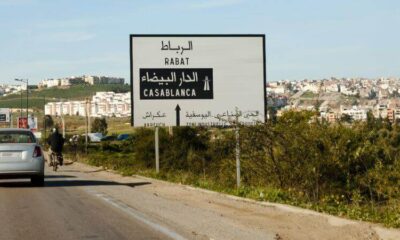