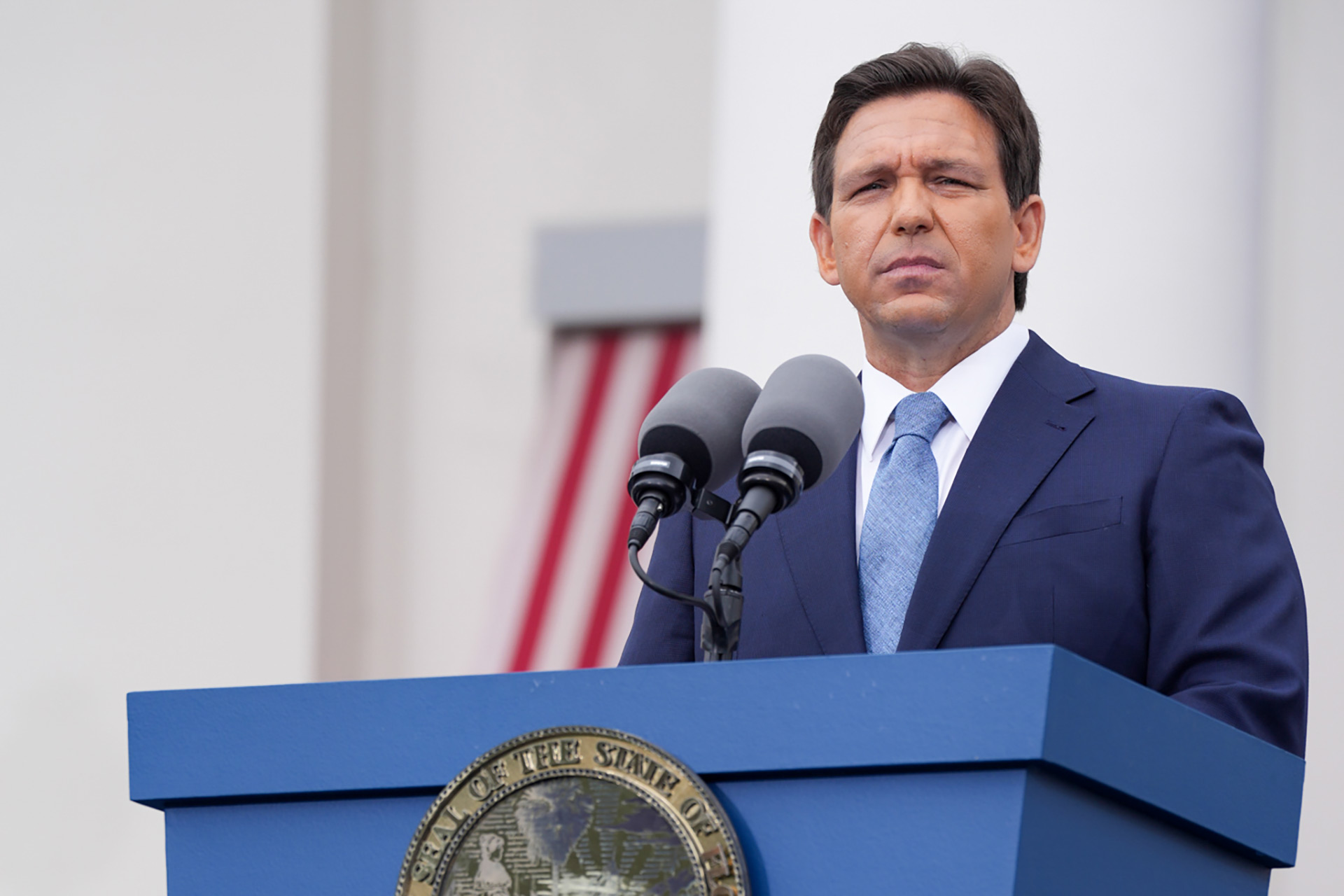 In this age of aggravated disinformation, responsible Americans in a position of political power are doing their utmost to cure the nation of the plague of propaganda coming from two suspect sources: the people via social media and academia. Florida’s Governor Ron DeSantis stands above the crowd in his commitment to defending the truth by assiduously banishing anything that strays from it. The man most pundits believe likely to snatch the prize of a Republican presidential nomination from the possible repeat offender, Donald J Trump, understands his constituents’ urgent desire to elect someone capable of protecting them from all those evil promoters of deviant discourse.

De Santis has already taken measures to ensure that his state has on its books the kind of politically useful laws that empower him to carry out his aggressive crusade in defense of the increasingly maligned truth of what he and his voters think of as “real America.” Or, stated with more accuracy, white America. In this new year, the governor has chosen to focus his ire on a pilot program adopted by the US College Board that is being rolled out to 60 high schools across the country. De Santis is the defender of sacred truth who will make sure that the pilot cannot drop his subversive bombs on Florida’s soil. The course in question, as described by the BBC, is “a new advanced-level high school course that teaches African American history.”

De Santis specifically complained that the proposed course “lacks educational value and is contrary to Florida law.” By educational value he undoubtedly means serving to reinforce the values (also known as prejudices) he and his pool of voters embrace. Nevertheless, he is ready to offer the historians who contributed to the misleading content of the course a chance to redeem themselves. “In the future,” the Florida Department of Education generously specified in a letter, “should the College Board be willing to come back to the table with lawful, historically accurate content, [the Department of Education] will always be willing to reopen the discussion.”

The latest permutation of the individualism that characterizes modern US culture can be found in the right of anyone to complain about someone else’s disinformation or misinformation. Whether it’s dis- or mis- depends on the evaluation of the other’s intent. And there are subtle ways of analyzing intent, as any well-schooled Freudian should know. Because it concerns the distortion of information – which many believe to be synonymous with truth – the complaint isn’t merely an objection. It quickly takes the form of an accusation. In a land where problems are definitively solved either by lawyers or by guns, whereas a complaint may lead to an empathetic response, an accusation implies a crime.

Of course, both mis- and dis-information are considered bad and potentially criminal, but misinformation appears to be the lesser evil. It comes with the excuse of not paying attention. Humphrey Bogart provided an example of its innocence in a scene from the iconic movie, Casablanca. When Bogart’s character, the disabused owner of Rick’s café, explains to an astonished French captain charged with policing Casablanca that he came to the city for its waters, the captain replies that there are no waters in Casablanca. Bogart curtly responds: “I was misinformed.”

Disinformation is another kettle of fish. It implies a strategy of deception, designed to undermine the truth. That’s why it has become so convenient for politicians to complain about someone else’s disinformation. It not only implies that they, and they alone, know the truth, but also that the truth is being unjustly attacked and they are ready to stand up to valiantly defend it. De Santis has chosen that heroic role because he knows that most Republicans believe that historical truth is nothing more than what past generations promulgated in the name of patriotism. No need to rethink it. Our forefathers worked it out. According to their mindset, history is not about investigating the past, it’s about reinforcing a sense of patriotism.

Patriotism typically appeals to the increasingly vague notion of “values.” The New York Times describes De Santis’s chosen campaign strategy in precisely those terms. “He is weighing a Republican presidential run based, in large part, on foiling what he sees as liberal values in schools, companies and government.” The candidate’s job is made easier by the fact that instead of celebrating positive values, he can simply spend his time “foiling” values Republican voters have been trained, like Pavlovian dogs, to spontaneously execrate.

The Republican Party Beyond Trump

This kind of campaign reveals a significant shift in the traditional American ideal, once innocently summed up as “motherhood and apple pie.” All civilizations and cultures are defined by their “core values,” a term anthropologists use to describe the multiple criteria employed to categorize and judge behaviors widely shared across any society as largely unquestioned assumptions about the world. For example, promptness or speed of delivery has become a core value in US culture, whereas in other cultures, taking one’s time may be considered a virtue. Values tend to be confused with virtues. Standardized behaviors tend to take on a moral quality in people’s minds.

In the context of the omnipresent “culture wars” that have dominated political debate in recent decades, the idea of values has become increasingly weaponized. Instead of using values in an effort to harmonize social relations, politicians use them to condemn and punish others. In today’s exaggerated consumer culture, the meaning of “values” has drifted even further away from the traditional association with the shared public perception of social virtue. It has now become nearly identical with personal preferences. We now speak of the individual’s right to value what he or she is attracted to at that moment. Once that happens, any hope of achieving social harmony – whether built around commonly perceived behavioral virtues or patriotism – becomes futile. Everything, even family life, becomes a war of “my values” vs. “your values.”

Until 1821, nearly fifty years after the original thirteen colonies earned their independence from Britain, Florida, a Spanish colony, at least in theory accepted the authority of the Spanish Inquisition. For centuries, that institution, created in the late Middle Ages and later empowered to root out heretical expression and thought, turned out to be very effective in enforcing at least a superficial social harmony through the agency of fear. Eventually, however, it spawned a reaction when people began calling into question the idea that enforced conformity could produce anything more than short-term and short-sighted social harmony. Though theoretically concerned with “eternal truth,” the Inquisition merely accelerated the movement to break free of its despotic management of human behavior.

Could it be an unconscious desire on De Santis’s part to return to Florida’s past, a time when the Spanish Inquisition still exercised its authority, that provoked him to ban the proposed course on black American history? Or could it be a different historical precedent that guides him: the fact that Florida was part of the Confederacy whose culture insisted that anything white, including history, is superior to anything black?

More likely than both of those possible historical influences is the fact that, despite a certain change in American laws, customs and habits since the 1960s Civil Rights movement, despite the media’s relentless effort to feature the talents and intelligence of black Americans, ingrained racism is still a feature of the American psyche, especially of the archetypal psyche inherited from the past. Both conscious and unconscious racism exist today, simply because they are associated with other traditions from the past. Cultural nostalgia is never totally innocent. Political opportunists like Ron De Santis not only know that but they also know how to exploit this nostalgia for electoral advantage.

That is one reality that is historically accurate.