Recently, I came upon a blog written by a well known yoga teacher by the name of Gregor Maehle. In it, Maehle berates Sharath Rangaswamy, a young Indian teacher who, as it turns out, is the grandson of the late Pattabhi Jois, founder of Mysore Ashtanga yoga. Several women had come out with allegations of sexual misconduct against Jois in recent years, and he had become an object of revulsion in the yoga community — for good reason. As in the military, academia and the entertainment industry, several cases of sexual impropriety had come to light in the yoga world — notably the Bikram Chowdhury scandal — and in some cases justice was not served as promptly as it should have been.

But Pattabhi Jois had passed away years ago. Not satisfied with demolishing his legacy, Maehle and a posse of disgruntled yoga teachers were going after his family, especially his grandson. In his blog, Maehle is openly racist, asking not only for an apology but demanding that Rangaswamy atone for the sins of his grandfather and implying that him and his family would have amounted to “nothing” if not for the good graces of the white people who patronized them, saying Westerners “travelled around the world (sometimes overland in those days), found and promoted your grandfather. Without those guys your grandfather would have remained obscure.”

Maehle continues with condescending comments, repeated multiple times, to make sure Rangaswamy — and South Asians in general — get the message about their collective inferiority: “With no students in your grandfathers [sic] house, what would you have done after your [sic] finished your electrical engineering degree? Set up a yoga shop to teach the citizens of Mysore? … Think about it, if it wasn’t for you being born as grandson of KPJ where would you be today?”

Exploitation of the weak and vulnerable, sexual or otherwise, is indefensible and ought to be condemned unequivocally. But what we are seeing in the yoga world is a different type of beast. Here, the actions of a few individuals are being used to tar the entire tradition with a broad brush, in effect throwing out the baby with the bathwater, only to be replaced by an unrecognizable creature, one entirely shorn of its south Asian roots and pedagogy.

What we are seeing is a form of cultural genocide masked as “wokeness.” Appropriators will make all the right noises about patriarchy, predatory capitalism and climate change while participating in colonial-style plunder and undermining the contributions of one-fifth of humanity.

Few years ago, a Canadian college dropout-turned-yoga blogger, Matthew Remski, self-published a book called “Threads of Yoga,” which he calls a “remix” of Patanjali’s Yoga Sutras. The book, in a nutshell, denies that there is any value to the yoga philosophy contained in the original text and replaces it with pretentious psychobabble. Here are some gems from the book:

“Dialogue eschews the comprehensive, and, continuing late into the night by flickering candles, elevates the elliptical.”

“The hermeneutic flow from de-familiarization to open-source and demystification tends to have an embodying effect.”

“External sensations of the proto-epithelium in the zygote are the stimulus for the invaginating growth of the central nervous system: we gain the capacity to feel and to think quite literally by being surrounded and touched.”

The above is an example of what passes for erudition among North American yoga practitioners and is a perfect example of cultural appropriation. Indian American scholar Shreena Gandhi, a historian of religion, race and empire at Michigan State University, in a paper titled “Yoga and the Roots of Cultural Appropriation” tries to unpack this phenomenon.

According to Gandhi, “Yoga, like so many other colonized systems of practice and knowledge, did not appear in the American spiritual landscape by coincidence; rather, its popularity was a direct consequence of a larger system of cultural appropriation that capitalism engenders and reifies. While the (mis)appropriation of yoga may not be a life-threatening racism, it is a part of systemic racism nonetheless.”

All of us who practice yoga were initially drawn to it for a source of nourishment outside of the hollow and inadequate societal anchors of materialism and consumerism that fail to nourish or empower people in a substantive manner. As Gandhi writes, “People are searching for these things without even understanding why there is a void in the first place. Few white people make the connection between their attraction to yoga and the cultural loss their ancestors and relatives experienced when they bought into white dominant culture in order to access resources.”

To further complicate the picture, some of the most strident voices against appropriation come from the religious right, from fundamentalist zealots who advocate for disenfranchisement of religious minorities in their countries of origin. Yoga is touted by the Hindu right as a badge of national identity, so that an enormous section of the majoritarian population unthinkingly embraces its chauvinistic identity politics. This, however, does not mean that white privilege — or what Gandhi called “cultural grabbing” — does not exist or should not be addressed.

Whitewashing is alive and well, and has gone way beyond mere appropriation. We are talking about the willful erasure of an entire pedagogy and means of knowledge production. As Gandhi says, “Dominant culture socializes white people to consciously or unconsciously misuse power and relate to others from a false sense of superiority. Because most white people are not taught to confront and examine the painful and uncomfortable realities of racism, and their complicity in it, the cycle of oppression, repression, and consumption continues.”

Another of Remski’s books, titled “Practice and All Is Coming,” after Pattabhi Jois’ pet phrase, collates the accounts of several women molested by him. While these stories are necessary, Remski has been accused of using unsubstantiated and anonymous sources to buttress his case, bullying the Ashtanga community members who chose not to endorse him and indulging in lurid, tabloid-style gossip. Such statements do not invite derision or scorn, as one might expect, but instead are lapped up by his acolytes.

A senior Ashtanga teacher, Magnolia Zuniga, in her Amazon review of the book says: “I’ve always known this story needed to be told. It’s been a dark cloud hanging over the community. After decades of silence, I am very happy these women’s voices are finally being heard.” But she also understands why many community members will dismiss the book outright, “not only because denial runs deep but also because of the intensity and fervor with which Remski targeted some in the community over the past few years. His ‘research’ felt personal, predatory and vengeful.”

She goes on: “He seemed to relish getting into word wars with community members who were clearly confused and suffering. Instead of building bridges in order to help facilitate healing he created more and more divisions.”

What we are seeing is a “cancel culture” taken to an extreme. Here, it’s not only Pattabhi Jois that Remski and his followers would like to “cancel,” but his extended family, grandchildren and former students. Indeed, all who follow a lineage-based tradition are shamed and dehumanized as irrational cultists with no agency or critical awareness.

A case in point: Karen Rain, a former yoga teacher, alleges that she was assaulted by Jois in Mysore decades ago. Like Remski, she is not satisfied with merely exposing his predations and demolishing his legacy. In her quest for retributive justice, Rain is campaigning to implicate the entire Ashtanga community as somehow complicit in Jois’ crimes and holding them personally responsible for her travails.

Rain also claims that Maty Ezraty, a senior teacher who passed away a few months ago at the age of 55, died because she was “eaten up” by guilt. “Don’t people ever wonder why Maty Ezraty, who was one of the most accomplished asana practitioners in the world, died of unknown natural causes when she was only 55?” Rain asks in a Facebook post. “Perhaps, in part, her ‘off the record’ comments ate her alive?” Here, Rain is referring to comments that Ezraty made about Jois’ conduct in a private conversation with Remski.

Clearly, lack of consent is not a deterrent in the world of tabloid journalism. Remski uses his familiar tactic of exploiting people after their death, in this case a respected yoga teacher, shortly after her memorial service. Exhuming mute corpses from the grave for self-promotion and using them as exhibits in the kangaroo courts of social media is evidently what passes for due process in yogaland.

Mahatma Gandhi famously said that an eye for an eye makes the whole world blind. This article was written in hope that the yoga community will move in the direction of compassion, peace and healing instead of succumbing to vengeance, bigotry and personal neuroses.

Rather than poisoning the minds of vulnerable followers who look to them for succor and guidance, teachers should begin the hard work of accepting and healing their own wounds and unresolved traumas. Or, as Shreena Gandhi says, “It is possible for authentic, respectful, and accountable cultural exchange to occur, and for the practices to have a profound healing effect on the practitioner. Herein lies the invitation for white yoga practitioners to go beyond an unaccountable surface level relationship with yoga to a deeper, more transformative place of practice, awareness, contemplation, and engagement.”

The sooner they make peace with themselves and accept their past, the easier it will be for them to navigate our complex and rapidly changing world. 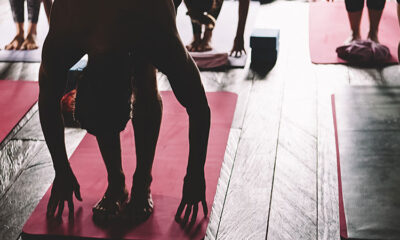 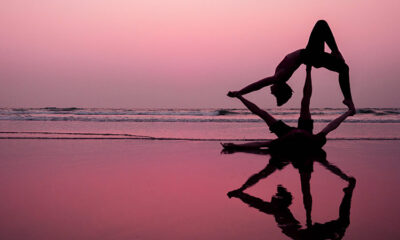 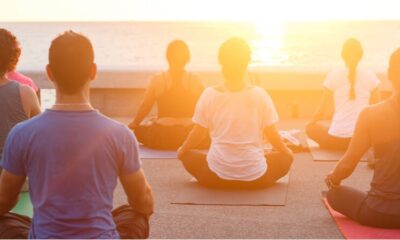