We all know much about noise, because noise has become part of our being. Not silence—as our consciousness, or philosophy, would want us to know, observe and, also, if possible, practice. In today’s mad rush for instant materialistic nirvana, silence has practically ceased to exist. Or, so it’d seem.

There’s now more noise than ever before inside our homes and our minds. It would be most surprising for one not to hear a TV set gabble away somewhere, even if you aren’t actually watching it. Besides, there is the radio, the music player, the computer and the video games. In fact, the only sound that is largely extinct from our homes today is our own voice—engaged in communication with one another.

As scholar and historian Felipe Fernández-Armesto puts it, “Everyone is familiar with the idea that your language determines the way you think—although all our perceptions may not be imprisoned by language alone.” There are limitations, all right. Yet, language has always had wider dimensions. It is an almost physical thing. It is something that cleaves the air with gestures, booms in the chest and belly, makes ganglions tremble and lips twitch. It is also an instinct that we all share with other animals—an innate power of the mind, like that of the limbs to run, or reach and hands to craft and hold.

Words, according to Fernández-Armesto, are part of the mind, generated by neural activity, and by the electrical chemistry of the physical brain. He elaborates: “Words which relate to other words call a whole world into being … a guarantee of the world of which it is part.”

This includes silence. How? Silence implies sound. Silence is also a part of speech—of gaps without which no communication works. Not only that: Even the void of mystical experience is lapped by language. The best part is that we all express language for ourselves and for others. Hence, it is always evolving and changing—even in the silence of our expression and/or being.

Noise is essentially disturbing, annoying. It isn’t like the chirping of birds, or the zephyr caressing us softly—to ease our thoughts and souls. Mechanical noise hits us most with its rip-tide of agitation. It’s stress-causing, not relieving. This explains why a lack of quietness has made us unused to silence. Besides, we’re also awfully scared of silence. It brings us a peculiar feeling of almost being alone. Isn’t this a disgrace? Because, in reality, silence is one of our best friends. More so, because it can have a powerfully beneficial outcome on us, thanks to its therapeutic effects.

Besides, we ought to blame our present agitation in life to the inner noise within us, the most serious consequence of our inner gibberish and the noise and activity of the modern world, which separates us from our true selves. It isn’t a good thing at all. However, experiencing silence, or the consciousness-in-itself within us, can have a massively relaxing effect. It brings a sense of being firmly rooted in ourselves, of being truly who we are. It also brings us the divine core of everything else, since pure consciousness inside us is the same pure consciousness of the universe.

It is silence that also holds the key to the attainment of knowledge. To remain physically silent is no great hardship to most of us. But to attain silence in the metaphysical sense calls for something more than merely refraining from making a noise. It means the absolute stillness of all thought processes in our wakeful state.

Sleep is a fascinating analogy to this kind of silence. As we all know, nature stills the mind to sense impressions periodically by putting us to sleep. Silence, therefore, is as vital to our well-being as sleep.

Because we all need silence, and also stillness, to become our true selves—more so, to being truly happy and, in so doing, to finding our own veritable self.

The inference is obvious. We need to get in touch with this a classical part of ourselves, right now, but if we haven’t got a feel of it, then how do we proceed? Simple. Through meditation: by being one with the cosmos. Reason? Meditation is a relatively slow-paced, silent and stress-free experience. Meditation is one of the primal, major steps in attaining silence. It provides us with the energy to turn our mind inwards upon the self; to hold it as still as a placid lake.

When you begin, there will be difficulties: Little thought-ripples intrude upon your silence. Have patience. You’ll overcome their hold on your mind when you find the rhythms of soundlessness. The best mode to intercede is to meditate upon the universal mind, initially, in whatever familiar mode you construe it.

The next step is visualization: to envisage a force at work, and realize that the energy of the universe is a warm, co-operative energy that understands the laws of the cosmos. For this, one must be receptive, just as you would know the elements of computer hardware in order to be a computer technician.

There’s yet another credo you’d use. Think of meditation as the mode by which you tap into the currents along which the absolute transmits creative vibrations. This leads you to the natural conclusion that the laws of the absolute always operate in the same way; that they allow us to attain our fullest perfection, once we understand them and flow with them.

Language today seems to have brought a profound balance, a wonderful analogy between René Descartes and Albert Einstein and, also in its subtle metaphor, silence. What’s more, our language at present does not in anyway reduce anything. Instead, it now includes everything—scientific or not.

Besides, we have got to accept that there is a peculiar dualism at work here, with its profound analogy being obvious. We are also now talking of concepts. We are talking of ideas. We are talking of experiences, behaviors, sensations, intentions, feelings too. Most importantly, we are communicating ideas through our experiences and stories. The idea—language as likeness of both mind and the body— is beyond a shadow of doubt critical to us all. It is, in other words, our own mind-body lexicon, with its own monumental feat of virtuosity, or vitality, a magical carpet of the narrative.

Take a look at ancient societies, in spite of turbulence by way of war, or conquest, and how our philosophers, thinkers and even the common man went about their day-to-day activities, and it will all make sense. There was a palpable sense of contentment. This may also, perhaps, explain why native people still possess a natural sense of fulfillment we modern city residents don’t have, or seek. Furthermore, it may also be one reason why so many people today seem to live in a state of apathy, because they have lost contact with silence— in other words, the natural happiness inside themselves. This natural happiness has been put away beneath external stimuli, or what may best be described as the tempest of our inward thoughts.

It is high time that we go all out to cultivate silence within ourselves and figure it out—right now. Because we all need silence, and also stillness, to become our true selves—more so, to being truly happy and, in so doing, to finding our own veritable self—or, the god in ourselves—in the endless rush and agitation of modern life. 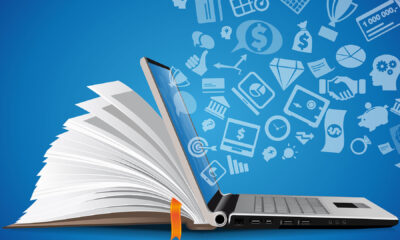 The Troubling Question of What Americans Think They Need to Know 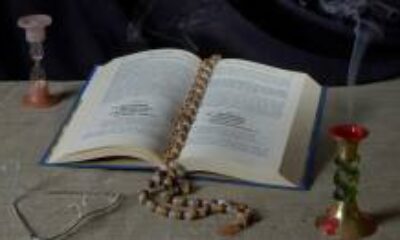 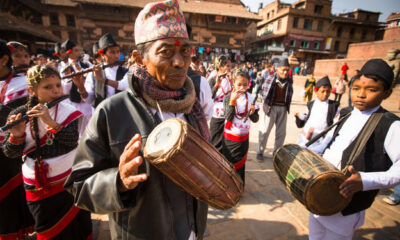