The internet fulfills its promise to bring together diverse groups and encourage debate.

The World Wide Web is an opportunity for many different people and groups to find a public voice. But this diversity has had some unintended consequences. Faced with thousands of options for information and debate online, we often seek out like-minded people. The process is often aided by automated processes that recognize our preferences, online pages and services that we visit, and then suggest similar or related content to us. Cass Sunstein coined the phrase “the daily me” to describe how the web allows people to personalize their experience of information finding to such a degree that opposing or challenging ideas and identities become invisible to them.

Education is about exposing people to different life experiences, opinions and beliefs. A new type of online education offers the potential to do just that: using online platforms to explore differences of opinion and experience, without generating defensiveness and hostility. This is the MOOC—the Massive Open Online Course. These courses are massive, in that they are followed by a large number of learners, usually in the thousands. Learning is dependent on the interaction between learners. Alongside the materials provided by educators, direct learner interactions are key to generating new insights. Open means that the course is available with few or no restrictions, beyond access to the online platform. Anyone is able to participate regardless of previous experience or geographical location.

The British Library and University of Nottingham have co-produced a five-week MOOC on Propaganda and Ideology in Everyday Life. The course first ran in May 2015, with a second, revised version starting in May 2016. In this course a controversial topic—the nature of ideology and belief—is addressed by encouraging learners to reflect on how politics interacts with, and builds on the ways in which ordinary people hold and articulate their political values. The course leaders, Professors Maiken Umbach and Mathew Humphrey, from the Centre for the Study of Political Ideologies, University of Nottingham, and Ian Cooke, from the British Library, are committed to making discussion central to learning, and want the course to open up new ideas for us to follow in our research. Using FutureLearn’s MOOC platform to deliver the course supports these intentions because it is easy to use, it is free for learners to access and puts debate at the heart of the course.

The course explores big political ideas: freedom, justice, community, homeland and choice. These are almost universally held values—but they mean radically different things to different people. It is important to explore how such concepts travel across changing historical contexts, how they are deployed in different cultural milieus and become part of opposing political movements. Many of these ideas feature prominently in a lot of official political propaganda, but they are also central to the way in which individuals think about politics, and their own identities. So inviting learners to express, in words and images, what these values mean to them is central to developing a better understanding why some forms of propaganda persuade us, while others don’t.

On the first run, the course reached learners from more than 20 countries around the world. Many people taking part had lived and worked in more than one country. One student was currently living in a refugee camp. For UK learners, the recent experiences of the 2015 general election, and the previous year’s vote on Scottish independence, provided reference points for discussion in the early weeks. Participants were asked to share their experiences through comments on the course platform and by loading photographs to a Flickr group. Throughout the five weeks, the course generated nearly 25,000 comments with 300 images shared on Flickr.

However, it was notable in discussions that, while there was a diversity of opinion, the polarization of attitudes encountered in formal politics was much less marked amongst learners.

In presenting the course, the organizers encourage the expression of different opinions as an important part of the learning. Not everyone speaks out in front of others: About a quarter of learners posted public comments in the first version of the MOOC. As the discussion was visible to all, and formed part of each learning step, many more people read the comments left by others. The discussion remained respectful, and the vast majority of learners were more interested in exploring different views than dismissing them.

These comments, and the course evaluation that learners completed at the end, show that some people started to see things differently as a result of these debates. But it was a learning experience for us—the educators—too. What was particularly striking was how much seemingly very different political positions actually share, not least because the historical precedents and memories that people draw on when thinking about politics are themselves deeply entangled.

One very strong theme running through the comments and images shared related to nature. Images of forests, mountains and coasts were frequently used to express ideas of freedom and identity. Nature is often invoked as an anti-dote to what has gone wrong in politics, but it is also a shared imaginary through which many different people envisage a better political future, a resource to re-energise our quest to live together in more peaceful, sustainable and harmonious ways. But nature itself, in its many forms, was also seen as something under threat that required politics to protect it. Hwan Hong, a shadow of my former selfie © Flickr

Travel was another common theme across the weeks; both as a way of enabling freedom but also as the way by which people personally saw and experienced other ways of life. There were familiar images of campaigns and freedom fighters, images from local news (including one instance of “street justice” against a thief) and also more personal images taken from the home and family events.

Discussions around the concept of freedom uncovered a diverse set of priorities covering cultural, religious, economic, learning, expression, family, physical force and other concerns. There was marked scepticism toward the use of freedom as a political concept, with many comments describing this as notoriously slippery and prone to manipulation.

The course focused on concepts that have historically been focal points of ideological conflict. However, it was notable in discussions that, while there was a diversity of opinion, the polarization of attitudes encountered in formal politics was much less marked amongst learners. Many learners were sceptical about how values like justice and community are used in political debate, but few found that the different interpretations of these terms expressed by other learners were irrelevant to their own concerns. The structure and format of the MOOC reached a large enough and diverse enough group for everyone involved to learn new things about how other individuals and communities approach such questions.

The World Wide Web can fulfill its promise to bring together diverse groups, as well as allowing space for people with shared interests and goals to express and organize themselves. The result of the latter can be a vast array of voices and opinions on a topic that prove to be disorienting and confusing. As the web has grown and evolved, so tools, technologies and methods have also developed that aim to help to us make sense of this—but they often work without our awareness or direct intervention, filtering out opposing or just different views.

The MOOC also provides new tools, methods and technologies. However, in this case, the emphasis is on allowing in debate and diversity in a structured environment. The educators on the course provide an academic framework within which to understand complex issues, but also connect learners with the most recent research on a topic. What is exciting is what happens next. The course grows organically from interactions among learners, generating and sharing new, and sometimes unexpected, ideas. 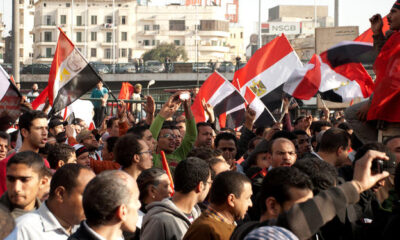 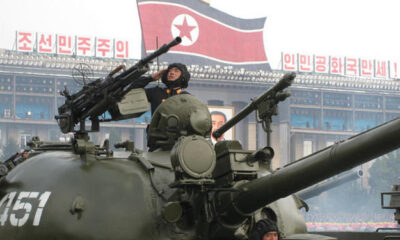 Tension in Season for the United States and North Korea