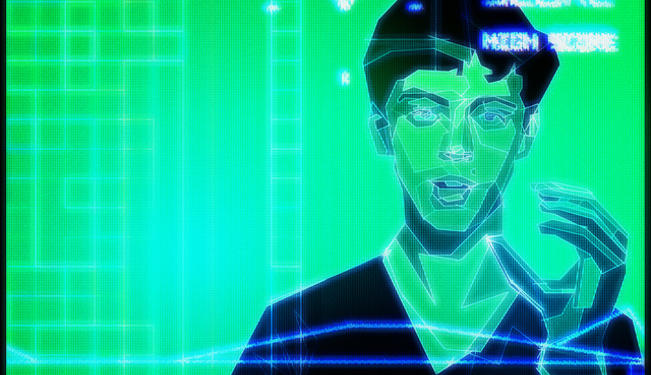 Daniel Miller provides an anthropological insight which negates the premiss that there is something as "The" internet.

You can either study the internet or you can study culture. What you can’t do is both. Why not?  Because, at least from the perspective of the anthropology which I inhabit, the internet cannot be considered to be a material or immaterial thing. The internet is not an object with discrete and consistent qualities we can discern from its history. For an anthropologist the internet is an integral part of cultural life, an aspect of communication certainly, but also everything else from shopping to sex, from nationalism to religion. As such it contains all the heterogeneity and contradictions of culture. But this anthropological perspective has always been a minority view, generally ignored. Most people strive to study THE internet. I will illustrate the difference this anthropological perspective makes through taking two examples from my own studies, one early and one recent.

In the 1990’s when I first became interested in the possibility of an anthropological study of the internet, there already was a very well-established view as to what the internet represented. The key term in those days was 'virtual'. The internet was a world apart, almost a parallel universe, that was constantly contrasted with the 'actual' world we live in. Most academics studied it through seeing what people did online. It was also assumed to be a thing of metropolitan regions, such as the US or UK, that was then colonising more peripheral regions. To investigate this I, along with the sociologist Don Slater, travelled to Trinidad, an island I was already very familiar with and set about an ethnographic study. Above all we wanted to and understand what people did online in the context of what they did offline. Alongside other early anthropological studies we could immediately see the problem of accepting the idea that one could treat the internet as though it was a given consistent thing. In some regions people mainly surfed for information, in others they used it for anonymous messaging based on a program called ICQ. As a result these different regions had entirely different experiences, based on privileging different bits of what could be done online.

We soon found that the way Trinidadians used the internet was consistent with many traits observed in previous studies of Trinidad. There is a rich culture and language in Trinidad around gossip and being interested in other people.. Being nosy about other people’s business (called fas, or maco) inevitably leads to scandal and disruption (commess or bachannal). But as portrayed within the key festival of Trinidad, which is Carnival, this bachannal can also be seen as the proper revelation of truth with positive as well as negative connotations. Within a couple of years the facilities on the internet had been exploited to accentuate these specific Trinidadian dispositions. So 'the internet' that we studied was a highly localised phenomenon that was different from 'the internet' anywhere else. But we did not see this as a variant of a given object whose proper version existed somewhere else. Why should US usage be considered 'the internet' either? Pentecostals in Indiana were not looking more like artists from New York just because both used the internet.

We also found that online activity made sense only in relation to offline ones. For example, if we had looked at the way politics was represented on the internet in Trinidad, it would have seemed quite extreme and predominantly racist. But after a while we realised that this was simply because these extreme views were held by a very small minority who could not find an outlet in more regular media. However, no one could stop them publishing extensively on the internet, which thereby became anything but representative of Trinidadian politics. This is why the term 'virtual' made no sense. Online activity was always relative to offline, it was after all the same people. We don’t consider a person’s phone calls as another world apart from their face-to-face conversations.

I returned to Trinidad a decade later, this time to study what people take to be the latest 'internet' phenomenon Facebook. But once again it became soon evident that the biggest obstacle to understanding Facebook as a cultural phenomenon was precisely the fact that it was thought to be a recent manifestation of 'the internet'.  Because these are forms of digital communication that arise one after the other, many analysts seem to assume there must be some continuity or trajectory here. Actually I found the best way to understand Facebook was by seeing it as almost diametrically opposite to the prior forms of internet usage.

I mentioned above a programme called ICQ, which was popular in the early days of the internet. People favoured it because of its anonymity. You could say anything about your teacher, parent, country or sexual orientation, since no one knew who you were. It was an unprecedented form of privacy. Almost all the debates about Facebook seem obsessed with exactly the opposite problem. It seems an unprecedented breach of privacy that exposes peoples’ intimate discussions to a wider world. Similarly the main usage we noted in Trinidad in our first book on the internet was that people saw it as a wonderful opportunity to join like-minded people. So if you had an interest in a form of ballet or cake decoration or fair trade that was not common amongst anyone you actually knew, then the internet provided a common forum around this specific interest.

With Facebook one finds the opposite. It started with peer groups amongst youth, then ‘my mother just friended me’ which brought in kinship and later work colleagues. This was not at all single interest groups, but actually came much closer to more traditional notions of community where people lived in small villages, constantly interacting with a mix of relatives, friends and people they worked with, regardless of shared interests. Indeed this is one of my main hypotheses on Facebook: it may be the manifestation of a quite conservative development. Facebook brings us back to forms of social engagement we feel we have lost as a result of other modern changes, several of which are caused by the internet.

I would argue the time has come for a much broader form of cultural analysis. Another study I carried out recently with Mirca Madianou focused on communication between Filipina women in the UK and their left behind children in the Philippines, and the fact that the parents and the children had often quite different views as to the impact of these new media on their relationships. We found that rather than talking about the internet, or indeed Facebook, we needed a new concept we called Polymedia, which recognised that increasingly people have access to a wide range of media from emails to webcam. Nobody just uses one medium, instead they develop their own personal configuration which considers the relative use of each media against all the alternatives. They might prefer to use email instead of the phone, because the two correspondents are not present at the same time, and that helps them to avoid the quarrels that tend to come with phone calls. But the next day they might choose the phone over the email because it provides storage of information. Children may prefer new media that gives them power over their less familiar parents. As these become cheaper and access is not a problem we are more inclined to judge each other regarding which media the other person chose to use and not just what they said.

But we would still be cautious about generalising Polymedia. Texting in the Philippines is entirely distinct from texting pretty much anywhere else. In that country people may expect up to a hundred texts in a day from someone they are developing a relationship with, and would be shocked to receive a phone call without first texting to say this is what you plan to do. So we have many levels of analysis. There will be some generalities about webcam that hold across regions. There are many more that pertain to particular populations, and beneath these are all sorts of individual and idiosyncratic uses that are good for anecdotes, but not cultural generalisation. Overall I feel the rise of these digital communications has been a fantastic boon to cultural analysis, of great benefit to anthropology. Currently I have just begun working with a team to look at the impact of social media comparatively across seven countries over the next three years. But the premise of our work has to be that we use these technologies to study culture, not to study THE internet.