October 2 has been designated as the International Day of Non-Violence to coincide with the birthday of Mahatma Gandhi.

Non-violence is often misinterpreted as something passive, but it is a set of attitudes, actions or behaviors intended to persuade the other side to change its opinions, perceptions and actions. The narrative of violence is often seen as a mechanism of false consciousness that obscures and conceals the real sources of poverty, humiliation and underdevelopment.

In this sense, non-violence is not passive but requires great strength of character, perseverance and discipline. It is a means of awakening a sense of injustice and moral shame in the supporters of a power structure, showing them that they have more to gain by ending injustice and oppression than by maintaining them. Non-violence is also about exposing the unjust means of a power structure and changing the narrative that can be used for justification.

For Gandhi, non-violent resistance meant direct action, including boycotts and acts of civil disobedience. His strategic use of non-violence resisted the power structure of the day, provoking it in order to expose its unjust means and illegitimacy. This is ultimately the long-term focus to let the community acquire the necessary knowledge and skills to advance in society and challenge the status quo of the power structure.

No one communicated this moral priority apart from Gandhi and Martin Luther King Jr. Despite losing his supporter base, King would shift attention in 1965 from the civil rights movement to economic injustice and the Vietnam War, which have unfortunately been erased from the cultural narrative of his life and legacy.

In his 1963 letter from a Birmingham jail, King drew inspiration from the gospel and biblical teachings in order to justify his fight against injustice. For King, injustice anywhere was a threat to justice everywhere. He mentioned just and unjust law and offers insight into how not only the church but other faith leaders and communities should act in the face of injustice. In King’s words, it is about being a thermostat that transforms the morals of society.

King wrote: “If today’s church does not recapture the sacrificial spirit of the early church, it will lose its authenticity, forfeit the loyalty of millions, and be dismissed as an irrelevant social club with no meaning. This is the challenge that King sets for us — people of faith and no faith — to see where we stand during times of challenge and controversy, rising above the narrow confines of our individualistic concerns to the broader concerns of all humanity.

There is much being talked about a culture of peace and non-violence, but with very little being done to understand what that means. Such a culture to be promoted is about providing an enabling environment for dialogue and discussion to find solutions to problems and tensions through a process where everyone is valued and able to participate. Such a culture promotes the respect of human beings, their wellbeing and dignity, and it honors diversity, inclusiveness, mutual understanding and dialogue. It creates an environment where people can live in safety, make a decent living and fully participate in society. It motivates members of a community to take responsibility and care for each other, confront crises with innovative solutions and to be resilient to bounce back from calamity.

Such conversations need deeper reflections and understandings, and this is what needs to be put into action. 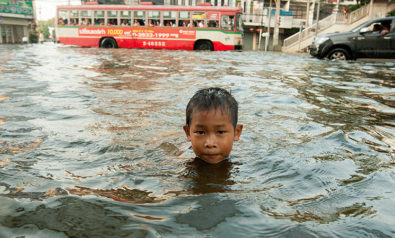 The Risks to Children When Disaster Strikes 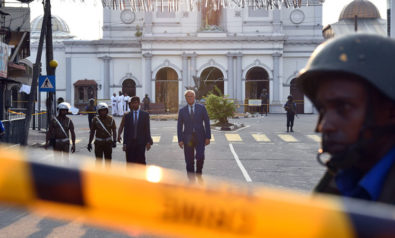