China is well on its way to becoming a cashless society. More than 600 million Chinese already use Alibaba’s Alipay and Tencent’s WeChat Pay to pay for much of what they purchase. Between them, the two companies control approximately 90% of China’s mobile payments market, which totaled some $17 trillion in 2019. A wide variety of sectors throughout China have since adopted Blockchain to pay bills, settle disputes in court and track shipments. The Chinese government understands that, via Blockchain, the issuance of its own cryptocurrency is an excellent way to track and record the movement of payments, goods and people.

The unsexily named Digital Currency/Electronic Payments (DCEP) is intended to be used by anyone around the world to purchase anything. It has the potential to revolutionize the global payments system. Assuming it succeeds, many other countries will want to emulate it. Some other governments have already launched similar initiatives, but not on the scope or scale of the DCEP, which promises to be the first global digital currency.

What appears to have spurred the Chinese government to actively pursue the DCEP in 2019 was the birth of an organization that also has the potential to revolutionize the global payments system, the Libra Association. Libra is a grouping of more than two dozen organizations creating the world’s first Blockchain-derived global payment system, specifically founded on best practices in regulation and governance. Its stated objective is to transparently bring access to financial services to billions of people who either have limited or no access to the existing global banking system.

Given that it is an American-led initiative that will use the US dollar to determine its benchmark value, Beijing viewed Libra as an attempt to establish US dominance over the global cryptocurrency marketplace. It previously viewed other cryptocurrencies as a threat to its own hegemony over capital controls in China.

Although its motivations to counter the US are clear enough, much remains unknown about the DCEP. One has to wonder just how much focus it will have on transparency, governance or best practices. It will not be available on cryptocurrency exchanges, nor will it be available for speculative purposes. Embracing Blockchain and creating a DCEP ecosystem will give the Chinese Central Bank unprecedented power over capital movements — certainly in China, but also around the world.

Like Alipay and WeChat, the DCEP will require a digital wallet, but it will not require a bank account. Commercial banks will issue the digital wallets, but no internet connection will be required to conduct transactions via the DCEP. All that will be required is that a phone has battery power. While a certain degree of anonymity will be present with the DCEP, the Chinese Central Bank will still be able to track who spent or received funds, when, where and from whom. The Chinese government calls the concept “controllable anonymity” and will rely on Big Data to identify behavioral characteristics of the individuals and businesses using DCEP. Doing so will help the government identify money laundering, tax evasion and terrorist financing. It will, of course, also permit a higher degree and quality of state surveillance of Chinese citizens and citizens of any other country that may use it.

Since the Chinese government will be the first to launch a global digital currency, it will gain a considerable lead over the world’s nations and provide it with the ability to perfect its surveillance capabilities in China and around the world for any country that chooses to adopt the DCEP. It will also help to internationalize the yuan and simultaneously create less dependence on the US dollar. So, the Chinese government intends to stay a step ahead of the competition, enhance its ability to monitor its citizens, broaden its soft power and increase China’s appeal to other countries while countering the supremacy of the US dollar in the process.

By issuing the DCEP, the Chinese government hopes that demand for yuan reserves will follow, facilitating a digital version of the yuan as a global alternative to dollar reserves, especially in Belt and Road Initiative (BRI) member nations seeking to modernize their financial sectors. It could also help internationalize China’s e-payment systems, which are not used outside of China. In the absence of an American cryptocurrency, which seems to be a long way off, doing so could in theory make the DCEP the cryptocurrency of choice among BRI (and other) countries.

Such an alternative system may be particularly appealing for countries under US sanctions, which may wish to avoid using the US dollar entirely, or for countries or businesses engaged in trading, investment or lending with Chinese companies. But the yuan remains not fully convertible, with just 1% of international payments using it. That could have a significant impact on the government’s implementation strategy. In addition, the Chinese government is attempting to centralize what is a decentralized technology by requiring that all “nodes” using the Blockchain register with the government and provide information about their users.

While the Chinese people are accustomed to having their government pry into, and try to control, their private lives, most of the world’s population wants nothing of the sort. It remains to be seen just how broadly the DCEP will be adopted, or whether it will turn out to be a net positive for the nations that choose to use it, but having the first-mover advantage will surely serve Beijing well. Despite its apparent flaws, if it also helps to bring some of the world’s poorest nations with the least access to basic and global financial services on par with the world’s developed nations in that regard, Beijing will have done much of the world’s population a great service in the process. 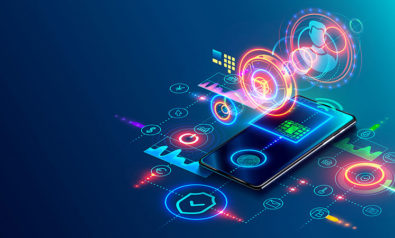 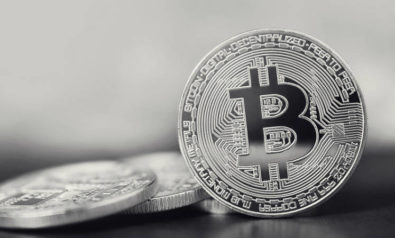