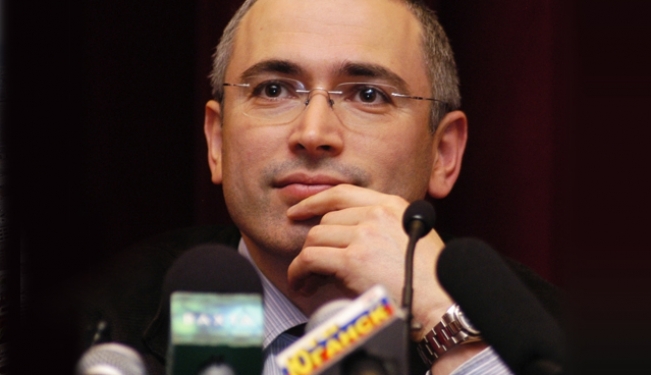 On December 30, 2010, Judge Viktor Danilkin sentenced Mikhail Khodorkovsky and Platon Lebedev, the former two largest shareholders of the Yukos Oil Company, to six additional years in prison (both had been in jail since 2003 for convictions of tax evasion).  Messrs.  Khodorkovksy and Lebedev were charged with embezzlement of the company’s oil, charges that were considered to be dubious at best. The case attracted major foreign interest due to both the suspected political pressures behind the verdict, and its impact on perceptions of Russia’s rule of law and investment climate. While the decision to keep the men in prison was widely expected, the ruling was heavily criticized and lamented in the West due to its apparent injustice, as well as its negative long-run effect on an economic climate that is perceived to discourage innovation, investment, and industrial development.

Before analyzing the link between this system of law and Russia’s investment climate in greater detail, it is necessary to provide a brief background of Mr. Khodorkovsky’s arrest. Before his arrest, Mr. Khodorkovksy was regarded as arguably the most successful businessman in Russia, one who played a critical role in developing Yukos into the country’s most profitable oil company.  Several years before his arrest, Mr. Khodorkovksy made progress in “westernizing” Yukos, establishing a style of corporate governance that relied on greater financial transparency, as well as forming partnerships with several Western companies.  An eventual push for private control of oil pipelines and elimination of export controls is perhaps why he was arrested in the first place; the then-President (and now Prime Minister) Vladimir Putin wanted to maintain a state-controlled oil sector and preserve the Kremlin’s power.  While this is not the only suggested cause of Mr. Khodorkovsky’s arrest (some believe his funding of several opposition political parties and pro-democratic rhetoric are the roots of his downfall), it is clear that Mr. Putin and Russia’s other political leaders insisted on maintaining the Kremlin’s dominant presence in a fast-growing, market economy.

While Mr. Khodorkovsky’s sentencing is not innocuous with respect to undermining Russia’s rule of law, it is an exaggeration to conclude that the recent verdict entirely reflects the reasons for Russia’s poor investment climate.  While Arkady Dvorkovich, an aide to President Dmitry Medvedev, recently stated that “the assessment of the risks of working in Russia will increase” in regard to the verdict, the far more pressing and critical problem is rampant bureaucratic corruption that can arbitrarily demand higher tax payments, seize property rights, and enforce  restrictions with respect to capital investment.  A basic evaluation of Russia’s international rankings concerning aspects such as protecting investors, avoiding bribes, and enforcing consistent tax rules reveals that Russia is on average (rankings are never identical in different indices) in the lower tier of developing countries and has failed to improve these measures, despite a near 7% annual growth rate in GDP between 2000 and 2008. Therefore, it is unsurprising that Mr. Medvedev himself has lamented his country’s “very bad” investment climate, and has thus made attracting foreign capital a top priority.

Mr. Medvedev’s most significant step in terms of advancing Russia’s economic development is his Modernization Program, launched in 2009, which aims to lower  Russian dependence on oil and gas exports (currently 19% of overall GDP), and  emphasize advances in sectors such as energy efficiency,  information technology, and pharmaceuticals.  However, because Russia is substantially behind developed countries in these sectors, it is critical that the country’s economic climate attracts capital, both domestically and internationally. For this reason, Mr. Medvedev recently signed a law that reduces the number of so-called “strategic enterprises” from more than 200 to around 40—the very same assets that specifically restricted foreign investment.  This and other measures, such as the planned sell-off of stakes of state-owned companies such as Aeroflot, are intended to alleviate perceptions of Russia’s deteriorating business climate and boost foreign direct investment, which tumbled (dropping 41%) after the onset of the recent recession and has yet to show positive direction after growing rapidly between 2000 and 2008.

While Mr. Medvedev’s program and proposals offer promising solutions for Russia’s economic diversification, the key issue of disarming a domineering bureaucracy remains. It is now widely accepted that many of the most important businesses in Russia are directly controlled by government officials.  The almost unlimited power that the Kremlin offers these officials lowers the incentive for domestic entrepreneurship; why invest or innovate when expropriation and bribe-seeking is ubiquitous?   The substandard infrastructure in Russia only exacerbates the problem.  From the standpoint of a foreign investor, the cumulative risk posed by these problems is often simply too great. Many analysts conclude that no matter how much emphasis is placed on modernization, the core fundamentals of the legal system, which limit neither the authority and power of the government bureaucrats nor their propensity for corruption, are what negate the reforms that are so badly needed.

The strength of the interaction between the consistency and thoroughness of legal enforcement and the potency of an economy is widely contested in economic academia. While myriad research papers have established that economies of countries highly regarded in legal aspects such as enforcing property rights, protecting private ownership, and minimizing bureaucratic cronyism will on average grow faster in the long-run, the exact mechanisms that create this connection are  not certain. In fact, the recent growth successes of countries such as China, India, and Brazil, all of whom have mightily struggled in improving the strength of their legal systems, suggest that the link is tenuous and may not be a necessary prerequisite for growth, even in the medium-to-long run.

Russia’s heavy resource dependence suggests that the country’s economic future can go two ways. In the first case, a continued rise in oil, gas, and commodities prices will boost exports, raise GDP growth rates, reduce the budget deficit, and continue to fund the bureaucracy, all of which will lessen the need for multi-layered reform. In the second case, a sustained lower demand for resources across the world will produce a stagnant Russian economy, one that will be forced to find new sources for growth, funding the public sector, and placating the growing dissatisfaction with the souring business and legal climate. It would behoove the Kremlin’s power brokers to recognize that at some point, perhaps sooner than expected, the latter scenario will become a reality.