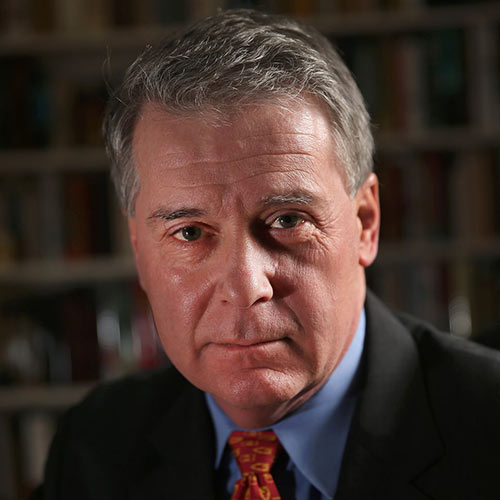 As Deputy National Intelligence Officer, Mr. Carle led the sixteen agencies of the U.S. intelligence community in preparing the United States government's most senior assessments of threats to the nation for the President, members of cabinet, and the nation's most senior military leaders. He was Trade Negotiator for the United States Trade Representative, Executive Office of the President, where he negotiated multi-billion dollar trade agreements for the United States. He wrote, negotiated, and passed treaties for the United States Government in various international forums. He also led sensitive programs in the Directorate of Operations at the Central Intelligence Agency in four continents. Glenn is an avid reader with encyclopedic knowledge. He is a true polymath who was a star sportsman in his younger years, during which he played ice hockey and American football, at a very high level. He did a BA in Government at Harvard, an MA in European Studies, and International Economics at The Johns Hopkins Paul H. Nitze School of Advanced International Studies in Washington, D.C., and a Masters in International Relations at the Institut d'Etudes politiques de Paris.

As dusk fell on June 15, a bloody clash broke out between Chinese and Indian soldiers in the Galwan Valley on the northwest China-India border, where a tributary of the Indus flows westward from Aksai Chin to Ladakh. In line with China’s recent expansionist policy elsewhere, its military had been...

Despite the financial crisis, a diminishing birth rates and seemingly unsustainable welfare states, Glenn Carle believes German leadership might offer a solution for structural reform in Europe. It is easy to say that Europeans should have more sex. Demography is destiny, after all, or so it has seemed for millennia, and...

Preface to The Interrogator

An excerpt from Glenn Carle's bestselling book The Interrogator: An Education, about his life as a spy. PREFACE: LYING, HONOR, AND THE GRAY WORLD I was a spy. I broke laws. I stole. I lied every day, about almost everything: to my family, to my friends, to my colleagues, to...