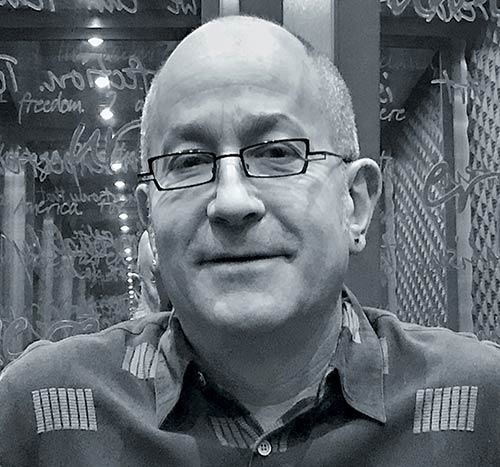 Brad Temkin is perhaps best known for his photographs of contemporary landscape. His work is held in numerous permanent collections, including those of The Art Institute of Chicago; Milwaukee Art Museum; Corcoran Gallery of Art, Washington, DC; Museum of Fine Arts, Houston; Akron Art Museum, Ohio; Amon Carter Museum of American Art; and Museum of Contemporary Photography, Chicago, among others. His images have appeared in such publications as Aperture, Black & White Magazine, TIME magazine and European Photography. He has been awarded numerous grants and fellowships, including an Illinois Arts Council Fellowship in 2007 and a Guggenheim Fellowship in 2017. A monograph of Temkin’s work, entitled “Private Places: Photographs of Chicago Gardens” (Center for American Places), was published in 2005. Temkin’s second book entitled “ROOFTOP” (Radius Books) was released in 2015. He has been an adjunct professor at Columbia College in Chicago since 1984.

Telling a Story Through Photography

Photography is the art of discovery and observation. It is about finding the unexpected in ordinary settings and capturing the beauty and wonders of life at specific moments in time. Giving new perspectives to what otherwise might be missed, or considered banal, is one of the missions of photography —...