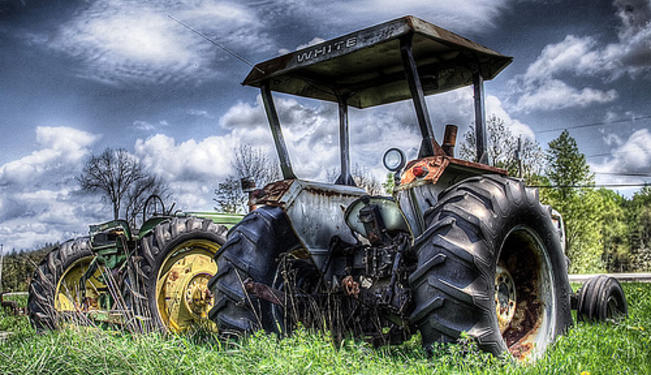 Pesticides target harmful pests along with useful insects. This results in disappearance of useful insect species such as honey bee. Evidence suggests that the number of honey bee colonies dropped in US farmland by 57% from 1985 to 1997. Honeybees provide an essential natural service by pollinating $ 10 billion worth of US crops.  Such change was attributed to the large scale use of pesticides in the US. The World Health Organization states, “there is no segment of the general population that is sheltered from exposure to pesticides and from its potentially serious health effects, although a disproportionate burden is shouldered by the developing world and the high-risk groups in each country.”  Gamma HCH, DDT, and malathion together constitute 70% of pesticides used in India.

Many of these chemicals, especially organochlorines such as DDT and Gamma HCH, come under the category of persistent organic pollutant (POP). POPs bioaccumulate in organism and are found in greater concentration up the food chain. In remote places such as Antarctica, traces of organochlorine pesticides have been detected in penguins and seals there.  An average Indian consumes 0.27 mg of DDT daily; the concentration of DDT in the tissues of humans is highest in India compared to other countries of the world, ranging from 12.8 ppm to 31 ppm. There is compulsive evidence in favor of the fact that exposure to even a minute quantity of POP during critical stages of development, especially in utero, can cause irreversible damage. We are exposed to a cocktail of pesticides. The combination of various pesticides may have an additive effect or a synergistic effect because many pesticides share a common mechanism of action. These mixtures of pesticides commonly contaminate food items sold in the Indian market. Another group of compounds commonly used in agriculture is organophosphate pesticides. The fact that organophosphate exposure is highly prevalent in the United States and is a major public health issue in the US indicates that there is need for greater protection of public health from organophosphate exposure in developing countries where laws either do not exist or do not apply.

Organophosphate pesticides are responsible for death in more than 70% cases of intentional poisoning. several suicides in India have been attributed to consumption to Aluminium phosphide marketed under the brand name of Celphos. An estimate points that 70% of developmental defects have no known cause and that part of these defects may be due to chemical exposure alone or due to chemical exposure along with nutritional and genetic factors. Infants and children are worst affected due to exposure to pesticides. Pesticides are present in an alarming levels in mother’s milk as has been suggested by some studies. Malignancies in children that can attributed to exposure to pesticides include cancers of testis, colorectum, and brain, Wilm’s tumor, neuroblastoma, soft tissue sarcoma, leukemia, non-Hodgkin’s lymphoma, and Ewing’s sarcoma. The adults are also affected adversely due to exposure to pesticides. Rampant use of pesticides contaminates soil, water, and air. Only one percent of pesticide sprayed acts on the target insect; rest 99% goes into the environment, damaging it. Studies have suggested that woman with breast cancers have higher burden of pesticides in their bodies compared to those who are healthy. Studies also suggest the role of organochlorine pesticides such as DDT in the development of reproductive tract cancers in woman.

Consumption of food is a key route of human exposure to pesticides and industrial pollutants. Human beings are exposed to pesticides right from the fetal stage of development. Farm workers who handle and spray pesticides constitute the high risk group. The problem of occupational exposure to pesticides is especially severe in India because a large chunk (nearly 70%) of Indian population is agrarian. Moreover, it is not just farm workers who are adversely affected, their families too are at grave risk. Children of farm workers can be exposed to pesticides even when they are not involved in farm activity of any kind. Pterygium, chronic dermal disorders, polyneuropathy, kidney abnormality, respiratory disorders, etc. are some diseases prevalent among applicators and handlers of pesticides in the farm as suggested by a Philippine case study. Some pesticides have the ability to alter sex ratio in the farming community. Cancers associated with occupational exposure to pesticides are cancers of prostate, pancreas, lung, breast, testis, liver, kidney, rectum, brain, stomach, and endometrium, Hodgkin’s and Non-Hodgkin’s lymphoma, leukaemia, multiple myeloma, and soft tissue sarcoma.

Pesticides are endocrine disruptors, that is they adversely affect the hormonal system of the body. One study revealed that women farm workers exposed to pesticides suffered increased incidence of abortions, still birth, neonatal deaths, and congenital defects. Poor health of the society exposed to pesticides is realized at a huge environmental cost in the form of degradation of land, soil, water, and air, salinity of land, desertification of land, transgenic contamination, emission of green house gases and global warming, excessive use of available resources, extinction of species, etc. It is difficult to calculate exactly the environmental cost and the human health cost of use of pesticides. However, looking at the facts above, we can safely conclude that such costs are neither negligible nor small, but rather huge owing to the number of individuals directly and indirectly exposed to pesticides. Adding to the problem are lack of efficient regulatory mechanism and a compelling market force which does not shy away from unethical practices and aggressive marketing.

Adding all the above cost to the cost of practicing conventional farming would, in effect, give us an estimate of the real benefit, in terms of money, of practicing organic farming which is an ecologically intensive and a biodiversity intensive model of farming. Organic farming is a low input- high output method of farming that, instead of buying seeds, uses the local variety of seeds preserved by farmers, uses no chemicals in the form of fertilizers and pesticides, requires less water and energy, exhibits greater resilience to a volatile climatic condition, and produces food for local consumption thus avoiding huge costs of transportation and storage. Organic mixed cropping has a low opportunity cost compared to conventional mono cropping. Ecologically intensive biodiverse organic  farming neither has an ecological impact nor does it inflict diseases upon humans. The entire argument leaves us with a few questions such as despite all the benefits, why is organic farming not promoted? There needs to be paradigm shift from “Agriculture For Cash” to “Agriculture For Food”.

There needs to be independence of food system from oil and energy inputs. There needs to be greater protection of environment and biodiversity through organic farming; by biodiversity, we mean cultivating a variety of local seeds in the farm. This biodiversity at farm level promotes a symbiotic environment beneficial to soil and beneficial to crops. The result is production of more nutrition which can be consumed at the local level at a much lower cost although not necessarily meaning low profit to the farmer. There is need for putting food security in woman’s hand.  There is need for localization of the food chain, there is need for an anna swaraaj, and there is need for a beej swaraaj. Seeds must stay in the hands of the farmer. Only then can we move towards a real food security. There is need for farmers to grow food and nutrition to consume and to feed the surplus to others in his community at a price that matches his or her profit expectation yet being much below the current retail price.

The reason behind such decreases in prices that end consumer pays in such a system can be attributed to the absence of huge external inputs, to the decentralized non concentrated storage of surplus food at a negligible cost willingly shared by members of the community, and to independence of food chain from oil and oil products needed for a variety of purposes ranging from manufacture of fertilizers to utilization in transport industry. There is need to make food affordable, available, and accessible. If we fail to do so, there would be a food monopoly and there could be no food security what so ever for us and for the generations to come.