To solve the issue of poverty, policymakers in Morocco need to go back to the drawing board.

Poverty eradication is one of the greatest challenges of our time. Eliminating relative and extreme poverty is an essential requirement for the sustainable growth of any nation as well as to ensure basic human rights to all.

Like many developing countries, Morocco faces the challenge of maintaining a modest standard of living for its citizens. But the lower middle-income country in North Africa has a long way to go.

In 2005, Morocco announced a project called the National Human Development Initiative Support Project (INDH). Over a five-year period, and for a budget of $1 billion, the aim was to improve the living conditions of citizens, reduce poverty in urban and rural areas, assist the most vulnerable groups in society and support families in difficult economic situations.

What was the result?

Morocco has 4 million people living below the poverty, as per the Borgen Project. So, the fact that 3 million of these reside in rural areas is telling of the geographical divide.

Despite this, there are underlying factors that have played a role in falling poverty rates, including remittances from Moroccans living abroad, the deceleration of population growth, macroeconomic stability and the role of nonprofit organizations. While these efforts have aided the country in its gains, Morocco’s experience has three limitations.

First, illiteracy in rural areas remains very high among both the older and younger generations. As per UNESCO, the national adult literacy rate rose by just 10% between 1994 and 2004—from 42% to 52%—meaning that nearly half the population was classified as illiterate at the turn of the century. As of 2015, adult literacy in Morocco stands at 72%. While this is a vast improvement over just 11 years, much more needs to be done if the country is to lift people out of poverty.

Second, the gap between the rich and the poor has not been reduced. The Gini Index measures a nation’s economic inequality—zero represents absolute equality while the value of 100 shows absolute inequality. Between 1990 and 2006, the Gini Index for Morocco increased from 39.2 to 40.7. While inequality is a global phenomenon that is a seeing a shrinking middle class in places like the United States, this clearly shows the persistence of high inequality in Morocco.

Third, economic growth in Morocco remains fragile and volatile, mostly in the agricultural sector, which accounts for 19% of gross domestic product (GDP) and nearly 40% of jobs. Today, this sector is still dependent on weather conditions, and only 18% of total land is arable. This shows a breakdown between policymakers and pragmatism.

Morocco’s experience has many limitations, so it is far from a perfect model. Unfortunately, the positive effects of the INDH and other projects have not reached both urban and rural areas. Policymakers need to take time to truly understand how to eradicate poverty in Morocco.

First, the government should work on building the country’s human capital by making the eradication of illiteracy a top priority. This will clearly improve the awareness among poor families to keep their children in school so they can be well educated and, in time, become part of a skilled workforce.

In addition, not only can education help lift households out of poverty, but also protect them from falling back into poverty. In doing so, the fight against illiteracy has the potential to serve as a tool of social mobility for Moroccans.

Second, to end poverty in Morocco, corruption must be tackled. By creating an environment of good governance, people will once again start believing in public services such as law enforcement, schools and hospitals. It is essential that national sentiment in such fundamental sectors is restored so people start to value them again. Good governance that combines transparency, credibility and efficiency is essential for any state that seeks to end poverty once and for all.

Finally, promoting the benefits of volunteering will make an important collaboration between young change-makers and national and international organizations possible. Therefore, both sets of stakeholders should work together to solve the issue of poverty by creating innovative solutions, as well as accelerating national efforts that help impoverished people to lift themselves out of poverty. Entrepreneurship could be such a means.

Many of the world’s poorest people continue to suffer from socioeconomic challenges that include unstable food and fuel prices as well as food and water shortages—Yemen, the poorest country in the Arab world, is a case in point. There is no better time to evaluate the impact of existing strategies and to put the effective policies of Morocco’s approach into realization in order to alleviate poverty.

For Moroccans, it is our hope that the country will one day join the league of developed nations. But, for now, many hurdles lie in wait.

*[This article was written for the 2016 Voices of the World Program. In partnership with the United Nations Foundation, Fair Observer taught more than 400 students in six countries—India, Morocco, Kenya, Austria, Mexico and the United States—about journalism and substantive issues such as water, health and poverty. Click here to read more.] 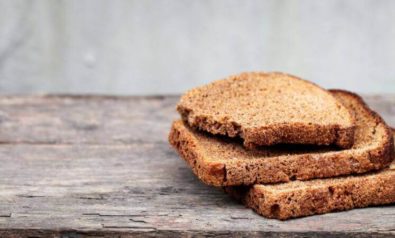 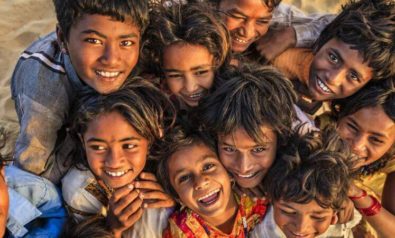 The Voices of the World