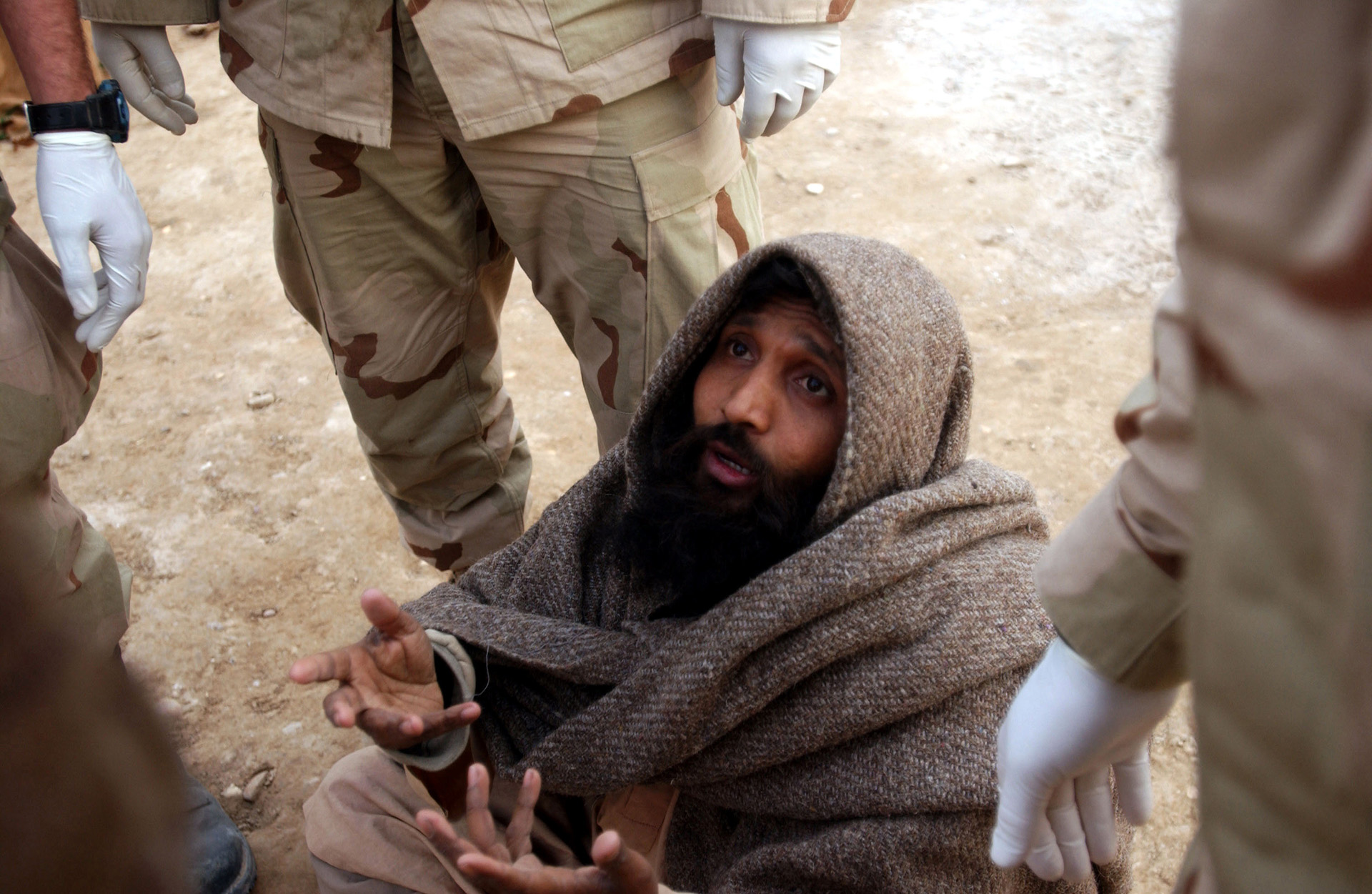 A Pakistani detainee explains his plight as a Taliban member to US Army (USA) Soldiers with the 65 Military Police Company, 187 Battalion, 10th Mountain Division, in the prison at Sherberghan, Afghanistan during Operation ENDURING FREEDOM

In Pakistan, some celebrated the fall of Kabul in August last year as a strategic victory. They had good reason to do so. The US-backed Republic of Afghanistan, which had friendly ties with India, collapsed in less than 10 days, and the Pakistan-backed Taliban triumphantly returned to power. However, the Taliban victory comes against the backdrop of increased terrorist attacks by the Tehreek-e-Taliban Pakistan (TTP), whose leadership has allegedly moved inside the Taliban-occupied Afghanistan. The Islamic State of Khorasan Province threats against the Pakistani targets are also on the rise, not to mention the growing vulnerability of Pakistan against the Balochistan Liberation Army.

Recent developments seem undesirable for the Pakistani establishment, which had high hopes for a negotiated settlement between Islamabad and the TTP. After two rounds of official negotiations, Pakistan seems to be opting for a military solution. In April 2022, the Pakistani military carried out a series of airstrikes against TTP hideouts in the eastern provinces of Afghanistan. As per the United Nations Children’s Fund (UNICEF) representative, these killed 20 children and 47 civilians. Tweets by the UNICEF representative caused outrage in western capitals because sleeping children died.

It seems that what appeared a victory last year is turning out to be a strategic blunder. Pakistan has empowered the Afghan Taliban and, in the process, the TTP as well. Now, how can Islamabad protect its security interests threatened by the TTP? Can Pakistan counter the strategic insecurity emanating from its western client state led by its protégé, the Taliban?

As per Atul Singh and Tabish Forugh, “the Taliban provide inspiration, ideology, organization, support, and expertise to Islamic fundamentalists from around the world and especially in South Asia.” The TTP is a more extreme version of the Taliban. Inspired by their cousins in Afghanistan, the TTP wants to establish a similar fundamentalist Islamist form of governance in the tribal areas across the border in Pakistan. Recently, it has unleashed attacks on Pakistani cities and towns.

This was to be expected. The TTP has the support of the Taliban. The two organizations share the same extremist ideology and have similar long term goals. The TTP has become very active this year. On April 2, it kicked off Operation al-Badr, an offensive that will include “martyrdom attacks, ambushes, bombings, counter-attacks, targeted attacks, laser and sniper attacks.”

Pakistan has responded both militarily and diplomatically. On May 9, a Pakistani delegation arrived in Kabul to have talks with the TTP leadership. It was the third attempt by Pakistan’s leadership to negotiate with the TTP. The Pakistani side was led by Lieutenant General Faiz Hameed who spoke directly with Noor Wali Mehsood, the TTP chief. These talks were mediated by Sirajuddin Haqqani, the Taliban’s Acting Interior Minister and the leader of the Haqqani Network. Haqqani has long been a close Pakistani ally.

The talks were a protracted affair. The parties took a break and reconvened. On May 18, they announced a ceasefire. The TTP promised to halt its attacks on Pakistani soil while Islamabad released 30 high-level TTP militants from its prisons.

For all these tangible results, most analysts take the view that these talks are unlikely to lead to long term peace. Both sides have such contradictory long term goals that it is just a matter of time before negotiations dissolve into conflict.

Implications for the US and India

The US is now focused on Ukraine. It has abandoned Afghanistan and taken its eye off the security situation in South Asia. The Taliban is now supporting terror groups with similar extremist Islamist ideology. One of them is its old ally, al-Qaeda. As per the UN Sanction Monitoring Team Report, al-Qaeda operatives have already found safe havens and have started bases in Afghanistan.

The US must recalibrate its Afghanistan policy given the increased terror activity in the region. The TTP and al-Qaeda represent the tip of the iceberg. The Taliban is likely to export terror first to Central and South Asia, and then to Europe and the US itself.

As a non-Muslim nation, India ranks high as a target for Islamists. A nation of kafirs is always a good target for jihad. For centuries, Pashtun tribesmen swept down from their mountain strongholds to raid the plains for gold and women in wave after wave of jihad. Therefore, India has to form a more robust policy vis-à-vis Afghanistan. Already, there have been talks in Kabul but India needs to have clarity about its long term strategic goals.

Pakistan now has a client regime in Afghanistan. However, it faces a TTP problem. Also, the Taliban itself is divided. Islamabad does not have it all its own way. Furthermore, the Hazaras face violent persecution, if not ethnic cleansing and genocide. The Tajiks are also being hunted down. Both the US and India can play a major role in supporting persecuted groups and containing the Taliban as well as its extremist jihadi allies.