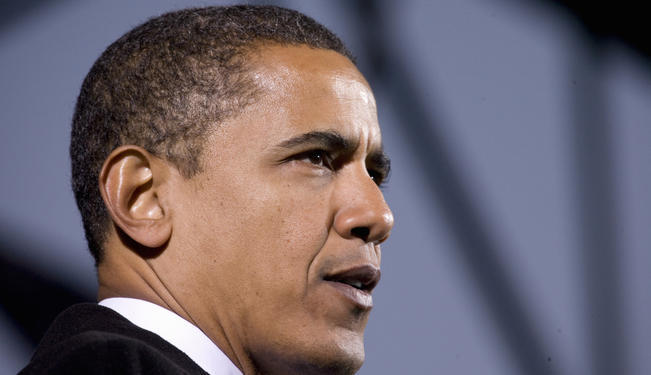 There is little appetite within Obama's camp to feed the military-industrial cabal.

Even before I had gone to war for the first time, it had been visceral among us. In our smoke filled cellars, cradling our Kerouac, we would rail ''MFs up against the wall" at the mere thought of the anti-Christ; most often, the banker or the businessman, whom we would imagine – and we were a very imaginative lot – getting their fat cut off.

That had continued to brew, right through basic infantry training and then on to Officer Candidate School at Benning. Soon enough, inevitably, there had been that Major at a fire-base, west of Chu Lai, who had ambled down the barren hill with a martini in hand, needing to content himself that I was clear about the brief that was fixed for tomorrow morning; specifically, that I was not to give away any intelligence on the deadly recent meanderings of "D" company as long as RVN (Republic of Vietnam) officers were around. He had swung his free arm onto my shoulders, his gut now against my ribs, and said: "We'll discuss that separately." He then smiled.

So that got to boil and bubble a bit in my tent that night. I mean, I don't think many troops caught on to that. Certainly not that unschooled private outside the flap who was, in hushed tones, making a farewell tape for his mom in South Carolina which, in my opinion, was not a bad idea given that we were dropping like flies on these meanderings. Distilled, my thoughts that night could have printed out like: "If we cannot share our intelligence with the very army we were there to support, as it connived to win ownership over South Vietnam, then we, all of us, were just killing with 'no particular place to go'" – as the lyrics go. Because one thing is for sure, no one in my platoon had read up on George Kennan's containment policy. No Sir, the Gulf of Tonkin stayed unseen as it infected each and every troop.

That was 1969, but if I had had a clearer mind, I could have already foreseen April 1975 when they evacuated the last of us off the roof of the US Embassy in Saigon. I am supposing, in retrospect, that was the reason Lyndon Johnson seemed to cry on that one night in late March 1968, when he told America he was through – too little return on investment, even for his hard heart.

And today, after several million dead in Vietnam, we are one of their largest trading partners and now embarking on joint military exercises; but this time to contain China.

Over those intervening decades, our appetite for risk shrank. America would take far fewer body-bags. It was called the Powell doctrine. Administering such pyrotechnical shock and awe, the enemy would be so dumbstruck as to be incapable of anything. Doctors refer to it as massive trauma, short-circuiting the national nervous system.

A much-reduced appetite for risk, the US found the few thousand American dead in Iraq, appalling. This was so even as we flew massive numbers of support troops, contractors, and State Department types into quadruple perimeter fortresses from whence they were supposed to win hearts and minds — presumably of the Iraqi gardeners and of the Iraqis who cleaned the toilets, since they were soon the only Iraqis allowed inside the zone. And then, these same rear area types would come back to an ever growing Washington DC and regale the hallway meetings in foggy bottom with tales of their time in Iraq. I probably should have been more muted, however, I could not help but remind the audience that these "warriors" had visited the Green Zone, not Iraq. That duck and cover beside the swimming pool was really not a medal winning performance.

So now America is eliminating risk for flesh and blood Americans on the ground, with the exception of the special teams we send occasionally to blow away the Bin Ladens in their pajamas. We are a drone nation now. No risk. Not to us, not in the immediate.

And now we get to Barack. You see, he is the first president of my generation who also spent some time during his formative years in those cellars. I won't say while imagining "carving the fat off," but at least seeing the military industrial beast for what it is, and seeing the terrible degradation of the founding fathers by a nation propped up by fear and the huge illusory profits fear engenders.

"And such a fear," the Yenta said, wagging her finger, "one border patrol person every thousand yards from the Pacific to the Gulf, massive dragnets of billions of our private conversations to nab a stray devil here and there, who just might resent what we unleashed in Iraq enough to get even. Throwing the baby out with the bath-water," she admonished.

So, as he is witness to these politicians, plumping for action in Syria, he realizes that those who will die for this ambition in the hundreds of thousands will no longer be Americans.

"No Americans bloodied," the Major said, his belly against Obama's ribs."Only Arabs… of all ilks," he assured the president.

Well, then Obama shrinks from the complicity. He knows about the dangers inherent in the rear area MFs. He knows from his Chicago days in the near aftermath of their (the blacks) own ''up against the wall." I mean, we presume such.