The commodification of water supplies around the world reflects a growing trend of the privatization of natural resources.

Coca-Cola’s iconic red and white logo is one of the world’s most recognizable brands. Its signature beverage, for which the company is named, is the world’s most popular carbonated drink. Every day, people consume 1.7 billion Coca-Cola products around the globe. To ensure a steady supply of water to feed its 900 bottling and manufacturing plants, Coca-Cola has invested in local water supplies in regions where water shortages are frequent.

Coca-Cola is not alone. A number of other global corporations like Nestlé, Suerz Environment, Veolia Environment, and American Water have made sizeable in-roads into the water industry though the purchase or leasing of water resources for public utility, industrial production, and bottling purposes. These companies are often given privileged access to water sources and tax breaks because they create jobs, even if they compromise local water supplies.

It is a good time to be in the beverage business. In total, the global beverage industry, including alcohol, is expected to turn over $1.3 trillion in business annually by 2017. At the same time as global multinationals pull in record profits (Coca-Cola’s revenue is the size of Puerto Rico’s entire economy), the world is sitting on an ecological time bomb. The effects of climate change, increased population and industrial water usage have placed enormous pressure on the world’s natural resources, chief among them clean water.

Freshwater makes up a mere 2.5% of the world’s resources, and 68.7% of that is trapped in glaciers. A major study by The Water Resources Group found that by 2030 the global demand for water will be 40% above today’s water supply levels due in large part by gross overuse in agriculture and industrial pursuits. Furthermore, by 2050 the global population is set to reach 9 billion – something that will demand double the current water supplies.

The simple fact is that across much of the planet consumption has already exceeded local water recharge.

Aging infrastructure (sewage systems, reservoirs/water tanks, piping, etc.) and sanitation of water in the developing world are in a dire state, if they even exist. The World Bank estimates that 760 million people lack access to clean fresh water and 2 billion people live in areas of water scarcity. Some 3.4 million people, mostly children, die every year from water-related causes.

The biggest issue will arise when water becomes a scarcity and private corporations will own public utilities and water resources. What will happen when resources dwindle and demand increases to dangerous levels, but large reserves of water are privately owned?

A large part of this is the result of pollution, sewage leakage, and the lack of sanitary conditions throughout much of the low-income Global South. According to The Pacific Institute, a staggering 90% of sewage and 70% of industrial waste in the developing world is discharged back into waterways without necessary treatment. In a world where one in nine people has no access to clean water, the selling off of huge volumes of water to private corporations contributes to the worrying trend of the increased commodification of one of the earth’s most precious natural resources.

Corporations claim they can run water systems more effectively than inefficient, cash-strapped local governments, but they also have a tendency to prioritize profit over people. At the same time, the UN recognized safe water as a human right in 2010 generating a confusing paradox related to water rights (public vs. private).

The biggest issue will arise when water becomes a scarcity and private corporations will own public utilities and water resources. What will happen when resources dwindle and demand increases to dangerous levels, but large reserves of water are privately owned? There are fears that local water can be exported from the source to those who pay. The gravest fear is that the most impoverished will have no access to fresh water because it is diverted to other sources.

This is what happened when Coca-Cola lost its operating license in Kerala, India in 2004 for compromising local supplies amidst water shortages. The same happened more recently when a bottling plant in Uttar Pradesh was closed by officials for extracting excessive amounts of water. Coca-Cola is only the most recognizable of a series of corporate offenders who have entered a space that was previously within the public’s purview.

So how did public water supplies end up in private hands? The modern trend began in the 1990’s. When the World Bank offered financial assistance, many debt-ridden governments in the developing world leapt at the opportunity to try to raise themselves out of poverty. As part of their development assistance programs, both the World Bank and International Monetary Fund (IMF) forced many aid recipients to privatize their water supplies as a condition for financial assistance.

In most cases the governments involved complied, desperate for economic aid. The World Bank believed that private corporations would upgrade and manage water systems throughout the world’s poorest countries. The costs of modernizing, or in some cases even introducing, sanitation and infrastructure are enormous, and privatization would allow private corporations to carry some of the burden. In theory, with proper regulation, private corporations could provide a quick fix for many poor countries’ water woes.

However, they are also corporations that have fixed contracts and shareholders to whom they are accountable. In Bolivia, the government allowed a private consortium to take control of the city of Cochabamba’s public water system for the next forty years. Overnight, water prices went up by 35%, followed by protests. Eventually the civil unrest led the Bolivian government to reverse its concession and bring the water system back under public control.

The chairman of Nestlé, the largest foodstuff corporation in the world, famously claimed that water was not a human right and that like all other foodstuffs it should have a market value. This attitude is meeting with a good deal of resistance. The documentary Bottled Life demonstrated Nestlé’s poor record of over-extracting water for commercial purposes, often at the expense of communities where its plants are located due to environmental degradation, price increases, and the simple fear of living in a community which doesn’t control such a precious resource itself. After six years, Nestlé, the world’s largest bottled water producer, lost the fight to build one of the largest bottled water plants in the Western Hemisphere in McCloud, California. Likewise, residents in Michigan are currently fighting to close a Nestlé plant that has taxed local water levels.

…corporate owners failed to meet contractual obligations in modernizing the city’s infrastructure, leading instead to reduced water quality, limited access, and rate hikes (between 450-850%) which disproportionately affected and marginalized the poor.

As water supplies fall and demand rises, competition over this basic natural asset will become intense as varying actors with different agendas vie for these resources. Now that water has become a multi-billion dollar business, private entities and public communities are jostling for control of water resources. This is what brought thousands of people to the streets in 2006 to protest the World Water Forum, which was being held in Mexico City. Protestors claimed the forum was a cover for the corporate take-over and abuse of the world’s water supplies at a time when Mexico was facing water scarcity – many residents in Mexico City surviving on just one hour of running water a week due to severely inadequate and outdated water systems in parts of the city.

Fiji Water is guilty of exporting bottled water to the developed world, while almost half of Fijians lack access to clean water. Protests in Chile have emerged in response to the over-extraction of the country’s water, which is privately managed by mining companies that deplete precious water reserves and negatively affects local communities, especially the indigenous population in the Andes Mountains where most of the mining takes place.

Like Bolivia, the Philippines were forced to privatize Manila’s water supplies in order to be eligible for loans from the World Bank. As a result, the water supply came into private hands. However, this move was widely criticized in the Philippines as the corporate owners failed to meet contractual obligations in modernizing the city’s infrastructure, leading instead to reduced water quality, limited access, and rate hikes (between 450-850%) which disproportionately affected and marginalized the poor.

Nevertheless, as many cities cancel private water contracts over high-profile disputes, many more are signing up, finding privatization a quick fix to water management and updating existing waterworks infrastructure.

The privatization of water will continue as long as profits can be made, but governments should act to protect this vital resource. In Adam Smith’s famous diamond-water paradox, he explores the concept of value by comparing the fact that diamonds are rare and are thus given a high value in society even though they serve no purpose, while water, which gives life and is in abundance, is given very low value.

Privatization of water can be a positive development in the right context, but the trend towards commodification of water comes a worrying development at time when the world’s water resources have been depleted to record levels and changing precipitation patterns will likely make some of the world’s most vulnerable areas drier than ever. Couple this with a rapidly increasing world population and it is clear that freshwater management will become one of the most important policy topics of the future. 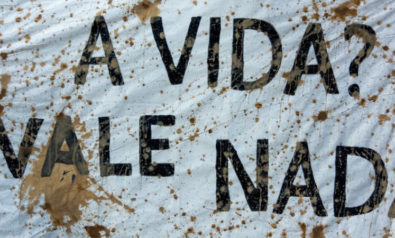 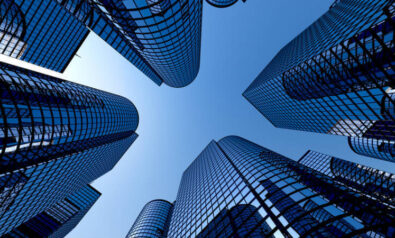 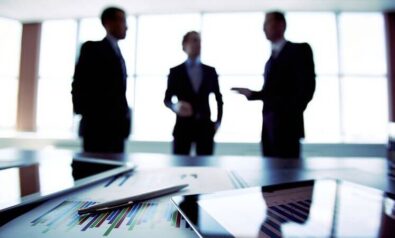