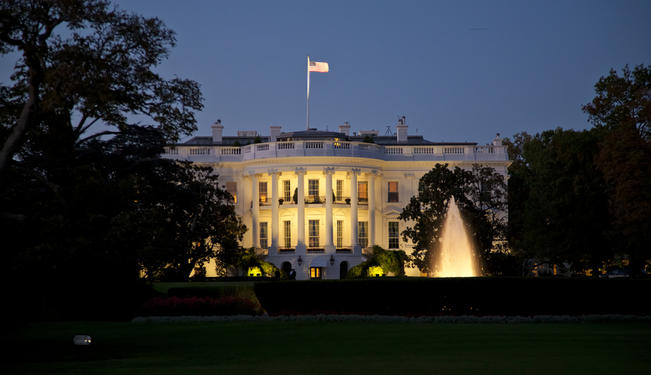 The time is ripe for restructuring American discourse on Iran.

The landmark interim accord between the P5+1 and Iran has generated a storm of speculation. Critics have voiced outrage, echoing Israeli Prime Minister Binyamin Netanyahu’s claim that the agreement marks a “historic mistake.”

Proponents of the agreement now talk over one another, appealing to their respective constituencies, with President Hassan Rouhani stating that the deal affirms Iran's nuclear rights, while President Barack Obama lauds it as the first curtailing of the Iranian nuclear program in nearly a decade.

A cursory reading of official statements might lead one to question the efficacy of this agreement, and a healthy dose of skepticism would not be unwarranted, especially when considering the fragile nature of diplomacy. However, honesty demands that an assessment of the deal's significance is situated within the context of recent US-Iranian relations.

The Magnitude of the Geneva Deal

It is only when a holistic reading of history is undertaken that one can truly appreciate the magnitude of what was achieved in Geneva on November 24, 2013.

There are many words in the lexicon of international politics that instill a sense of fervor. Unfortunately, perspective is usually not one of them. This is regrettable for a number of reasons, not the least of which is that insensitivity to context can prevent us from truly appreciating the “Joint Plan of Action” for what it really is — a long-awaited step in the right direction.

One need not dissect the last 60 years of fraught US-Iranian relations in order to approach this agreement with a sense of grace. Consider for a moment that little over a year ago, the drumbeats of war had begun to gain serious resonance in Washington.

The run-up to the 2012 US Presidential Election brought with it the usual paranoia, and public figures again began to refer to the specter of an "irrational" Islamic Republic — the phantom entity often invoked to trump seemingly sound academic theories of deterrence. This belligerent nation, ruled in part by its “mad mullahs,” seemed to lie outside the contours of any rational public debate.

In the absence of a clear-headed discourse, Americans further developed their own internalized image of Iran. Spurred on by a fearful form of imagination, often reinforced by the worst of then-President Mahmoud Ahmadinejad’s bellicose speeches, this internalized image continued to devolve.

The resulting caricature looked something like a country ruled by the villain from Disney’s Aladdin, and administered by his fanatical minions. The costs of these simplistic popular conceptions of Iran have weighed heavily on the current administration, and continue to restrict it from enjoying a wider range of diplomatic movement.

However, it is precisely within this context, a US-Iranian relationship couched in over 30 years of fear and at times paranoia, that the importance of this recent accord must be understood. What deserves significant mention is the fact that a conversation is happening at all, for the presence of a dialogue necessitates the belief that there is something to talk about.

This is a shared interest in the resolution of a disagreement, and a shared vision of a future in which the people of both nations can emerge as better off. Furthermore, the ability to compromise indicates a rational thought process. Therefore, it follows that the concessions made thus far by the Iranian government serve as proof of its rational instinct towards self-preservation.

These actions by the Iranian leadership, despite falling short of the expectations of some, should at least serve as evidence that the predominant characterization of an irrational Iran is perhaps due for review. This corrosive piece of beltway wisdom has often implied that dialogue with Iran is pointless, and that only the language of force and coercion would suffice.

At times, this idea floated in and out of favor in Washington, despite the fact that it obscured the gruesome costs that would result from an armed conflict with Iran. But this caricature has now been found wanting, based on the false premise that Iran’s system of government was itself the most intractable barrier to dialogue.

In light of this interim accord, the time is ripe for a restructuring of American discourse on Iran. Interestingly enough, this fact has not been lost on many of the agreement’s most ardent critics. Their remarks reveal a thin layer of discontent over the deal’s specifics, but a more fundamental inability to cope with the manner in which the paradigm of Iranian irrationality has been disrupted. This paradigm is indeed one that they have grown far too accustomed with, and President Obama would do well by dealing it a finishing blow.

America: In Need of a Frank Public Discussion on Iran

The politics of fear still visibly corrodes America’s ability to entertain a frank public discussion on Iran, and has led to the proliferation of hard-line voices. This polarized climate poses a fundamental threat to any prospect of a long-term agreement.

Thus, the administration must work to reshape the terms of dialogue. Domestic opponents of the agreement will be working to inundate the discourse with their typical brand of fear-mongering, and most signs indicate that they have already hit the ground running.

Hence, it is important that the administration and its supporters in this endeavor do not minimize the role of public diplomacy at this critical juncture. Obama has defended himself against critics admirably thus far, but he cannot do this alone.

A war-weary public, if appropriately and regularly engaged with the facts, will stand with the US president in the coming months and provide him with a buffer against those who oppose a deal.

Popular support for dialogue with Iran will prove to be invaluable in the face of partisan obstructionism. An honest appreciation of progress, if appropriately conveyed, can help to solidify a collective sense of purpose in these upcoming negotiations. For the momentum of purpose to be sustainable, it should be based upon a revision of the most problematic aspects of American discourse on Iran.

This change will not excuse Iran from criticism; on the contrary, it will situate critiques within a more productive structure of sustained discourse. The notion behind this revised structure is daring, but necessary. It requires Americans to choose a higher path, one in which the politics of fear is overcome by a superior force: the politics of hope.