Steven Spielberg’s The Post is a timely reminder of the constitutional importance of a free press.

Steven Spielberg’s new film, The Post, which explores the events that led up to New York Times v. US, echoes Justice Hugo Black’s sentiment: “The press was protected so that it could bare the secrets of government and inform the people. Only a free and unrestrained press can effectively expose deception in government.” The film tells the little known story of how The Washington Post came to be the second newspaper after The New York Times to publish extracts of the so-called “Pentagon Papers.” The case helped to expose the lies and half-truths told to the American people about the Vietnam War by their own government and to stand up to the bullying of the Nixon administration in the process.

The film addresses many themes, including sexism in the workplace, industry competition, journalistic integrity and the problems of an industry facing increasing financial pressures. But at heart, The Post is nothing short of a love letter to the press and to the journalistic profession.

Like the successful TV adaptation of The Handmaid’s Tale in 2016, The Post comes weighted with relevance to contemporary events in ways not necessarily anticipated by those involved. Donald Trump’s attacks on the press by labeling as “fake news” anything that he doesn’t like have echoes in the diatribes against the “liberal” press from Richard Nixon.

The use of Nixon’s White House tapes in the film make the parallels to today strikingly clear. If Spielberg’s film is concerned about threats to the press, it is not by those posed by the president, but those from financial pressures, news as entertainment and an increasing tendency to devalue the work of journalists. What The Post seeks to remind us is that the role of investigative journalism is important and that we should not take it for granted.

The founding generation believed in the importance of a free press: It is protected alongside freedom of religion, freedom of speech and freedom of assembly in the First Amendment to the Constitution. The US has a mixed history of protecting the rights of those deemed to be outside of the mainstream, but in the 20th century the Supreme Court was very clear about the important role played in the life and government of the nation by members of the fourth estate: “To the press alone, chequered as it is with abuses, the world is indebted for all the triumphs which have been gained by reason and humanity over error and oppression.”

With these words, Chief Justice Charles Evans Hughes in Near v. Minnesota (1931), defended the right of even the most scandalous of newspapers to publish. In 1964, shortly before the events depicted in The Post, the court addressed attempts by southern juries to use hefty libel fines to intimidate reporters into dropping coverage of civil rights protests and provided what remains one of the most sweeping protections offered to the press in US constitutional law.

Justice William Brennan expressed the unanimous opinion of the court in New York Times v. Sullivan when he wrote: “[T]he pall of fear and timidity imposed upon those who would give voice to public criticism is an atmosphere in which the First Amendment freedoms cannot survive.”

Justice Black took this one step further in his concurring opinion: “I doubt that a country can live in freedom where its people can be made to suffer physically or financially for criticizing their government, its actions, or its officials.”

The occasional error by the media is the price to be paid, they asserted, for the existence of an institution that should ensure government accountability and transparency. Limiting the right of the press to explore ideas and expose wrongdoing would only weaken the nation, no matter how unsavory those ideas might seem at the time.

But the press faces a growing threat from which even the broad protections of the First Amendment cannot protect it. “The press was to serve the governed, not the governors,” wrote Justice Black, a line quoted triumphantly in the closing moments of The Post. The quote reveals the assumption at the heart of the film, the court’s opinions and even the First Amendment itself: that the public are paying attention to what the press is reporting.

But what happens when “the governed” are uninterested in the work of the press, or consider investigative journalism of the kind portrayed in The Post (or in All The President’s Men or, more recently, Spotlight) as being on a par with “news” received from online blogs, or, perhaps worse, consider such reporting as false?

“The ultimate good desired is better reached by free trade in ideas … the best test of truth is the power of the thought to get itself accepted in the competition of the market.” So wrote Justice Oliver Wendell Holmes in Abrams v. US in 1919. Holmes suggested that “truth” was determined by the operation of the market: If an idea could win over a majority, in a democracy it might as well be truth. And this is where Trump’s accusations of “fake news” are most troubling. If he can convince a majority of Americans that the news offered by CNN, The New York Times, The Washington Post and others is fake, then who’s to say it isn’t?

Ironically, the protections offered to the press by the Supreme Court’s reading of the First Amendment may well be the reason Trump has been forced to resort to claims of “fake news.” Denied the ability to ban, abolish, fine or prosecute the media for publishing and airing stories to which he objects, dismissing their activities as fake, lies and part of a conspiracy to discredit him is really the only option available.

That for some Americans those claims are gaining traction says more about the American public and the state of US politics than it does about the protections offered by the constitution. It might well prove that Holmes was right — even the strongest constitutional protections may not be enough to protect the American public from themselves and “truth” may be whatever the majority decides. For those fearful of this possibility, using their constitutional protections and continuing to speak out may be the best way to ensure that those rights remain vigorous and real. The Post reminds us in the best possible way that it can and should be done. 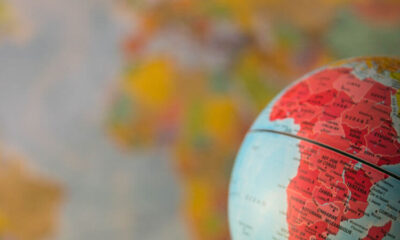 What Africa Has to Offer 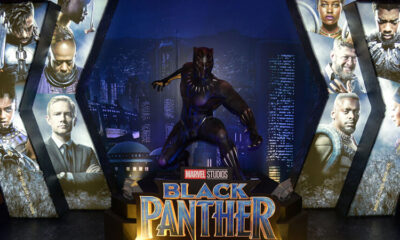 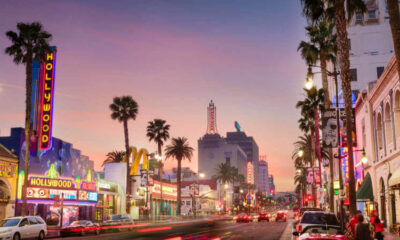