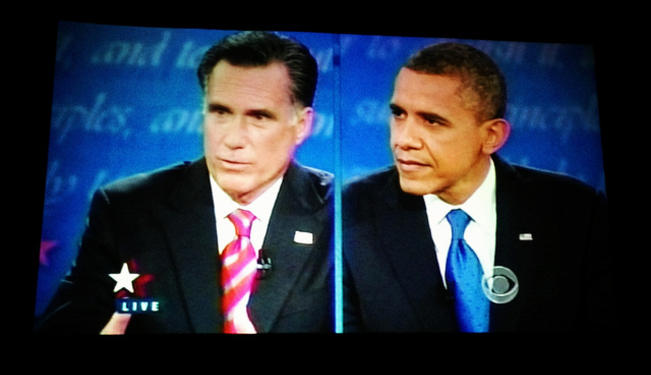 A Romney presidency will signal a re-evaluation of the relationship between Moscow and Washington, a strong commitment to Israel and a continuing push for the European powers to increase NATO’s defense spending.

The final countdown to the US presidential election has started and with it has come the unthinkable for many Europeans: a potential victory for Mitt Romney. The Republican challenger is no longer his party’s hopeless second- or third-tier choice. He may remain that among Europeans, but their overwhelming support for Barack Obama cannot blind them from seeing reality. Instead, they need to consider the consequences of a Romney victory.

Unfortunately, Romney’s foreign-policy approach has from the beginning lacked precision. This is not unprecedented; presidential races usually focus on domestic issues. This campaign, occurring as the US faces great economic uncertainty, is certainly no exception. The average American has lost about 40 percent of his wealth since the 2008 financial crisis. And he remains unconvinced that his country is on the way to economic recovery despite a September unemployment rate that, for the first time since early 2009, is under eight percent. Romney’s campaign, therefore, has been driven by the traditional “holy trinity”: jobs, jobs and jobs.

Still, any candidate must demonstrate an ability to be commander-in-chief. Hillary Clinton tried to do this in her 2008 campaign with an ominous television ad warning over pictures of sleeping children: “It’s 3 a.m. and your children are safe and asleep. But there is a phone in the White House, and it’s ringing. Something is happening in the world. Your vote will decide who answers that call.” The spot summed up the foreign-policy qualifications that the average voter expects from his president: to be ready at all times to protect the homeland and its people. Americans are now war weary after fighting two lengthy and costly conflicts in Afghanistan and Iraq, so any sabre-rattling in the campaign would likely have fallen flat. Nevertheless, the nation still expects the candidates to lay out their visions for America’s interaction with the rest of the world.

Obama showcased his will to lead the free world in several speeches in Europe in 2008 and 2009. His stirring appearances in front of cheering crowds in Berlin and Prague are unforgettable. They contrast sharply with Romney’s European performance, which was limited to a short London visit during the summer Olympics and a stopover in Warsaw after a stay in Israel. The brief presence left many Europeans puzzled about the message he intended to send. Would he pursue a conservative foreign policy that gives extra attention to the UK, Poland and Israel, countries perceived as devoted and reliable allies?

Romney’s rhetoric – at home and abroad – may reflect a traditionally neo-conservative approach on US foreign policy, but it’s important to keep in mind the changes that a Republican in the White House could really implement. There are three areas in which Europeans would feel an impact.

Many of Romney’s statements harken back to the Cold War era, when strong rhetoric against the Soviet Union was common. The USSR is gone, but successor Russia has been a target of some of Romney’s recent statements. There is no doubt a President Romney would have rocky relations with the Kremlin. His opposition to the new Strategic Arms Reduction Treaty (START) and his labeling Russia America’s “number one geopolitical foe” does not establish a basis for a partnership. This stance contradicts and jeopardizes Europe’s approach to Moscow, towards which the EU and some member states, notably Germany, have taken much less strident positions.

Romney has left no doubt that Israel is one of America’s most important partners. His commitment to Jerusalem includes strong support for West Bank settlements and reduced financial assistance to the Palestinians if they form a unity government that includes Hamas. This stance negates any new push towards a Middle East peace agreement. At the same time, it cements a US-Israel alliance against Iran that could erode the role of the “5+1 group” (the five permanent members of the UN Security Council and Germany). In such a constellation Europe becomes marginalized on arguably the most sensitive foreign-policy issue on both sides of the Atlantic.

Romney views a weakened and adrift NATO as the result of a lack of US leadership. A Republican administration anchored in the foreign-policy parameters of the 1980s is likely to pay greater attention to the alliance. Obama, in contrast, has had a more “neutral” stance towards NATO. Besides hosting this year’s summit in his hometown, Chicago, he has no special relationship with the organization. Obama’s experience with the 2011 Libya intervention reinforced the reliability of alliance members that provided military support, such as the UK and France. It equally reinforced the unreliability of other NATO members that just stood by. For that reason, even a Republican presidency’s commitment to NATO should not be taken for granted. Continued frustration of this sort could make Romney’s approach to the alliance revert to that of Obama.

Regardless of the election victor, Europeans need to be prepared for a continuing discussion within NATO about defense spending. As former US Defense Secretary Robert Gates warned in his now-famous farewell addressin Brussels in 2011, Europeans must increase their defense spending. A Romney presidency, however, will press hard for this for an alliance in which only five of 28 members spend the agreed two percent of GDP on their militaries. Using the euro crisis as an excuse to avoid greater defense expenditures will fall on deaf ears in Romney’s Washington. At the same time, Europe should not expect to be rewarded for falling in line. A Republican president may lead to a strengthened NATO, but the Obama administration’s “pivot to Asia” would be continued under Romney.

Europeans need to realize that it’s a competitive world out there. Regardless of who wins on November 6, Europe is no longer America’s only partner and ally. This is Realpolitik that must sink in on the other side of the Atlantic. Europe in the presidential campaign serves only as a negative blueprint for what the US wants to avoid – becoming a profligate and highly indebted entity that is unwilling to reform. If that is an unfair image, it is up to Europeans to correct it.