Is it possible to engage with the radical right without inadvertently supporting its intolerant ideology?

In 1939, a Book of the Month Club (a US-based literary subscription service) edition of Adolf Hitler’s Mein Kampf was published “for the political understanding of the American people.” As indicated in the pamphlet insert, the edition was sponsored for publication by a committee composed of the likes of Pearl Buck, Edna St. Vincent Millay, Albert Einstein, Thomas Mann, Theodore Roosevelt, Jr., Eugene O’Neill and Rabbi Stephen S. Wise, to name just a few. More importantly, the edition proudly proclaimed on its infamous red, black and white cover that all profits would go to refugee children.

In addition to doing right by the children, this effort to give profits to them most obviously attempted to ease the conscience of the consumer. Moreover, the committee also argued that publishing the book was a “demonstration, by quiet deed, of the truest spirit of democracy, to combat this new form of evil among men by first dragging it forth to the full light where it can be coolly appraised.” Indeed, just a few years later, philosopher Karl Popper, in his book The Open Society and Its Enemies, argued that tolerating intolerance could only ultimately end with intolerance. His “paradox of tolerance” asked if it even were possible to engage with fascism without running the risk of succumbing to, or permitting, its intolerant ideology.

While the publication of the book surely did some good by providing funds for refugee children, the edition highlights two predicaments journalists and scholars who covered the radical right confronted. Firstly, did those scholars and journalists offset potential negative side effects when they dragged evil ideas into the light? Secondly, even if confrontation with fascist ideologies was benign, were the contemporary scholar of the 1930s to purchase Mein Kampf directly from Germany, thus financially supporting the regime, would it be ethical?

In her most recent book, The Extreme Gone Mainstream: Commercialization and Far Right Youth Culture in Germany, Cynthia Miller-Idriss writes that “Since the early 2000s, far right youth have gravitated away from the singular, hard-edged skinhead style in favor of sophisticated, fashionable, and highly profitable brands that deploy coded far right extremist symbols.” In her work, Miller-Idriss describes particularities of products the radical right purchases and sells to both identify each other and to finance extremist ideologies. Although the internet age has given scholars easier access to the propaganda and writings of the radical right, there is still material that is not available for free. Thus, one must ask: Is it ever ethical for a scholar to purchase something from a radical right group for the purposes of studying it? This is a question I certainly have confronted.

In recent years, I have followed and written about the European-American radical-right publisher, Arktos Media, which has a large global outreach, selling books by contemporary right-wing thinkers such as Alexander Dugin and esoteric writers such as Julius Evola. Daniel Friberg, a Swedish nationalist and Arktos’s CEO, has even collaborated with American alt-right poster boy Richard Spencer in creating the website altright.com and has given Spencer and other alt-right leaders a platform in a 2018 edited volume, A Fair Hearing: The Alt-Right in the Words of Its Members and Leaders. I began this research while serving as a lecturer of history and literature at Harvard University.

My research, like Arktos, bridged two mediums: digital and analogue. However, for the purposes of research, I quickly found myself negotiating the careful balancing act of both trying to do my work whilst not incidentally supporting Arktos’s mission in the process of trying to acquire the radical-right literature it peddled to their readers. Published Arktos titles include: The Saga of the Aryan Race; New Culture, New Right: Anti-Liberalism in Postmodern Europe; Fascism Viewed from the Right; The Colonization of Europe; and Understanding Islam, which features on its cover a skeleton dressed in a burka.

When I initially began my research into Arktos in 2016, I found few libraries actually carried Arktos’s work. Most often, they sold their books directly to individuals via Arktos’s website or Amazon. The libraries that did carry those books were often local libraries in small towns — a notable curiosity in itself. Instinctually, rather than shell out money that would support the radical-right publisher, I ordered the books through Interlibrary Loan, as Harvard did not have any of Arktos’s works in its massive collection. However, little had I realized at the time that a simple act of borrowing those books could signal to libraries that there was indeed demand for this kind of literature.

I requested as many of the Arktos books as I could find on WorldCat via Interlibrary Loan. However, when the librarians at Harvard noticed that a faculty member was interested in that publisher, they purchased several Arktos books for their collection. The last thing I wanted was for one of the wealthiest libraries in the world to start to purchase this material, yet suddenly there they were on the shelves of Widener Library.

Just as problematically, what was I to do about the books that were not available through Interlibrary Loan? Was I to buy them myself? I did need those books to complete my research — but at the cost of financing Arktos? In a capitalist society such as the United States, where money is deemed freedom of speech by its Supreme Court, is spending money to purchase those books not actual financial support for the radical right?

Eventually, in order to complete my research, I settled on purchasing select titles sold second-hand by individuals on Amazon. In this way I could at least tell myself that I was not contributing directly to Arktos’s bank account and potentially was taking a book off the market. Yet still, my purchase inevitably also taught Amazon that there was interest in those books. In fact, when we get technical, even searching for the personages and topics of the radical right can ultimately teach Google’s algorithms to highlight websites and YouTube channels that probably should not see the light of day, at least according to those who prescribe to Popper’s theory of the paradox of tolerance.

More recently, the website altright.com, with which Arktos is no longer directly associated, announced preparations for the release of a new platform called AltRight Plus. Its website describes AltRight Plus as offering exclusive podcasts, videos and long-form articles. Although the platform vacillates between dormant and active, it asks for a minimum $9 monthly donation for access. Under no rationale could I ever justify paying for such a subscription, even if that content is directly of interest to me as both as a digital historian and as a scholar of the radical right. But is such a subscription really that different from other forms of unintended support, such as Google searches and borrowing from libraries?

Of course, this dilemma exists elsewhere in the virtual world as well, and ultimately in more insidious ways. After all, alt-lite provocateur Milo Yiannopoulos and his ilk do indeed profit from having eyes on their videos — whether for research purposes or not. Can we ethically watch these videos at all if we believe that in some way Yiannopoulos is profiting from them? These questions expand very quickly into just how our consumerism acts as a vehicle for our politics in a capitalist society — a larger question that leaves us all implicated and for which there is no easy answer or solution. On balance, we can only hope our work does more good than bad.

*[The Centre for Analysis of the Radical Right is a partner institution of Fair Observer. Updated: February 11, 2019.] 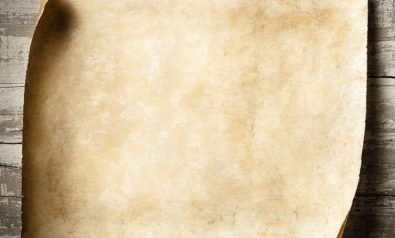 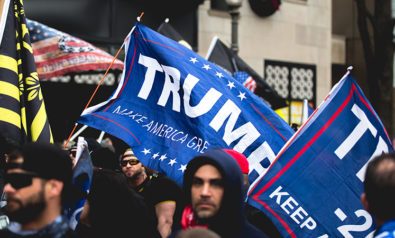 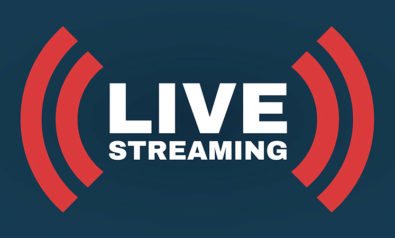