Can the Organization of American States agree on reforms to the approach of regional governance?

Latin America is home to 14 different regional international organizations, which often espouse overlapping goals and have similar members. Among these, probably the best developed is the Organization of American States (OAS), which recently concluded its44th annual summit in Paraguay’s Asuncion. Unfortunately, like many things coming from Latin America, coverage of the event was close to nil in international media outlets. It comes as no surprise then that Michael Reid, The Economist’s Latin America column editor, once called it “the forgotten continent.”

The OAS is one of the oldest international organizations in the world. Its origins can be traced back to Simon Bolivar’s proposal in 1826 to create a congress of American republics on supranational terms. Even if his exact vision was unsuccessful, the grains of further Latin American integration were already planted. Today’s organization was founded in 1948 following the signing of the Charter of the Organization of American States under the guidance of the US, officially signaling the shift from British to American hegemony in the hemisphere.

From the beginning, the purpose of the organization was three-fold: increase trade, encourage the peaceful resolution of disputes, and safeguard human rights. To this end, the American Declaration of the Rights and Duties of Man was adopted in 1948, making it the world’s first human rights instrument, predating the United Nations Charter by more than half a year. In true post-war euphoria, the member countries rushed to expand the OAS’ institutions and reach. The Inter-American Commission on Human Rights (IACHR) was established, along with a comprehensive legal system and a tribunal with judicial powers, which was tasked with protecting human rights among the signing parties.

Over the years, hemispheric cooperation became increasingly elusive inside the organization, as its members drifted apart — caught up in the Cold War’s binary logic. After an initial few promising decades, the OAS slowly fell into disarray, primarily due to declining commitment from its members.

For example, the Inter-American Treaty of Reciprocal Assistance (also known as the Rio Treaty), which addressed questions of regional and collective security, was famously invoked to support the American blockade during the Cuban missile crisis, sparking controversies of unjust bias and US meddling. A number of states have since left the Treaty, with the final blow coming in 2012 when the ALBA countries (Bolivia, Ecuador, Nicaragua and Venezuela) denounced it and retreated from its framework.

The OAS is one of the oldest international organizations in the world. Its origins can be traced back to Simon Bolivar’s proposal in 1826 to create a congress of American republics on supranational terms.

More political integration was hampered by the divisive attitude of the US toward the left-leaning governments of Latin America. Even once-stalwart allies of Washington in the region, such as Venezuela and Argentina, have begun to see increasing levels of anti-American feeling, leaving the OAS powerless to act.

Instead, the organization has chosen to focus more on human rights promotion, through its most visible organism, the Tribunal of the IACHR. According to a study published by Ezequiel Malarino, a visiting scholar at the University of Cambridge, the Inter-American Court of Human Rights has consistently overstepped the mandate it received from member states with the San Jose Declaration. Indeed, the case file shows numerous occasions when the Court even extended the meaning of some human rights (such as property), or broadened its competences to judge controversies founded on acts that occurred before the state concerned had ratified the Charter (retroactivity).

Moreover, the IACHR has ordered states to enact or revoke certain laws. In Chile, the Court ordered the country to modify its constitution; in Uruguay it annulled a referendum; and in Guatemala it went so far as to order the building of public works, as its solution to addressing the Plan de Sanchez massacre of 1982. These repeated breaches of both the letter and spirit of the Pact of San Jose — Articles 76 and 77 clearly limit the Court’s ability to unilaterally extend its mandate — have angered and alienated the signing states.

Unfortunately, these are not the sole issues that challenge the relevancy of the OAS. The organization has fallen out of grace with many members, who have denounced it as an American pawn in the region that is preoccupied with promoting Washington’s own interests, and perceived as being out of touch with the needs of its still-developing  members. Indeed, upon further scrutiny, such accusations seem to hold water. Many Latin American countries contend that the Office of the Special Rapporteur on Freedom of Expression (SRFE), created at Washington’s behest inside the IACHR, has been used by the US tofuel political dissent in the hemisphere.

Keeping true to the way the Court has expanded its mandate and sought to unilaterally define human rights, the SRFE has championed ideas that are seen as legal neocolonialism — the practice of using legal means to achieve control over the destiny of Latin America. The best-known example is the El Universo case, where Ecuadorean President Rafael Correa sued Emilio Palacio under the country’s defamation laws, after the journalist published an article arguing that the former had committed crimes against humanity by fabricating the failed coup d’état of 2010. Before suing, the president asked Palacio to run a correction on the article, which he refused. Correa went on to win the case, only to issue a presidential pardon.

Throughout the legal saga, the case received widespread criticism from the SRFE, with Oswaldo Ruiz-Chiriboga, a former senior staff attorney of the IACHR, even arguing that the “rapporteurship should not be allowed to essentially declare a violation of human rights before the Commission decides the case. This is a basic due process rule to guarantee the forum’s impartiality.”

The organization has fallen out of grace with many members, who have denounced it as an American pawn in the region that is preoccupied with promoting Washington’s own interests, and perceived as being out of touch with the needs of its still-developing  members.

Furthermore, the fact that the SRFE receives virtually all of its funding from Washington, and has access to five times more money than any other rapporteur, raises some legitimate questions. For instance, why should the oversight of lesbian, gay, bisexual and transgender (LGBT) rights or socioeconomic human rights be awarded fewer resources, especially when Latin American countries are still trying to find a way to reconcile their own traditions with the challenges of a globalized world. Moreover, the Office of the SRFE negates the idea that all human rights are indivisible, interdependent and equal, since the IACHR has failed to explain why “freedom of expression needs special protection over other rights and, moreover, why this right has a rapporteurship with many more privileges than the other rapporteurships,” according to the same Oswaldo Ruiz-Chiriboga.

As goes for the US, its reluctance to sign most international human rights documents, including the IACHR’s Pact of San Jose, has left the country outside the reach of any supranational oversight. In this case, why should the headquarters of the IACHR be based in Washington DC, when the host country itself does not recognize the body’s authority?

An initiative put forth by the ALBA countries in 2011, and championed by Ecuador, sought to make the system more accountable and efficient. The countries argued for the creation of a single, common fund, which would collect all donations for the IACHR and ensure an equitable distribution across all the different rapporteurs. Also, moving the headquarters out of Washington DC and into a signatory country of the Pact of San Jose would also increase the legitimacy and outreach of the OAS. Correa has correctly pointed out that only seven Latin American countries have signed and agreed to be bound by all regional instruments of human rights — an untenable position if closer integration is sought.

Efforts to reform the organization thus far have been largely unsuccessful, as the recent Paraguay summit clearly illustrates. The ALBA proposal received the cold shoulder from other members and was replaced with a declaration of support for dialogue, as well as a “call for the IACHR to consider holding sessions outside its offices in Washington.” The sole positive development was the overwhelming support for Cuba’s inclusion in the OAS, which was blocked by the US for decades. Most Latin American countries vowed to withdraw from next year’s summit, if Havana is not allowed to participate.

The OAS and the IACHR, far from being the region’s guiding force — like the European Union, for instance — have taken a nanny-state type approach in the issue of regional governance. In lack of deepening intra-continental cooperation, the notion of protecting human rights became the raison d’ȇtre for the OAS. Unfortunately, the brutal methods used to promote these objectives have severely shaken the members’ trust in the body.

Article 2 of the OAS Charter declares that the organization’s purposes should be achieved by “respecting the principle of nonintervention.” Some serious soul-searching is needed in Latin America, if these words are to ring true once again. The first step for policymakers should be to re-read what the organization was meant to stand for. 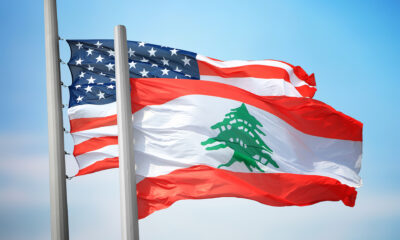 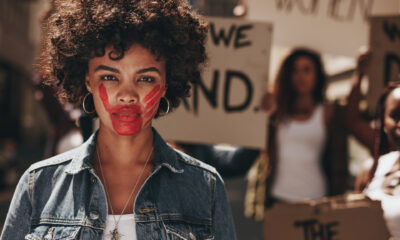 What Can the 2022 Elections Tell Us About Violence Against Women