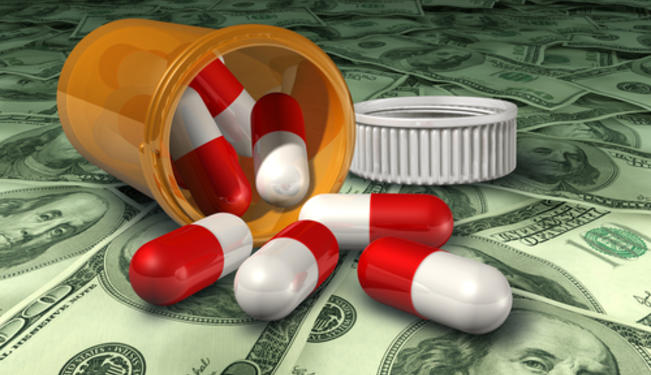 Is the British healthcare service a model for the United States? This is the last of a two part series. Read part one here.

Here is the most consequential truth: Even though British healthcare is largely public, it is effectively unaccountable. You might naturally assume that the Ministry of Health is accountable for public healthcare – not so. The Labour government (1997-2010) had set up an incestuous system of “quasi-non-governmental organizations” (QUANGOs) that effectively hid epidemic malpractice and allowed government deniability. QUANGOs are largely self-regulating bodies, even though almost all their funding comes from the taxpayer.

The Labour Party, although traditionally interventionist, was keen to market these bodies as “independent” of parliament, but independent professions are unregulated professions. Inevitably, the Labour Party stacked QUANGOs with its cronies, who helped to align the system. The real political advantage was deniability of healthcare scandals. New Labour always claimed that the chief problem with British healthcare was historical under-investment and blamed the few scandals that hit the public media on individual rule-breakers.

The Conservative-Liberal administration that took over in 2010 had been critical of New Labour’s QUANGOs, but has further separated the government from responsibility. In 2011, the administration separated the NHS executive authority, preparatory to it becoming a formal non-department public body — NHS England — in 2013. While the Ministers of Health have become less responsible, the controversial chief executive, Sir David Nicholson, has remained the same since 2006. Before that, he had been chief of the regional authority responsible for the Mid-Staffordshire scandal. He has announced his retirement in 2014.

The Care Quality Commission (CQC) is supposed to inspect hospitals, care homes, dentists, and local medical practitioners of all sorts, but has a history of passing providers as “outstanding” despite private revelations of scandalous care. Most infamously, the CQC annually passed the Morecambe Bay Hospitals Trust as “outstanding,” despite years of complaints of elevated rates of mortality amongst mothers and babies. Only after an inquest in 2011 criticized one of the Trust’s hospitals for one particular death, and once the police began investigating the death and then others, did the CQC order an investigation.

The Commission's investigation languished until late in 2012, when the CQC ordered a management consultancy to audit the case in an attempt to clear the CQC’s own name. In June 2013, that management consultancy reported that the CQC had failed to properly check the Trust’s information and had covered up its own failings. As a result, the CQC is currently the subject of a public inquiry. The Commission will likely be renamed or absorbed, staff will take other jobs or retire (some have retired already), but nobody will be held accountable. The CQC itself is the result of such a reorganization dating back to 2009: it recruited staff who had moved on from the NHS Trust or regulators that had been implicated in the scandal at Mid-Staffordshire in 2008.

Meanwhile, the professions effectively regulate themselves and naturally protect their own members. Britain has nine health profession regulators that are recognized by the Professional Standards Authority, covering professions such as nurses, social workers, dentists, chiropractors, etc. Yet nobody at the Stafford Hospital was held accountable until the end of July 2013, when the Nursing & Midwifery Council ruled that two nurses had not behaved properly in the care of a patient who died at Stafford Hospital in 2007 – the worst punishment they could have received was to be struck off the nursing registry, but these nurses had already retired.

Social workers – the most scandal-ridden health professionals – are less accountable now than under the previous administration. They were once regulated by the laissez-faire General Social Care Council, which was abolished in 2012 and folded into the Health and Care Professions Council, which was already responsible for paramedics, psychologists, and others.

The Professional Standards Authority states upfront that it “oversees” the professional regulators but does not investigate individual cases, except during random audits. It is satisfied with all the regulators.

The scandals at Morecambe Bay were perpetuated by both the CQC and the Health Ombudsman – the former told grieving parents that it could not investigate individual cases, while the Ombudsman said they must complete the hospital’s and the CQC’s complaints procedures. In 2012, a new Health Ombudsman took over: Dame Julie Mellor. In July 2013, she promised a ten-fold rise in the number of cases that the Ombudsman would investigate, but this would raise its investigation rate from just one percent to 10 percent of complaints. In August 2013, Dame Julie gave an interview to the Daily Telegraph in which she criticized the “toxic culture” in hospitals that frustrates complaints. Her solution? Hospitals should have 24-hour telephone lines and responsible staff for complaints. She did not suggest an Ombudsman with the duty and authority to investigate all complaints and hold persons accountable.

Even if the Ombudsman were to investigate, it refuses to investigate persons, only organizations. Consequently, the worst that an organization can expect is a ruling that “mistakes were made” and that it should apologize and perhaps compensate, but no particular person is ever named as responsible. For instance, the Mid-Staffordshire NHS Foundation Trust was allowed to continue to operate; its only material punishment being small compensation payments and public aversion – in 2013 it entered financial administration.

Clearly, consumers of British healthcare have little hope of justice through the providers or the regulators, leaving them with two options: legal action or publicity. The regulators are not frightened of legal action. Their notices and letters always conclude with the advice that dissatisfied complainants could seek a judicial review, but warn readers that they should seek legal advice and that the process could be very expensive. Thus, judicial reviews are open to only very wealthy clients.

One might think that complainants would privately sue for compensation through civil courts, but Britain has a weak tort system that discourages frivolous actions by disallowing actions outside of a few months of the injustice and by awarding damages in only the most egregious cases. In some cases, judges have awarded nominal damages, but not costs — so even the successful complainant could be left heavily indebted.

Lawyers are prepared to take on cases on a no-win-no-fee basis only in cases of clear medical malpractice, such as when a surgeon sews up a patient with a swab inside. The vast majority of medical malpractice cases are not resolved in or out of the courts. Public compensation is trivial, even in the rare event that a public authority admits fault; the average compensation for families of patients who died unnecessarily under the care of Stafford Hospital was just £11,000.

Failed by the regulators and the judicial system, Britons have resorted to publicizing their complaints in the hope that enough complainants band together and discover enough information about their neglected relatives that some authority is forced to act. Usually such a campaign takes years and produces results only when the responsible party is retiring anyway, without anyone being held criminally or professionally accountable.

The current government’s biggest innovation since coming into power in 2010 is to invite two unambitious reports that were not completed until 2013 and whose recommendations are breathtakingly indecisive. In February 2013, Robert Francis QC completed a three-year public inquiry into the scandal at Mid-Staffs. He made 290 recommendations, the most profound of which was a legal duty of care, which surprised ordinary people who naturally had assumed that “carers” already had a legal duty of care.

In August, an American professor, Don Berwick, recommended a legal duty for all healthcare workers to admit their mistakes, a “zero harm” culture, and “minimum staffing levels.” Again, the public reasonably wondered why another expert had been called in “to state the bleeding obvious,” as one irate member of the public put it. One could ask how morally bankrupt the oldest and largest national health system must be that it needed to call in a foreigner for advice.

All political parties have welcomed the opportunity to agree with the recommendations, without demanding restructuring. Without restructuring, we have more or less the same plethora of failed regulators that oversaw past scandals, although some have new leaders who talk the talk of increased transparency and accountability.

What Can We Conclude?

We cannot conclude from the British case alone that either public or private healthcare is superior, as American disputants over Obamacare would like. Certainly, no sensible Briton would like to get rid of free accident and emergency services, which have helped to reduce health risks associated with accidents. Equally assured, no sensible Briton has faith in the historical propaganda that public healthcare naturally cares best for patients.

Unfortunately, healthcare is highly ideological and ideologues can interpret any story for their own ends: socialists still blame British healthcare problems on creeping privatization and public under-investment; while conservatives tend to blame government meddling. Both sides ignore the role of regulation. In fact, socialists, contrary to their political ideology, oppose increased regulation of healthcare because of the supposed commercial practices of standard-setting; and conservatives oppose regulation because the market is supposed to fix itself.

Both sides are wrong, but agree that increased regulation would be bad – if only because healthcare accountability means political accountability.

Healthcare is a public good that can be provided by a mix of public and commercial services, but only under effective regulation. At the moment, British regulation of healthcare is spineless – full of redundancies, deniability, obstructionism, incestuous collusion, and self-regulation, encouraged by a government that does not want to be implicated by oversight. British healthcare will not improve until Britain introduces a system of regulation that actually holds persons accountable.