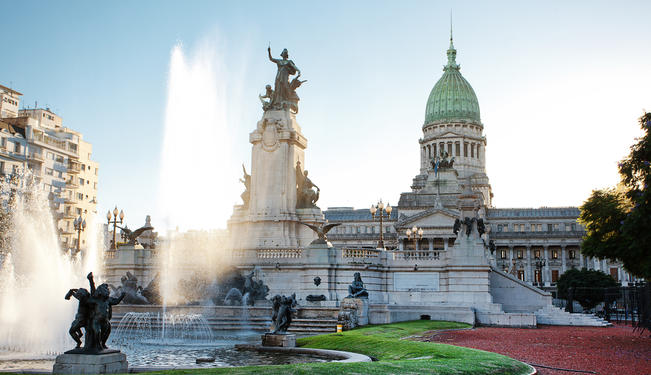 This week Nelson Mandela died. As the world mourns the great man, Fair Observer takes a close look at his life and times. He has long been an inspiration to our entire team and we rededicate ourselves to the ideals of freedom, equality and justice for which Mandela was prepared to die.

Fast-food workers in the US went on a 24-hour strike to protest low wages. The Unions want a federal minimum wage of $15 an hour and the Senate is proposing to increase it to $10.10, a move backed by President Obama. Unfortunately, it hardly has a chance of success because the Republican dominated House of Representatives will most likely shoot it down.

Real wages have declined in the third quarter for both men and women, and are down by 3.2% since Obama took office. This is part of a longer term trend where technological change, international trade and the decline of unions have put downward pressure on wages. Moreover, raising the minimum wage increases prices and lowers job creation, both unpleasant prospects for a struggling economy. The long terms fix is investing in skills and productivity, and that is what American policymakers have to focus on.

A day after an attack killed eight people, Farc, the left-wing Colombian rebel group, has announced a 30-day ceasefire starting December 15. The government insists that it will stop the fighting only when a final ceasefire is achieved. Talks have been going on since November to end a 50-year war that has killed an estimated 220,000 people.

In Brazil, growth has slowed to 1% this year. Inflation is at 5.8% and, for the first time since 2000, the country has run a trade deficit. Its deficit has increased from 2.4% in 2012 to 3.7% in 2013 and its currency has fallen by 14% this year against the dollar. Brazil needs urgent reforms such as the one it has instituted for infrastructure if it is to shore up its economy.

President Pena Nieto is pushing through a controversial energy bill in the Senate that would open up the oil sector to private investment. Nieto’s goal is to increase investment, create jobs and boost economic growth. Mexico is the 10th largest oil producer and this is the biggest set of reforms proposed for this sector in the last 75 years. The left is calling the bill “national treason” and protesters are demonstrating outside the senate. If passed, this bill will shake up the monopoly of Pemex, the giant state owned company, and give Mexico a shot in the arm.

The most interesting news in the continent comes from Chile. It began Start-Up Chile, a program to attract entrepreneurs from around the world in an effort to build an entrepreneurial ecosystem. Outgoing President Sebastián Piñera declared 2013 as the year of innovation. This week it kicked off the inaugural Innovation and Entrepreneurship Forum of the Pacific Alliance — dubbed LAB4+ — to promote business innovation among entrepreneurs from four of the five Pacific Alliance nations — Chile, Peru, Colombia and Mexico.

The Ukrainian saga rolls on. President Viktor Yanukovych ordered a crackdown on protesters in Kiev’s Maidan Square. As protests intensified, so has Yanukovych’s repression. Lenin’s statue was toppled and the police are now breaking up protest camps. Not all is going for plan for Yanukovych though. In western Ukraine, the police refused to carry out his orders and local councils threatened a general strike.

Italy and Spain have new leaders of the left. Matteo Renzi will be leading the weak and divided Democratic Party of Italy. He is seen as a Tony Blair figure for Italy because he supports reforms such as cutting taxes and public sector salaries. As mayor of the historic city of Florence, this 38-year old has performed creditably. Susana Díaz became the leader of Spanish Socialists in Andalusia, which has an unemployment rate of 36%. Unlike Renzi, she has no experience in government and has no answers as to how to curb debt and spending going forward. The only new idea that her party is proposing is federalism, which Spain could do more of as it unravels centuries of centralization.

As Africa looks to China and even India for trade ties, France is trying to retain influence by guaranteeing peace and security. Its troops continue to operate in Mali and are now disarming militias in Central African Republic, where Christian and Muslim militias have been battling each other with a brutality that has led to the displacement of 400,000 people, nearly 10% of the country’s population. The fault lines are based on tribes but the conflict is exacerbated by religious fervor.

The most shocking development in Africa comes from Somalia. A woman who had complained of rape and two journalists who covered her story have been jailed. The court handed her a suspended six-month jail sentence for defamation and lying while the two journalists were sentenced for defamation and insulting state institutions. This is the third time this year when a woman reporting rape has been harassed or jailed by the authorities. Human Rights Watch has declared that the case “has been marred by mismanagement, opacity, and the harassment of the female rape survivor and support service providers.”

In Israel, Prime Minister Binyamin Netanyahu has announced that he will not be attending Mandela’s funeral because of high travel costs. One reason is that Netanyahu has been facing pressure recently for his opulent lifestyle. Then, Finance Minister Yair Lapid, declared that Netanyahu’s confrontation with the US “isn't good and it also doesn't serve our goal." Most unsettling, however, is that Mandela’s death has sharpened comparisons between Netanyahu’s Israel and apartheid South Africa. Israel’s close ties with the apartheid regime are also coming under scrutiny.

The conflict in Syria continues to draw in Lebanon. A Hezbollah commander who fought in Syria was shot dead in Beirut. Hezbollah blamed Israel while an unknown Sunni organization, Ahrar al-Sunna Baalbek brigade, took credit for the attack. Meanwhile, the UN High Commissioner for Human Rights, Navi Pillay, has linked President Bashar al-Assad of Syria to war crimes and crimes against humanity. She called for the situation in Syria to be referred to the International Criminal Court in The Hague. What Pillay did not point out was that other parties in Syria are also guilty of similar crimes.

Nepal is in gridlock as parties negotiate fiercely to end the political crisis following the elections. The Maoists, having lost, are claiming electoral irregularities and are bitter about losing after winning the previous elections. The winners who represent a ragtag bunch of powerful interest groups are digging in their heels. Talks continue though and it may be that, behind the tough posturing, both sides may be inching towards a deal.

In Pakistan, Hagel met Prime Minister Nawaz Sharif and the new army chief, General Sharif. In a testy meeting, Hagel warned Pakistani leaders that their failure to tackle protests blocking military shipments to Afghanistan might affect the aid it receives. Sharif, on the other hand, protested that “drone strikes were counter-productive to our efforts to combat terrorism and extremism on an enduring basis.” The US and Pakistan are old allies but it is clear that the love has gone out of their relationship.

In nearby Kyrgyzstan, where the US pays $200 million per year just for jet fuel, the country has asked the US to pack up its Manas airbase. Promised $1.1 billion in military aid and $500 million in a debt write-off from Russia, Kyrgyzstan has no use for the Americans, who will leave by July. The decade-long era of direct American involvement in Central Asia is nearly over. Chinese President Xi Jinping has already proposed the “Silk Road economic belt” and will be investing many billions of dollars into road, rail and pipeline projects that will connect the region with China.

In Thailand, Prime Minister Yingluck Shinawatra has dissolved parliament, called for new elections, proposed a national referendum, and even offered to resign to defuse the political crisis. Suthep Thaugsuban, leader of the opposition movement, promises to continue protests. He wants an unelected, undefined so called “people’s council” to run the country. The big question that Thaugsuban has to answer is about who would select the people’s council, if not the people. He might already have done that by calling for the new prime minister to be chosen by the monarch.

North Korea is going through some sort of purge. Leader Kim Jong-un's uncle, Chang Song-thaek, has been escorted out of a party session by uniformed guards. Pictures of this are making waves across the world. He has been accused of “forming factions against the state, corruption and "depraved" acts such as womanizing and drug abuse.”

South Korea faces a far milder problem of “silent suicides,” the term used for suicides by the elderly. In 2011, more than 4,000 people over 65 committed suicide. The OECD report on suicide makes grim reading. Suicides in South Korea have been rising dramatically and have quadrupled for the elderly. Many have often complained that the country has lost its soul.