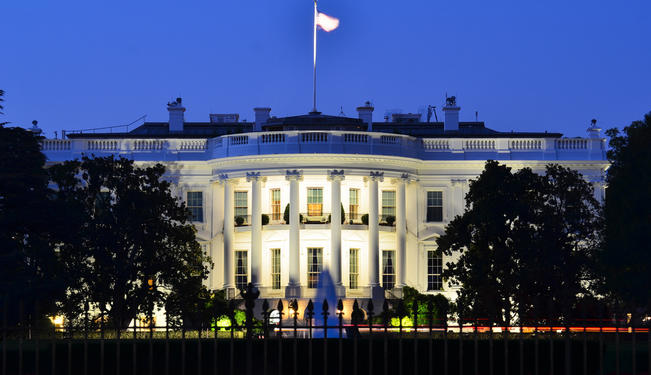 Following a string of high-profile victories by Syrian government forces, the Obama administration announced that it would begin sending "lethal aid" to rebel factions. Washington is attempting to save face by justifying its decision with the insufficiently substantiated claim that the Syrian regime used sarin gas in the battlefield. This is likely meant to help preserve the deterring power of American threats, as otherwise, the "red line in Syria" rhetoric would be meaningless.

However, it is Bashar al-Assad's renewed momentum that has changed Barack Obama's strategic outlook. While the US president has been able to resist bipartisan calls for intervention on Capitol Hill, the combination of high-profile victories for Assad loyalists and mobilized Russian and Iranian support was too much to bear. The United States is now involved in Syria — from military assistance to a large contingent of jets and soldiers now ominously stationed in Jordan.

Due to these events, the Syrian Civil War has entered a new phase. It is therefore important to understand what this means, and the consequences that face both Syria and the wider region.

War of the Proxies

Before discussing the involvement of powers such as Iran, it is crucial to analyze the coming infighting among the US and its allies. The Obama administration has repeatedly stated that it wants aid to go to "moderates" in the rebellion. This means that it wishes for weapons to primarily go to rebels most likely to uphold US interests in the country after Assad is overthrown.

The specification of "moderates" means that US officials will find themselves in direct conflict with their stated allies in the war. Saudi Arabia and Qatar will now straddle the line between ally and antagonist, as they both fund distinctly immoderate guerrilla factions.

Qatar embodies this role more fully than Saudi Arabia, as although Saudi Arabia has been funding an ideological mixture of rebel groups, Doha has been working directly with the Syrian Muslim Brotherhood to almost exclusively support Salafi militants. This rival military alliance is part of Qatar's move for greater strategic independence from Saudi Arabia, and also complicates the US relationship with the Gulf monarchy, as Doha plays host to a political office of the Taliban for peace talks.

Thus, as the CIA supports its rebel allies, Washington will have to strategically leverage itself against American allies, who are supporting groups directly at odds with its strategic interests in the country. The most feared example is Jabhat al-Nusra, a rebel group that has ties with al-Qaeda in Iraq, as well as with senior al-Qaeda leaders.

The main reason that Obama has exercised caution in providing support for the rebels is because of al-Nusra. This has been wise strategic thinking, as there are clear historical parallels in supporting a diverse armed opposition including far-right Salafi militant groups. The situation is frighteningly similar to the Soviet-Afghan war that ultimately led to the birth of al-Qaeda.

It is likely that the CIA and US military, neither of which have any interest in dealing with a new generation of veterans-turned-terrorists, will attempt to simultaneously purify the rebellion, as they support it. The announcement of supporting "moderates" in the rebellion may even lock together with a quote by a US official to a rebel leader last December: "We'd prefer you fight al-Nusrah now, and then fight Assad's army. You should kill these Nusra people. We'll do it if you don't."

US assistance will arise in direct proportion to a demand to control the Salafi militant groups in the rebellion. If they can't be controlled from afar, more direct forms of intervention, either by drone strikes or allies such as Recep Tayyip Erdogan's Turkey — a NATO ally that allows for Washington to have political and military distance from the conflict's excesses — may be seen as necessary.

These direct interventions would inevitably mean that the United States is forced to strengthen its allies in nearby governments. This will have a large effect on domestic politics in these states, most obviously in Turkey, where Erdogan desperately attempts to crush local dissent and finalize a peace agreement with Kurdish seperatists in order to ensure that domestic upheaval will not compromise the Turkish parliament's push for possible intervention. Monarchical regimes will likely see their ties to the United States deepened if American airpower will be used, whether through the US personnel now stationed in Jordan, or the formerly secret drone base in Saudi Arabia.

The Specter of Shi'ism

These proxy-within-proxy battles are in addition to an international proxy war that has materialized in Syria.

The main reason that Assad has been able to make such impressive gains is because of a revitalized strategy that depends on backing from Russia and Iran. Iranian assistance happens to involve Hezbollah leader Hassan Nasrallah's willing deployment of his fighters to support the regime (at great expense of his own regional popularity). Just one example is the fact that Hezbollah’s backing was crucial in the regime taking back control of the strategic Lebanese-Syrian border town of al-Qusayr last month.

Part of this involves a brutal religious framework. The fact that an avowedly Shi'a revolutionary Islamist state, Iran, has commanded a Shi'a militia to defend an Alawite Shi'a head of state has led to a popular image of the proxy war in Syria as an inevitable result of the Sunni/Shi'a schism that dates back over a millennium. The fact that Hamas knew better than to support Assad, and has been punished for it, unfortunately makes these sectarian lines seem even cleaner.

As a result, events in Syria will do their own part to contribute to an upsurge of sectarian violence that reaches as far as Pakistan. The bloodshed is likely to continue in the Muslim-majority countries that have significant Shi'a populations. It also combines with other trends in Sunni-Shi'a violence from diverse factors, such as the continued fallout (and impending second outbreak) of the Iraqi Civil War, Saudi-circulated ideologies of Sunni predation, and ongoing US tensions with Iran.

The misunderstanding is that US military aid to the rebels will help stem this reality and its dramatic sectarian consequences. It is far more likely that the United States will exacerbate it significantly by involving itself as another global power in the tumult. This is especially true with its apparent strategy of forming a new regional axis through Sunni Islamist allies, with leaders such as Erdogan, Morsi, and King Abdullah.

The Syrian Civil War, like the Iraqi conflict before it, is turning an entire country into a chessboard. No matter how it concludes, this war has become a story of consolidating a new status-quo.

Every international actor currently involved in Syria sees the war as an opportunity to expand its own role in the regional power structure, and also the historical trends of the Arab revolts. Whoever wins the dual proxy-war between the US, and its allies, and the Assad regime's supporters, will almost certainly do so at the expense of the Syrian revolution.

International support for the uprising against Assad is likely to wane, along with the strength of grassroots organizations such as the Popular Front for Change and Liberation, that do not want to align with a foreign benefactor. Groups like the Popular Front, along with the still present nonviolent factions that started the revolt, can expect to be sidelined in the coming years. They are inconvenient to the larger powers, both regional and global, that seek to claw parts of the country into their own spheres of influence, as it becomes a rotting corpse of Ba'athist governance.

There are many questions of this new phase that unfortunately cannot be answered yet. Among them, will an extended war in Syria ultimately empower a new generation of Salafi terrorists, as occurred in Afghanistan 30 years ago? Will that empowerment occur in conjunction with the fact that some fighters are already veterans from fighting during the American-led occupation of Iraq? What can the role of the United Nations possibly be, as we mark a decade of its most powerful member completely ignoring it in occupying Iraq, and now completely ignoring it by involving itself in Syria along with setting up a potential no-fly zone of dubious legality?

This much is clear. As Syria bleeds, and is cannibalized by its neighbors, it also becomes a stage that reveals the most nightmarish aspects of the Middle Eastern status-quo. Given that a huge part of the Arab Spring was envisioning a new social order for the Middle East, it is up to regional activists who pushed for its most positive aspects, such as an end to military rule, to confront this devastating reality. Syria will either mark the evolution of a suicidal political structure for the region, or its closing chapter in favor of something new.