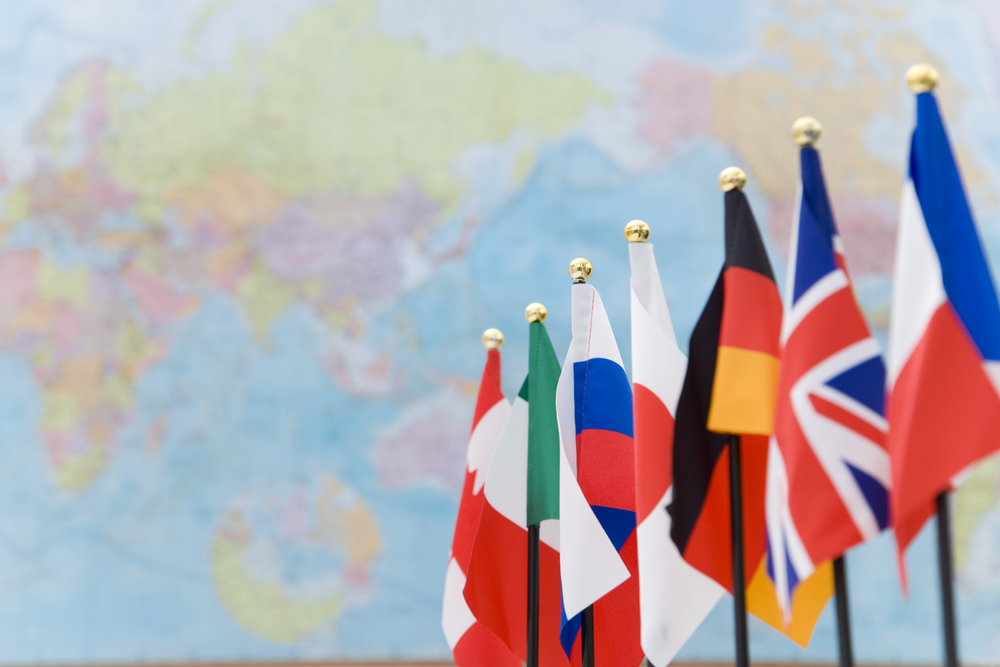 While Russia was justifiably absent from the G7 summit in Brussels, the country and its president cannot be isolated.

The math is simple, but world leaders are struggling with their numbers. The reconstituted Group of Seven (G7) met in Brussels on June 4-5 minus Russia, which was due to host the (G8) gathering in Sochi. Nevertheless, the summit, hosted by the European Council following Moscow’s suspension, ironically placed “relations with Russia” at the core of the agenda. The meeting’s reorganization was justified in light of the Kremlin’s annexation of Crimea, but it still went against the group’s founding principles and complicated the West’s relations with Russia. The approach leaves remaining leaders with the task of cobbling together a coherent way forward in Ukraine in the absence of the individual who matters most.

In 1975, in what was to be the precursor to the G7, French President Valéry Giscard d’Estaing convened a meeting of the six largest economic powers of the day (West Germany, France, Japan, Italy, Great Britain and the United States) to discuss macroeconomic policies following the 1973 oil crisis and recession. The gathering began as a forum for coordinating a global response to economic challenges, but soon evolved into a venue for tackling political and social problems as well.

In fact, the founding principles of the G7 emphasized collaboration over division and inclusion over isolation. These basic tenets were put to the test with the 1997 accession invitation to a Russian Federation that was still struggling to find its footing following the disintegration of the Soviet Union.

Despite lacking the economic heft to justify its inclusion, Russia was brought into the fold because Western powers determined that a Kremlin firmly embedded in international institutions would be more likely than one that is isolated to adhere to global norms of behavior.

That trust paid early dividends in 2002, as Vladimir Putin worked with other world leaders to allocate $20 billion over ten years to secure and eliminate nuclear, chemical and biological weapons in Russia and former Soviet states. In the years that followed, Moscow coordinated with NATO partners to facilitate the transit through Russia to Afghanistan of personnel and materiel. Further engagement has led to the New Start Treaty between the United States and Russia to reduce their nuclear arsenals. The relationship between Russia and the West still saw its fair share of challenges, but the decision to favor inclusion, on balance, has served the global community well.

For some policymakers, the Russian annexation of Crimea shattered the fragile veneer of trust that has existed since the Soviet Union’s demise. For others, Crimea was an “I told you so” moment that followed the 2008 invasion of Georgia, confirming long-held suspicion of Kremlin behavior. There is no justification for the annexation of Crimea or the subsequent incitement of violence in eastern Ukraine, but whichever punitive instrument one chooses to employ, the option for dialogue must still be on the table.

The founding principles of the G7 emphasized collaboration over division and inclusion over isolation. These basic tenets were put to the test with the 1997 accession invitation to a Russian Federation that was still struggling to find its footing following the disintegration of the Soviet Union.

Sanctions imposed by the European Union and the United States have, thus far, yielded limited results. As The New York Times recently reported, the real impact appears to be “more psychological than tangible.” Capital is fleeing the Russian economy, perpetuating ruble weakness. While there is no question that these measures were imposed with strategic and self-interested motives, the West has failed to employ the same brand of realpolitik when it comes to engagement with Russia.

The case for engagement is reinforced by the American and European approach to Iran. Despite decades of being a pariah state, the Islamic Republic still worked with the United States and Europe — via back channels and, later, under the auspices of the P5+1 — to find agreement on Iran’s nuclear activities. Like Russia, Iran had violated international law on numerous occasions, actively destabilized its region, and undermined the basic norms of behavior in the global system. Yet despite this dismal track record, world leaders recognized that dialogue is a prerequisite for a resolution.

One important lesson that can be drawn from Iran’s case, however, is that back-channel contact alone may be insufficient for bringing about a desired outcome. Exposure, and the public pressure that can accompany it, can make leaders in even the most tightly controlled societies cognizant of the consequences of their decisions.

As G7 leaders assembled in Brussels, they will have explored ways to coordinate efforts to bring about a solution to the Ukraine crisis. That is a laudable goal and one that, for now, may well need to be pursued without the party most capable of implementing the necessary measures. However, complete isolation is an exercise in futility. International relations, like mathematics, can create tricky problems. But if they are to be solved, one must remember to go back to the basics. No matter how one calculates it, eight is greater than seven.

*[This article was originally published by Bertelsmann Foundation.]