Donald and Melania Trump at the memorial for victims of the Tree of Life Synagogue shooting in Pittsburgh, 10/30/2018 © White House

What should we make of a substantial Jewish presence in Trump’s right-wing administration?

One of the apparent curiosities of the Trump presidency is the significant role played by American Jews in his administration and his personal circle of friends, confidants and ex-confidants. To illustrate: The president’s daughter, Ivanka, is married to Jared Kushner, an Orthodox Jew and Trump adviser. She is also a convert to her husband’s faith. Another Jew, Steven Mnuchin, is presently the treasury secretary. Until recently, Michael Cohen was Trump’s personal attorney, and, early in his administration, Gary Cohn, a Goldman Sachs CEO, served as his principal economic adviser.

David Shulkin served early on as the secretary of veteran’s affairs. Stephen Miller, a strong opponent of immigration, is a key White House adviser. Boris Epshteyn is an assistant communications director. Jason Greenblatt, a Yeshiva University graduate, is a US trade representative. And another Trump lawyer, David Friedman, now serves as US ambassador to Israel.

The list doesn’t end here. The late Roy Cohen — a prosecutor at Julius and Ethel Rosenberg’s Soviet spy case in 1951, chief counsel to Joe McCarthy’s Senate Permanent Subcommittee on Investigations during the early 1950s and later a disbarred lawyer — was a mentor for a young Trump early in his business career. And among the president current friends — individuals he phones on a regular basis — are Steve Wynn, Las Vegas casino owner, and Stephen Schwartzman, CEO of the Blackstone Group, a global private equity firm. The billionaire investor Carl Icahn offers his advice from time to time. What should we make of this substantial Jewish presence in Trump’s right-wing administration?

On one level, there is nothing especially odd about this presence. After all, Trump’s business career was firmly planted in Manhattan, from which most of his various enterprises emerged. Since New York City has a large Jewish community — one with a substantial presence in the law, commercial real estate, finance and private philanthropy — it appears perfectly natural for Trump to have developed personal ties to individuals active in these pursuits.

What does seem odd is the fact that a high percentage of American Jews typically lean toward the left-end of the political spectrum. To the extent their political direction can be discerned from the polls, Trump won the support of a little less than a quarter of American Jewish voters in the 2016 balloting, the large majority of whom chose Hillary Clinton. So we are really dealing with a small minority within a small minority.

Two things seem to standout about Trump’s Jewish supporters. First, they tend to be religiously Orthodox; and second, they seem to be highly supportive of Israel’s right-wing government led by Benjamin Netanyahu. The latter is not true for the majority of reform, conservative and non-practicing American Jews whose views were and are more compatible with those of Barak Obama and Bill Clinton.

The other curiosity about the links between Trump and American Jews concerns the far or alt-right. Despite the substantial presence of Jews in his administration and earlier during election campaign, Trump won the enthusiastic support from the normally anti-Semitic right-wing fringes of American politics. David Duke, former Ku Klux Klan leader, offered his endorsement, as did some key figures in the array of hate groups identified by the Southern Poverty Law Center’s Intelligence Report. The fact that white nationalist and neo-Nazi marchers chanted “The Jews Will Not Replace Us” at their Unite the Right Rally in Charlottesville, Virginia, in the summer of 2017, did not stop Trump from referring to them as “very fine people” at a press conference following the episode. The anti-Semitic chant seems in retrospective a bit ironic since Jews had already replaced them in the Trump administration.

Trump’s appeal to groups and personalities on the far right seems based on his willingness to attack Hispanic immigrants and Muslims, foreign and domestic, as allegedly bearers of crime, disease and terrorism. During his campaign, Trump advocated barring the entry of all Muslims into the United States and continues to demand the building of a wall along the country’s 2,000-mile-long southern border to keep would-be Hispanic immigrants at bay.

In short, far right and racist right elements in American political life have become strong sources of support for Trump. Because of his “America First” sloganeering and thinly disguised racism, Trump has become a key figure in the revival of a politics of inter-group hatred. In the past, this type of politics has given rise to strong anti-Semitic expressions. Can these voices on the far right continue to support Trump without taking note of the presence of so many American Jews in his administration? It remains to be seen. Were the recent murders at the Tree of Life synagogue in Pittsburgh a sign of things to come? 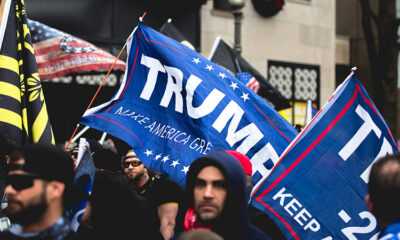 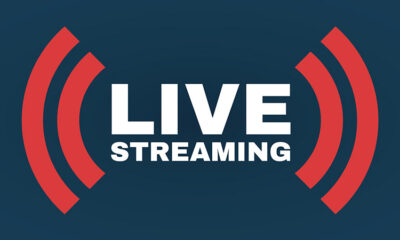