Dennis Hof, Republican candidate for the Nevada Assembly, owns a third of the state’s legal brothels and refers to selling women like McDonalds burgers — a cheap and replaceable commodity.

Most of us have heard the statement that prostitution is the oldest profession. It’s not true. Prostitution is neither the oldest (agriculture, hunting) nor a “profession” (requiring education, training, experience). Four approaches to prostitution have been tried around the world: criminalize everything, criminalize nothing, legalize and tax some acts, and abolition. The only approach to show positive results in reducing crime and violence is the latter.

Because of the rising voices of women in the international #MeToo movement, many countries are adopting the Nordic Model. This approach officially acknowledges prostitution as violence against women and a tool of oppression. It prevents the arrest of women in the sex trade while maintaining penalties for the buyers, brothel owners and pimps who fuel the market. This model has been adopted in Norway, Finland, Iceland, South Korea, Ireland, France and, with modifications, in the UK and Canada. Since the introduction of the Nordic Model in Sweden in 1999, there is evidence that prostitution has decreased by two-thirds, and sex trafficking has declined dramatically.

But in the US state of Nevada, a state assembly election is threatening a backward turn. Republican candidate Dennis Hof, who owns a third of the state’s legal brothels, refers to selling women like McDonalds burgers — a cheap and replaceable commodity. While other state legislatures and several professions have been expelling men proven to have abused women, Hof is asking Nevada to put him in a position of power instead.

In 1971, the Nevada Assembly passed a bill giving any county the right to host legal brothels. Today, legal brothels exist in seven counties, while prostitution is legal in an additional three. Prostitution is illegal in six counties and the capital, Carson City.

While residents in Nye and Lyon Counties had been collecting signatures against brothels, the Lyon County Commissioners unanimously agreed to put the question on the ballot, and the Nye County officials will debate it at the state legislature in 2019. It is ironic to note that the Equal Rights Amendment, giving women equal constitutional protection, was passed out of Congress in 1972, but Nevada did not ratify it until 2017.

Though brothels are legal in the named counties, most prostitution in Nevada (90%) occurs in Las Vegas, where it is not legal. An estimated 1,000 women work in the legal brothels, but over 30,000 women are prostituted in the Las Vegas area as a whole. While legal brothels garner about $75 million annually, the illegal trade grosses around $5 billion. According to a study done by Creighton University, the number of prostituted persons per capita in Nevada is 63% larger than the next largest state of New York, and more than twice as many as in California.

Legalized prostitution has done nothing to stem victimization within the illicit sex trade — the data in the study show that prostituted persons in the illegal trade around licensed brothels are at a similar risk of having been trafficked as those in areas without legal brothels. More than one out of every 10 prostituted persons in Nevada is too young to buy alcohol. Nevada’s illegal sex market, generated in part by legalized prostitution, has more than 19,000 women and children being trafficked, bought and sold for sexual acts annually.

Those who have been inside Nevada’s brothels, those who have escaped, and even the owners themselves report that women are herded like sheep, lined up like cattle and hunted like wild animals. As I have previously written for Fair Observer, studies around the world show that women in prostitution have the highest rates of rape and homicide of any group of women ever studied and suffer injury equivalent to victims of state-sponsored torture. In comparison with the general population, mortality among sex workers are disproportionately higher, the leading causes of death being homicide and drug use, as well as accidents and alcohol-related complications. A 1985 report on prostitution and pornography in Canada concluded that girls and women in prostitution have a mortality rate forty times higher than the national average.

Legal prostitution does not reduce crime. Nevada’s rape rates are higher than the US average, and Reno’s rape rate is much higher than most other US cities. Men who use prostitutes have more negative attitudes toward women, justify their own violence and believe less in equality. Prostitution is the sexualization of power based on gender, class and ethnicity, and negatively impacts society’s view of women.

According to various accounts among those working for abolition, the normalization of prostitution results in such travesties as a woman in Germany being unable to get unemployment benefits because a brothel had a job opening; a primary school teacher moonlighting as a prostitute not being fired because prostitution was legal; and a graduate student in Australia denied a grant for higher education because she could get the money by prostituting herself. So long as prostitution remains an “option” for poor women, no incentive exists to develop educational opportunities, job programs or economic policies that could uplift the poor.

One of the biggest lies about prostitution is that it is a choice or empowering. But talking to real women who have escaped the practice easily shatters that myth. They report abuse by so-called “johns” (customers) and brothel owners, as well as being treated like inmates and prohibited from leaving. Since the average age of entering prostitution is 13, and approximately 50% of those sold into prostitution are minors, the issue of choice is not even applicable. We don’t allow 13-year-olds to drink, drive, quit school, consent to medical procedures or sign contracts. An adult having sex with a child is a criminal; minors cannot “choose” to be prostituted.

The technical distinction between “voluntary” and “forced” prostitution is also a mirage. In fact, violence is often the precursor for women entering into any prostitution whether child abuse, physical or psychological coercion, or lack of any alternative. The reality is that consent doesn’t exist. The main drivers for girls and women to be prostituted are age, poverty and drugs. That symbolizes not a choice, but a lack of choice.

The Netherlands, the first country to legalize prostitution, is now reversing that action as it has been unable to either keep out organized crime and trafficking or protect the women. Back in 2005, Amsterdam Mayor Job Cohen acknowledged the failure: “Almost five years after the lifting of the brothel ban, we have to acknowledge that the aims of the law have not been reached. Lately we’ve received more and more signals that abuse still continues.” The Dutch police admitted that “We are in the midst of modern slavery.” The former prime minister of New Zealand, John Key, also said legalization has not reduced sex trafficking nor protected women.

Under international law, every state has an obligation to respect, protect and fulfil human rights. This means that each person is born with rights and has inherent dignity as an individual, not as a commodity in the stream of commerce. The structural inequities that exist in our society lead to the idea that some women must be available for all men’s sexual access. Full human rights for women cannot exist if women are commodities bought, sold and sexually exploited in the marketplace. Hof’s approach normalizes crime, transforms pimps into businessmen and increases inequality, poverty and racism, and is incompatible with civilized society.

*[This article was published just hours before news broke that Republican candidate for the Nevada Assembly Dennis Hof had died. Updated: October 18, 2018.] 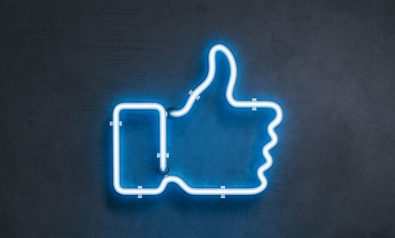