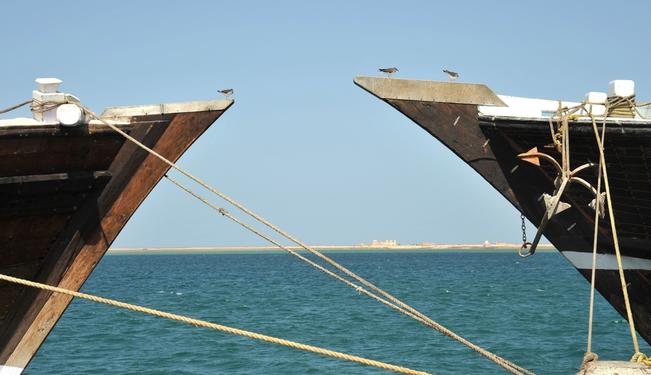 The Middle East can expect the enduring future presence of India.

India’s relationship with the Middle East — which Indian policymakers refer to by the perhaps more geographically correct, official United Nations term of "West Asia" — is driven by the cold, hard logic of realism. In the context of the civil society upheavals that are ongoing in many nations of the greater West Asian region, India’s foreign policy establishment is devoting no small amount of effort to understand their country's role in a politically unstable, but exceedingly important, area of the world for Indian interests.

Further, the debate and intensity of work undertaken to understand and define India’s role in West Asia is now the full-time focus of a range of Indian think-tanks and institutes that, like their counter-parts in Europe and North America, are vying to influence the perspective of their nation’s questioning policymakers. In the near future, it is quite conceivable that Gateway House, the Institute for Defense Studies and Analysis, and the Jamia Millia Islamiya university’s Centre for West Asian Studies, will be regarded by international observers as just as important external-to-the-region sites of debate and analysis on West Asia and North Africa, as their peers in Washington DC, London, Paris, and Brussels.

Of particular importance to India in West Asia is its enduring energy needs — perhaps as high as 70%, including a significant amount from Iran — that originate from the region. The Indian navy’s ongoing strategic concerns involve access to the Persian Gulf and the western Indian Ocean. Indian naval forces are playing an instrumental role in the international effort to guarantee the safety of navigation from piracy off the coast of eastern Africa in the Gulf of Aden.

Also, India’s rivalry with Sunni-majority Pakistan — whose manpower has been organized through the Fauji Foundation that is linked to the powerful Pakistani military and deployed as enforcers to be used against restive, mainly Shi'ite populations by Gulf Arab Sunni monarchies, such as Saudi Arabia and Bahrain — is an ongoing saga. Pakistan’s reported willingness to serve as a nuclear weapons supplier of last resort to Saudi Arabia in the event that Iran armed itself with nuclear missiles, is also a lingering question that complicates India’s geo-political arrangements in the region.

India’s relationship with the Arab countries of the Gulf is complex, however, and is not easily diminished by Pakistan’s genuine affinity for the Sunni monarchies that dominate the Arabian Gulf. The West Asian monarchies of the Arabian Gulf are an important site of labor for an estimated 6 million Indians. With the nation's growing population that is in dire need of employment, remittance money that is sent back from Indian nationals becomes exceedingly important. Indian laborers in West Asia, particularly in the Gulf Arab countries, are also sometimes mistreated, denied wages, or sexually abused — belying the darker aspects of international labor migration.

The Pariah States: Iran and Syria

Also important, but less vital to India’s existential needs, is its relationship with international pariah states such as Iran and Syria; both of whom have turned to India as a market for their sanctioned energy exports, and as a potentially powerful advocate in the halls of international organizations as a leading member of the recently-maligned, but still important, BRICS (Brazil, Russia, India, China, South Africa) nations. India, which continues to maintain diplomatic relations with the Bashar al-Assad government, could yet — even if it is unlikely in the current state of Syria's civil war — work with Russia and China to engage with anti-Assad states within the international community, and to broker a ceasefire that leads to a transitional government in Syria.

Beyond the potential role of India in the machinations of global diplomatic intrigue, the presence of 150 Indian soldiers participating in the longstanding United Nations peacekeeping deployment to the Golan Heights between Israel and Syria, presents a difficult choice to Indian policymakers over the need to weigh international commitments against the safety of its troops.

India’s diplomatic relationship with Iran, the object of a considerable amount of consternation from the United States and the European Union, is a source of tension with the West. It is a means for India to negotiate a position as a necessary interlocutor between the West and the Islamic Republic. The partially Indian-financed construction of the Iranian port of Chabahar, which mirrors the Chinese financing of Gwadar port in Pakistan — although it may promise to extend Indian export markets into Central Asian countries such as Afghanistan — adds another point of contention between it and the United States.

The issues over New Delhi’s relationship with Tehran notwithstanding, India is also looking to aggressively purchase US weapons and engage with the United States’ navy in the Indian Ocean and West Asia — a potential long-term security relationship that will impact India’s engagement in the Arabian Gulf and complicate its position vis-à-vis the Islamic Republic.

India’s relationship to West Asia is complex and will increase in the coming years. A significant amount of India’s economic development will be spurred by energy resources originating from West Asia. In protecting these interests in the region, India’s military presence, particularly its navy, will maintain a greater presence in the West Asian region. The exertion of Indian influence through naval force in the areas of West Asia that border the Indian Ocean is most likely to be engaged through international efforts, as was done in its participation in anti-piracy operations in East Africa and the Gulf of Aden.

Indian entrepreneurs will also continue to view West Asia as a potentially lucrative market for their investment, diversifying India’s economic interests in West Asia beyond securing energy resources, and as a site of unskilled labor migration for remittances. West Asia, especially the Arabian Gulf, can expect the enduring future presence of India.