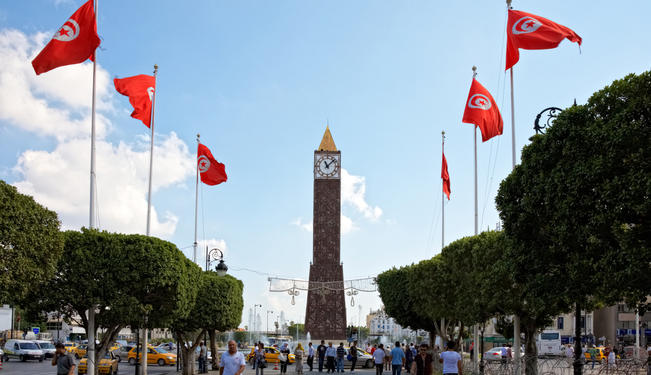 As mentioned in my previous article for Fair Observer, Tunisia's future essentially depends on political stability and security. Thus, a few days after the political assassination of Chokri Belaid on February 6, 2013, the rating agency Standard & Poor’s downgraded Tunisia's sovereign credit rating from BB to BB-. The agency stated that recovery and investor confidence had been damaged by the pervasive instability, as political parties haggled over the shape of the government, making it harder for Tunisia to borrow on international markets and to rebuild foreign confidence in its economy.

In fact, after Belaid's assassination, the investment intentions have decreased, many hotels’ bookings have been cancelled, and some financing agreements with international organizations have been postponed. However, the Tunisian government succeeded on June 7 to officially obtain an aid package from the International Monetary Fund (IMF) of $1.7 billion, repayable over five years with an interest rate of 1.08%. The loan is of great importance, as its amount is equivalent to about 10% of the total state budget.

The IMF’s policymakers seem convinced by the economic reforms presented by the Tunisian authorities in meetings that took place in Washington during April 2013. These reforms are related to the adoption of a new investment code, the rationalization of subsidies distribution, as poor households representing 15.5% of the population receive only 12% of the total amount of the subsidies, which exceeded $3 billion in 2012. The reforms also opted for better management of the exchange rate and monetary policy by introducing more flexibility and deepening transmission channels.

The government program aims to achieve macroeconomic stability through an appropriate mix of fiscal, monetary, and exchange rate policies, in order to limit inflation and protect the stability of the banking sector. The reforms also target the rebuilding of foreign currency reserves, and the improvement of Tunisia’s market competitiveness — especially since Tunisia was not mentioned in the Word Economic Forum’s ”Global Competitiveness Report 2012-2013” due to the gap between the indicators recorded before and after the revolution of January 2011, and because a new bad ranking would harm the image of Tunisia’s business climate during this sensitive transitional phase.

However, the National Constituent Assembly (NCA) was mostly against the loan agreement with the IMF, when Finance Minister Elyes Fakhfakh explained the benefits of this loan during the plenary session on May 21.

In fact, 72 members of the NCA signed a petition against the agreement. The signatories’ argument was that the current government is a transitional and temporary one, and therefore, cannot make decisions that engage the country and the people in the long-term. They prefer the use of other sources of funding, without taking on a debt from international financial markets or global financial institutions. They conclude their petition by arguing that the current Tunisian government and the Tunisian central bank are not able to make such decisions, as the NCA has not given its agreement.

Moreover, according to a survey conducted by “Tunisie Sondage,” 66% of Tunisians are against the IMF loan agreement because it is a heavy burden for the coming budgets, 23% are in favor, and 11% are neutral. Politically, some parties reject this agreement because they know that usually the IMF’s conditions for loans threaten borrowing countries’ sovereignty, while the government argues that the reforms are inevitable, internal, and do not mean any change in long-term strategies or the structure of the economy. Objectively, what firstly matters here is debt sustainability. This debt is payable at maturity, according to government experts. In addition, the loan is necessary due to a lack of resources and boom of expenditures, caused by the deterioration of mining production, wage increases, and the cost of planned infrastructure projects and social transfers.

Despite the divergent views about the agreement’s content, the IMF approval in itself demonstrates optimism and confidence in Tunisia’s future. In this context, the international rating agency, Fitch, believes that the IMF loan will enable Tunisia to face another difficult year of political transition and economic pressure, and will also strengthen investor confidence and the resilience of the economy. The loan is a good sign for Tunisia’s partners, since it proves that the country still benefits from international support, which is necessary to overcome the challenges facing the nation before and during the upcoming elections.