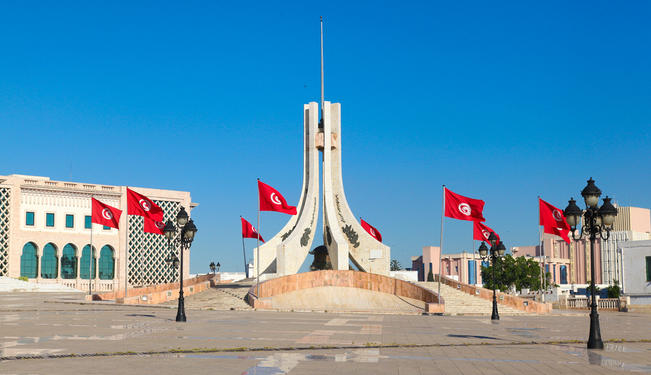 Tunisia's experience of Islamism has changed the lens through which many now view Syria.

As the Obama administration has parried pressures to enmesh the United States more deeply in Syria's murderous civil war, last year's high tide of international insistence on Bashar al-Assad's departure seems to be receding. One sign has been in eroding vote tallies in the United Nations. Another is the very public rethinking of a Syria policy one hears here in Tunisia, where the Arab Uprisings began.

Tunisia has particular moral authority in the Arab world as the vanguard of democratic change against the region's encrusted despotisms. It has been navigating its transition more peaceably than any other (and become the darling of international aid donors as a result). Its new government's instinctive sympathy for Syria's democratic protesters made it one of the first to demand that Assad must go.

But Tunisia's own transition has been rockier than its quick disappearance from our media radar screen might lead us to think, and Tunisians' experience of Islamist politics has changed the lens through which many here now view Syria.

As the process of writing Tunisia's new constitution nears its end, the conflict over political Islam is in crescendo phase. International organizations supporting democracy, many aided by Western governments, have invested heavily in civil-society institutions they hope can assure an unambiguously democratic system, largely working with secular parties of compatible views. Secular-minded Tunisians express alarm about Saudi and Gulf funding for Islamist forces, whose commitment to genuine democracy in Tunisia — much less Syria — they doubt.

The role of the United Nations Development Program in the process, one European foundation director here avers, has been "crucial" in keeping the process on track at all, thanks to its scrupulous impartiality in working with all the parties. But the United Nations can provide no guarantee about the true intentions of Ennahda ("Renaissance"), the Islamist party that won 41 percent of the vote in Tunisia's first elections two years ago. As Joshua Hammer relates in the New York Review of Books, there are ample grounds that Tunisians, skeptical of religiosity in public life, have for concern.

Ennahda has billed itself as a model of moderate Islamism, one that the West can embrace. To form a governing majority, it had to enter a coalition with two smaller secular parties, which have been hard pressed to explain to their supporters how their collaboration has moderated the Islamists. Half the members of parliament from the social democratic Ettakatol party have defected in protest at its alliance with Ennaha. Even the country's labor confederation, which has been among the most effective mobilizers of public resistance to Ennahda's conservative agenda, fears infiltration by "the beards" as pious Muslims win elections to local union posts.

Alarm bells have been ringing since Ennahda's leader, Rachid Ghannouchi, was recorded in a meeting with Salafist extremists calling them "my sons and daughters" and appealing for their support for Islamization projects in education. But the Salafists have international ambitions too, among which is the jihad against Syria's "infidel" regime. Tunisian Salafists were fighting with the Qaeda-affiliated Al-Nusra, well before Hezbollah aided Assad at Qusayr, and have been bringing trademark jihadi violence back to Tunisia with them.

A Salafist mob stormed the American embassy September 14 of last year, three days after the Benghazi attack, overrunning most of the compound and burning the American school across the street. Suspicions swirled about government collusion because the Interior Ministry did not send security forces to confront the attackers, till the embassy warned that Marine guards were prepared to shoot attackers approaching the embassy's last redoubt. The assassination five months later of a human rights champion turned opposition party leader was the breaking point, and Ennahda began to distance itself from the Salafists.

The escalation of Salafist political violence has hit Tunisians when they are already on edge because of jihadist activity in the southern Sahara since the overthrow of Muammar Qaddafi in Libya next door. The leaching of arms from Libya has also helped supply jihadist rebels in Syria — yet another factor in Tunisians' reappraisal of the Syrian crisis.

"The government was too hasty in taking the position that Assad had to go," says Ahmed Ounaies, a career diplomat who served briefly as foreign minister in the first transitional government after the fall of Zine el-Abedine Ben Ali's rule. Tunisians were eager to show solidarity with demonstrators for democracy in other Arab countries.

But liberal democrats are "not who is fighting in Syria today," Ounaies notes. Sensitized by the upsurge in intolerance and violence by Salafists within Tunisia itself, Tunisians have become more agnostic about the Syrian opposition. An unyielding insistence on Assad's early departure, he suggests, is not likely to produce a settlement, or even slow the killing.

With the relatively high education levels, substantial middle class, protections for women's equality, and defense of social rights that Tunisia's legendary Habib Bourguiba bequeathed to the country, Tunisia's revolution has always seemed the likeliest to deliver on its promise. Yet, the Islamist divide has been hard to bridge even here, and Tunisians warn Westerners they should harbor no illusions about Syria.