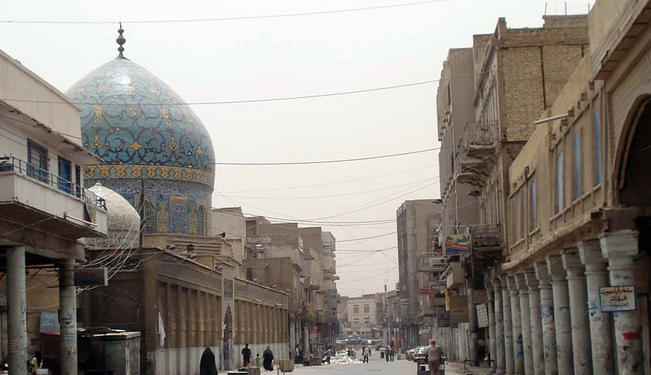 Blaming foreign influences and a lack of introspection has dogged Iraq’s history for far too long. [Note: Read part one here.]

Leading to the second point, US foreign policy, while misguided in several instances, is not a decisive cause of Iraq’s failing democracy. Even arguments made about the legacy left behind from UN sanctions in 1991 were all too often an implicit exoneration of Saddam Hussein’s brutish acceptance of child starvation in Iraq.

Hussein’s legacy left a political tradition upheld by the inclusion of some groups at the expense of excluding another. This is something that Prime Minister Nouri al-Maliki has continued to do by whipping up Shi’a support for political capital and branding the exclusion of Sunnis as an exercise in keeping the country safe from the Islamic State of Iraq and al-Sham (ISIS). In return, Maliki is not only able to retain his political capital, but also enforce his own rule of law with the help of military aid from both the US and Iran.

Iraq’s GDP grew by over 1000% in the period between 2002 and 2012, yet clean water, electricity, and employment remain scarce resources for much of the population. During the 1990s, Hussein would tell disadvantaged Iraqis that external powers had prevented their access to electricity, clean water and proper health, while claiming to the international community that UN sanctions were causing civilians to suffer.

Thirdly, post-2003, the Coalition Provisional Authority’s (CPA) policy of de-Ba’athification, under the stewardship of US Diplomat Paul Bremer, was identified by many as a key determinant of sectarian strife and civil conflict.

Such overstated narratives only detract from the incompetence of Iraq’s politicians while bypassing the value of civil society’s role in creating the nation-state. The economics of Iraq and its capacity to deliver basic services such as clean water and electricity are more vital for determining the contentedness of the masses.

The modern day study of Iraq has often featured experts whose overly pessimistic critique of US foreign policy inadvertently provided leverage to Hussein during his tenure, and in some ways continues to do so for Maliki. Such studies have also overlooked pre-existing issues within Iraq, such as the political legacy left behind from the 24-years prior to the fall of Saddam Hussein

What is happening under Maliki is not necessarily new, but rather a continuation of the politics of inclusion and exclusion exercised and imprinted upon Iraq during Ba’athist rule. This involved marginalizing and persecuting groups who could pose a threat to Hussein’s personalized rule, such as the Kurds or some Shi’a tribes. On the other hand, Hussein would also reward those who were loyal, making it harder for any one group to gather enough numbers and political ambition to pose a serious threat to his regime.

Under Maliki, the combination of poor leadership and the outbreak of resurgent communities juxtaposed against newly victimized ones make this style of politics a simpler strategy to execute. In turn, civilians have responded by uniting to be heard louder than other groups.

Finally, interventions on the part of Iraq’s neighbors are often unquestionably seen as realist ambitions for hegemony or sectarian dominance in the Middle East, but this line of argument often falls short on closer inspection.

The promotion of sectarianism goes hand-in-hand with this narrative of foreign influence, however, it is not an accurate one. Political, rather than religious, competition among Iraq’s elite politicians and between religious groups has divided them. Moreover, tribal leaders in Fallujah have found many of those representing al-Qaeda to be fairly moderate with regards to their interpretation of Islam.

More importantly, however, the ISIS have shown respect towards tribal customs and traditions, which is something that Maliki’s own brand of Iraqi rule of law has failed to do. Many tribal leaders, like ISIS, also want to confront Maliki’s government.

Even within the Iraqi government, intra-sectarian conflict has been prevalent and political infighting has occurred among Sunnis and Shi’as. For instance, former interim Prime Minister Ayad Allawi regularly called for the resignation of fellow Shi’a Maliki, following the 2005 elections which saw the two wrangling for power for six months.

To a large degree, Iraq’s frail democracy rather than its lack of security has allowed foreign influence to have more impact than it should, while giving encouragement to the jihadists playing on sectarian fears.

The Legacy of a Poorly Conceived Constitution

When a group of appointed but unelected individuals set about creating the Iraqi constitution, the unelected, unappointed religious leader Ayatollah Ali al-Sistani insisted that Islam form the basis of this new democracy.

The constitution was an Iraqi mistake, not an Iranian or Saudi Arabian one. The importance of Iraq’s diversity was ignored in favor of personalized influence. The contradictory nature of the constitution is apparent in its very first article: "The Republic of Iraq is a single, independent federal state with full sovereignty. Its system of government is republican, representative, parliamentary and democratic. This Constitution is the guarantor of its unity."

Despite Baghdad’s deep aversion to federalism on the basis that it would split up Iraq along sectarian lines, Iraqi Kurdistan continues to push for federalism. The constitution adds merit to Kurdish claims and further places the very foundations of Iraq’s laws in doubt at the highest level. Internal jostling with the constitution has shown that divisions among Iraqis have been occurring at the top, which in turn only gives rise to further disagreements among the public.

This confusion has seemingly allowed the rise of personalized rule and weakened the Iraqi state’s monopoly on violence.

Christian Iraqis were targeted in coordinated attacks across the country causing their population to decrease by 250% over the course of eight years. Much of the violent intimidation was accompanied with Islamic undertones, such as an attack on Christian women not wearing veils and a shopkeeper selling alcohol.

Allawi, the former interim prime minister, is a believer that "religion and politics must be disengaged." However, as the government competes with a variety of militias for political capital, the route-one method of obtaining religious support is too easy an opportunity to pass.

After all, sectarianism is a constructed political tool tied to personal and material desires, not an inherent spiritual grievance that makes working together impossible. Iraq needs to reach a consensus on stamping out personalized influence and doing what is best for the country. However, its current selection of prominent politicians and religious leaders lack the humility, perseverance, and patience to lead.

The people of Fallujah may not drive out al-Qaeda and are unlikely to ever accept Maliki again. In Iraq, in an election year, that is not yet a total political disaster — and that is the problem.