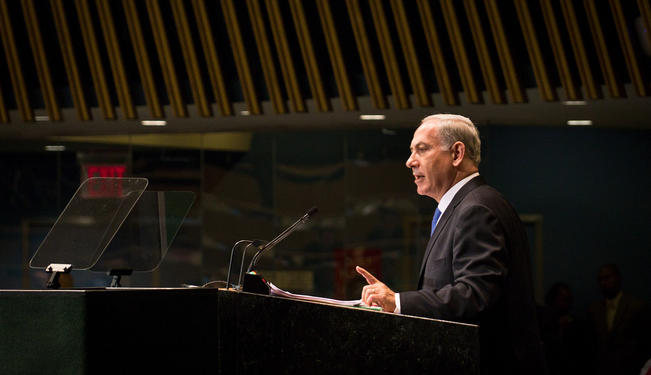 The 19th Israeli parliamentary election takes place today, while opinion polls indicate the possible re-election of incumbent Prime Minister Benjamin Netanyahu. Regardless of the outcome, there are several simmering issues the winner will have to address upon assumption of the office.

With 6 million Israelis going to the polls, the outcome of the elections for the 120-seat, 19th Knesset is already apparent. Unless a dramatic event shakes the region in the next 48 hours, Benjamin Netanyahu will be inducted for a third term as Prime Minister of the State of Israel.

But many challenges lie beneath the surface of these elections and last-minute voting trend variations can significantly influence the next government.

Chief among them is a comeback of the centre-left bloc in the last few weeks – which means Netanyahu will have to rely on coalition partners without his own world-view, more than ever.

According to the last polls, the joint list of “Likud” and “Israel Beitenu” is set to win 32 to 35 out of 120 seats – lower than the 42 it currently has and the 40 they expected just a month ago. This sharp loss of popularity is due to the surge of “Jewish Home”, a religious nationalist party that advocates the annexation by Israel of most of the West Bank. The party is led by the young and charismatic Naftali Bennet.

Netanyahu will lose seats to the centrist parties as well. Indeed, the centre-left bloc is getting stronger in the last weeks preceding the elections, even though it is too divided to be able to seriously challenge ‘Bibi.’

Currently no less than four parties are competing for the centre-left votes: “Labour”, the traditional social liberal party that led the state for most of its history expects 17 votes; “Yesh Atid”, a secular party led by a former TV anchor advocating military service for all (Ultra Orthodox Jews are currently exempted from serving in the military) and the alleviation of the economic burden on the middle class (12-14 seats); “Hatnuah” whose leader Tzipi Livni, a former Foreign minister, focuses on engaging in peace negotiations as soon as possible with the Palestinian Authority (7-9 seats); finally “Kadima”, which is currently holding the most seats -28 – in the Knesset. The far left party “Meretz” is set to win 6 seats, doubling its current count.

If these centre-left parties had joined forces they would have had a serious chance of winning the elections and forming the next coalition government. According to the last poll conducted on January 18, the right-wing bloc (Likud Beitenu, Jewish Home and the far-right Otzma leIsrael) and the centre-left wing bloc both have 46 seats each. This represents an impressive comeback of the centre and left-wing parties that were expected to win five to ten seats less than their opponents till just a couple of months ago.

Finally, the two Ultra Orthodox — right wing, and the three Arab parties — left wing, are stable at 16-17 seats and 11-12 seats respectively. The latter are outside the big blocs as they mostly represent the interests of their communities rather than the national interest.

Clearly, Netanyahu will have his work cut out for him. He will have to include centre-left parties in his coalition, and will have to choose his partners according to the two burning issues for the next government: negotiations with the Palestinians and drafting the Ultra Orthodox population into the military.

If the current prime minister chooses to engage in negotiation with the Palestinians, he will have to partner with Tzipi Livni’s Hatnua party. This will antagonise the “Jewish home” party and its Israel territorial sovereignty agenda. But if Netanyahu chooses to maintain his nationalist line and refuses to engage in peace negotiation, he will surely ask Naftali Bennet to join his government – the most plausible outcome.

At the national level, Netanyahu will have to decide if he wants his next government to address the burning topic of drafting the Ultra Orthodox population. This issue, vastly supported by the secular majority of the Israeli population, is the main campaign argument of “Yesh Atid”. The party, whose popularity has grown significantly, is set to be the third force of the next Knesset and can be a natural partner for Netanyahu on this issue. However, it will be at the expense of the two Ultra Orthodox parties that joined most of past governments but who are categorically opposed to this policy. If "Shas," the more moderate of the ultra orthodox, can still compromise and join the coalition, the reform will be lighter and progressive.

No matter what the formation of the next coalition, there are two international and two national issues that it will have to face. First, is international pressure to engage in peace negotiations with the Palestinians. If the government maintains status quo without taking significant steps forward, Israel can face increased international isolation and condemnation. The American Israel Public Affairs Committee (AIPAC), the pro-Israel lobby of the US Congress, now has less leverage with President Barack Obama as he is in his second and final term. And Obama’s relationship with Netanyahu is contentious, so he can put pressure on Israel to compromise.

Second, 2013 is critical for Iran’s nuclear program, for that country is closer than ever to acquiring an atomic bomb – anathema to Israel. Netanyahu will have to convince the US and the world to stop Iran from continuing its programme or take action itself. A strike, be it American or Israeli, will create tremendous waves across the Middle East and shatter the balance of power in the region.

At home, the prime minister’s primary job is to draft the 2013 budget before March, in an atmosphere of international economic crisis and increased national budget deficit. And his coalition partners will have to agree to it, an extremely difficult task at this time. Finally, there is the issue of drafting the orthodox community into the military — another fraught issue as this cohort is an ever larger part of the population (over 10% compared to 2% in 1948) and are influential without sharing the national security burden on the ground.

The challenges are clear and critical.

Simon Clement is a French-Israeli political analyst based out of Tel Aviv, Israel.

*[A version of this article was originally published by Gateway House on January 20, 2013.]