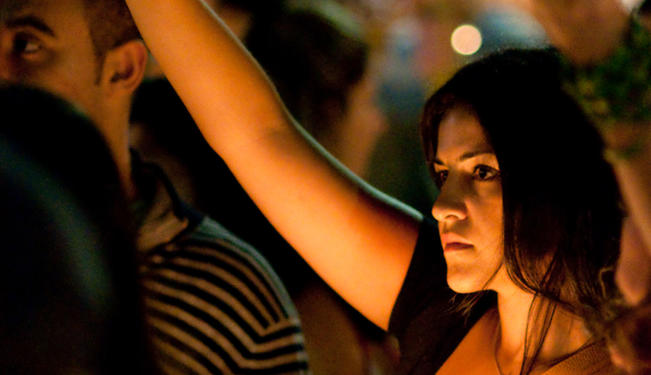 To maintain support among Green Movement sympathizers, Rouhani needs to work for the release of political prisoners.

On May 22, when the Guardian Council presented the approved candidates for the June 14 presidential election in Iran, those not approved received more attention than the actual candidates. With the disqualification of the only reformist candidate, former President Akbar Hashemi Rafsanjani, it seemed that any effort to accomplish change within the country would have to take place outside the official political framework. Three weeks later, the streets of Tehran were filled with thousands of people waving the green and purple colors in celebration of the electoral success of the centrist presidential candidate, Hassan Rouhani.

As recognized in international media, a surge of support for Rouhani came when the only other centrist candidate, Mohammed Reza Aref, on the advice of former President Mohammed Khatami, withdrew from the race a few days before the election. However, the most important aspect was not the coalition between Aref and Rouhani, but Khatami’s official endorsement of the latter.

Khatami, who served as the president of Iran from 1997 to 2005, is popular among the younger generation of Iranians not only because of his reformist policies, but also because he specifically reached out to the youth of the country in his presidential campaigns. This same generation, the first born after the Iranian Revolution, also became the backbone of the Green Movement that rallied in support of Mousavi during the 2009 presidential campaign.

At about the same time as Khatami’s official endorsement, rumors emerged that the Guardian Council would meet again and decide whether or not to disqualify the candidacy of Rouhani. This took place in the context of reports that plainclothes security police had attacked Rouhani’s campaign in the city of Shiraz and that his supporters were arrested.

For a leaderless movement, desperate to find somebody to rally around, these events demonstrated that Rouhani was the least favored candidate of the regime, which at this point was eager for a new president who would not challenge the establishment in the way Mahmoud Ahmadinejad had. This perceived disapproval of Rouhani was enough to rally the support of many of those still angered by the outcome of the last presidential election. It was not certain, however, that this support would actually translate into votes on election day. Some of the most adamant critics of the regime continued to argue that any vote, even a vote for Rouhani, would serve to legitimize the process of elections and the regime itself.

As election day drew closer, it became harder for this group to convince people of the benefits of a boycott. Rouhani certainly had some attributes that helped turn the momentum in his favor. In particular, his diplomatic skills were considered crucial in order to ease the economic sanctions and improve the living situation of people in the country. Two days before the election, Rouhani also published a statement in favor of upholding the rights of ethnic and religious minorities, as stipulated in the constitution. But most importantly for those who participated in the 2009 protests, Rouhani seemed to support the release of political prisoners.

In the end, a majority of the people did vote. They did so without the certainty that their vote would actually count and acknowledging that a vote for Rouhani was as much a vote against the actions of the regime four years ago, as it was a vote in favor of the presidential candidate himself. The supreme leader, Ayatollah Khamenei, had not counted on this overwhelming support, and must have feared that another fraudulent election would result in renewed street protests, further damaging the credibility of his leadership. The votes were therefore counted and Rouhani stood as the winner.

In this perspective, his victory can be seen as an indirect result of the protests four years ago, and also demonstrates the mobilizing capacity of the Iranian people in favor of a certain candidate – no matter if the candidate chooses the color green or the color purple.

If Rouhani manages to ensure the release of at least a few symbolic prisoners, he will most likely win the support even of those who boycotted the elections. If he completely fails in this regard, however, purple and green will again be separated, with the latter color representing those who dared to stand up against a repressive regime in 2009. Ultimately, however, the election of Rouhani might have bought the regime another four years, as the respect of the election result indicates that change, albeit small and delayed, is indeed possible within the current political framework.

*[Note: The views expressed are solely those of the author and do not represent her employer or academic affiliation.]