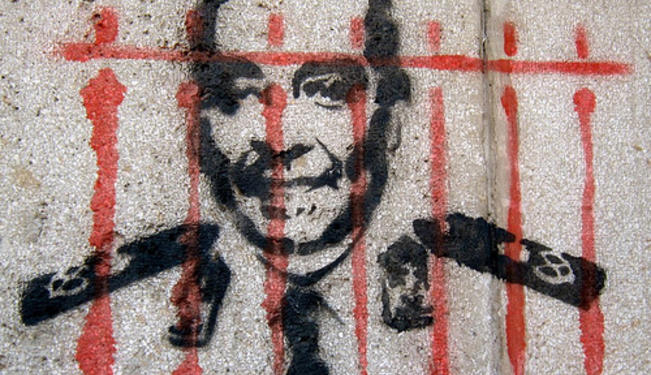 Fair Observer's Abul-Hasanat Siddique discusses the situation which has affected Egypt since the start of the ongoing revolution, and the successes and failures of the SCAF.

The Arab world, and particularly Egypt, has seen the most profound events occur throughout 2011. Following the successful overthrow of Tunisia's Zine El-Abideen Ben Ali, the Egyptian people took to the streets of Cairo and beyond to call for their own change and the end of former President Hosni Mubarak's 30-year rule. Egyptians recently celebrated the one-year anniversary of the revolution that began on January 25, when demonstrators gathered in focal points across the country including Tahrir Square in Cairo. Indeed, the "celebrations" were arguably not celebrations but rather demonstrations against the current military rule of the Supreme Council of the Armed Forces (SCAF).

The events which ensued for 18 days in Egypt and culminated in the downfall of Mubarak occurred for various reasons. The situation will undoubtedly be discussed and analysed for decades to come, while the outcome of the current situation will affect future generations as it has effectively changed the way Egyptian society perceives the state. The fear of reprisal for protesting against the state has not hindered many Egyptians, and indeed many Arabs across the region, in this ongoing revolution.

The political upheaval and unrest throughout the Arab world share similar explanations for their occurrence. Although each country involved in the Arab uprisings is individual in its core, significant portions of the Arab region have seen – and continue to see – economic, social and political problems which propelled populations to rise up and call for reform.

It is widely argued that while most parts of the world evolved from rural-based economies to industrial and communication-led ones, the Arab region has seen its economy remain largely stagnant. As a result of this, investment in the region has largely applied to oil and gas industries. Significantly, Egypt and other countries involved in the uprisings have large proportions of university-educated youth who after seeing years of economic gloom and high unemployment, felt dissatisfied with their future prospects under the current system. The Egyptian working class has also been affected by growing wealth-gaps.

Furthermore, the Mubarak regime was complicit in corruption, along with state officials and the elite. Indeed, there was clear fraud conducted at various elections including the parliamentary votes of 2010, which saw a landslide victory for Mubarak's National Democratic Party. The actions of the former president and his family have led for him to be tried for corruption and for ordering the shooting of protestors during last year's demonstrations.

Likewise, the significant limiting of freedom of speech (especially to criticise the state) and mass human rights abuses propelled the mainly peaceful and secular youth (and labour union strikers) to rise up in protest. Indeed, there was a large presence of Islamists participating in the Egyptian uprising, however, they purposely downplayed their involvement to avoid claims that the upheaval was an Islamist-led revolt.

Though Mubarak stepped down as president on February 11, 2011, he delegated power to the SCAF, the military council led by Field Marshal Mohammed Hussein Tantawi. Consequently, there is a significant proportion of Egyptians calling for the immediate end of military rule and the implementation of a transitional civilian government. Since Mubarak was a member of the SCAF, many see the policies which the military have employed since early 2011 to be a mere reflection of the former president's. Despite the SCAF stating that it will conduct presidential elections in the summer and hand over power to a civilian elected leader, protestors are sceptical over whether the military council will stand by its promise or seek to control the process and possibly seize power.

The demonstrators which oppose the SCAF rule have made their voices heard on various occasions, particularly before the start of the parliamentary elections in November 2011, and have been met with violent force from the military and security services for doing so. While the SCAF have made some changes — for example: immediately dissolving parliament, reforming the electoral process by allowing for full judicial oversight of elections, limiting the presidential term in office, and arresting and trying former regime officials including Mubarak — demonstrators continue to have a justified grievance against the ongoing military rule.

Some of the many points which concern the Egyptian anti-military protestors include: the contentious drafting of a new constitution, the delays and complicated processes which have surrounded the ongoing parliamentary and the expected presidential elections in the summer (which was only brought forward due to political unrest), and the much debated emergency law.

Tantawi has stated that the emergency law, which has been in place since the assassination of former President Anwar al-Sadat in 1981, would be partially lifted on January 25. However, he added that the law would still apply in situations of "thuggery", leading activists and analysts to see the relaxing of the state of emergency as an appeasement attempt, similar to those by Mubarak during the 18-day uprising. It is widely believed the military will use Tantawi's vague words to justify the use of force against demonstrators it deems to be "thugs".

The SCAF has also fallen short of protestor demands on other areas including its failure to hold to account those responsible for the killing of over 800 protestors and the injuring of thousands. Despite one low-ranking police officer being convicted for his role in the violence early last year, there has been no accountability for other police and security forces who were involved in the killings, while there has also been no punishment for the violence committed by the military following the departure of Mubarak. Moreover, the SCAF has failed to reform Egypt's security forces and the military, and has not released political prisoners. Over 12,000 prisoners have been tried in military courts since January 2011, surpassing the number tried during Mubarak’s 30-year rule.

At present, Egypt has a new People's Assembly (lower house) in parliament that is dominated by Islamist parties including the Muslim Brotherhood’s Freedom and Justice Party, the ultra-conservative An-Nour Party and the moderate-Islamist Al-Wasat Party. A coalition government is expected to be formed between the Freedom and Justice Party and the secular Al-Wafd Party, which only won a minority of parliamentary seats. Meanwhile, the elections for the upper house of parliament are still ongoing.

Whether or not the SCAF uphold their promise to conduct free and fair presidential elections in the summer and relinquish power to a civilian elected leader, the ongoing demonstrations since Mubarak’s resignation, and the call from activists for a day of civil disobedience on February 11 show that the Egyptian revolution is not over. The people still want the downfall of the regime.