In today’s world, where refugee crises are exacerbated by xenophobic border policies, where the global north refuses to engage in burden sharing, where people’s freedom of movement is ruthlessly repudiated, the ability to travel is a particularly salient privilege. As Dallen Timothy and Victor Teye argue in their book, “Tourism and the Lodging Sector,” post-World War II-era mass tourism has devastating consequences for the environment and culture, is exclusive to marginalized groups, and the economic benefits cited to justify its blind promotion are grossly overstated due to inflation and economic leakage. It is thus no surprise that global mass tourism has been labeled a form of neocolonialism.

Recently, I conducted an independent study on hostels in Morocco through the School of International Training, seeking to add context to the dilemma of local investment versus tourist intrusion in the country’s rapidly gentrifying medinas. Hostels in Morocco are a recent phenomenon, an institution born in early 20th century Germany and brought to Morocco in the past two decades alone. There is an unfortunate dearth of data on Morocco’s hostels, though their establishment has paralleled the rapid development of guesthouses in the old cities.

What Are the Priorities of Morocco’s Youth?

Since the late 1990s, numerous riads — traditional homes built around a central courtyard — have been converted into tourist accommodations or second homes. The process has been swift. In the Marrakech medina, there were merely a handful of guesthouses in 1997, and still under 50 in the year 2000. By 2008, the University of Warsaw’s Maciej Kalaska estimates that there were approximately 450 guesthouses in the medina, 70% of which were owned by foreigners of European origin.

Most of the critics of gentrification in Morocco, however, don’t come from inside the country’s medinas, but rather from national media and middle-class Moroccans living outside the old cities. Professor Sadik Rddad, of Sidi Mohamed Ben Abdellah University, said in an interview that the converted riads are “working wonderfully” for the Fes medina, which was in a state of decline before an influx of foreign investment in the 1990s. In his view, it is vital that the people of Fes benefit directly from tourism — and tourists are able to experience Fes more in a more immersive way.

This is not to say that the whole community embraces tourists with open arms. Fes is known as Morocco’s spiritual capital, and tourist presence has had a particularly acute impact. Economic and cultural reshaping aside, the presence of tourists on hostel and guesthouse terraces has entirely disrupted the city’s rooftop culture. Rooftops are a conservative and female space, sacred under traditional norms of privacy. As Rddad puts it, “It’s going out without going out.”

Women do not expect to see men in this space or have their privacy violated by tourists, and can no longer use the roof as they have in the past. The disturbance of conservative spaces is more than just a side effect. Rddad says that the government uses tourism as a vehicle for modernization and to open up society.

And, of course, gentrification pushes residents out. According to Rddad, you used to be able to rent a room in the Fes medina for about 100 dirhams per month, or just over $10. Its affordability was part of what made the city attractive. By 1995, however, a beautiful old house Rddad’s family was selling could go for around $13,000. Now, he estimates, that the house could be worth $70,000 or more.

The Price of Conversion

Cultural tourism has been evolving in Morocco for well over a century, and was further stimulated by an international tourism campaign during the French Protectorate. The new phenomenon of converted riads, however, is bringing tourists into residential spaces where hotels are not necessarily present. This facilitates global gentrification in a similar way to Airbnb, driving up housing prices, raising standards for luxury amenities and high internet speeds, and propping up food and entertainment businesses over those that cater to permanent residents.

According to scholars Rachele Borghi and Claudio Minca, other adverse impacts of riad conversion include the modification of urban cultures, economic segregation, a lack of regulation in renovation and the sexual behavior of tourists. Yet 57% of residents surveyed for a study cited by Borghi and Minca asserted that the gentrification of the medina was a positive trend. Foreign investment in tourism in the medinas creates jobs, supports local craftsmanship and has resulted in the rehabilitation of many deteriorating riads.

The World Bank and the Moroccan government have played a key role with strategies such a Fes rehabilitation plan in the 1990s, which opened up the medina to private, national and international investment. The state has long promoted tourism as an engine for development, marketing Morocco as an accessible Oriental ideal. In 2011, the industry accounted for 8.9% of the country’s GDP and directly contributed to 7.8% of total employment. However, scholars have raised the possibility of reverse causality, arguing against the blind promotion of mass tourism as a driver of long-term economic growth.

This is due in part to economic leakage, which is a predominant issue for the tourism industry worldwide. Often, under 20% of the total cost of a trip actually remains in the host destination. By importing building materials, supplies and human resources, hotels and resorts — particularly international corporations — are the primary culprits. Though these establishments might employ residents of the host country, their salaries will be lower than top management staff, many of whom are expatriates.

Tourist gentrification results in inflation and increased land values in the host economy, as well as over-dependence on this economic sector, making communities vulnerable to natural disasters and even seasonal changes in demand.

To an extent, hostels are an antidote to this superstructure of Western Orientalist exploitation. Establishments geared toward budget travelers are arguably more sustainable than other forms of accommodation. Timothy and Teye note that these places are “more likely to be locally owned, employ destination residents, and utilize locally produced goods and services.” Furthermore, a larger percentage of budget travelers’ expenditure directly benefits the host community, and they often spend more time, and therefore more money, in the host country.

But it isn’t quite this simple. Foreign ownership of converted riads still removes capital from the local market and into the hands of foreign intermediaries. The Moroccan government advertises a “friendly investment climate” that allows foreign investors to hold up to 100% of share capital and transfer all profits to their home country. According to a New York Times article by Roxana Popescu on real estate in Morocco, foreigners comprise 70% to 80% of Morocco’s luxury real estate buyers. With a nice riad in Marrakech or Tangier costing between $240,000 and $360,000, the startup costs are simply too high for most Moroccans to enter the hostel industry.

Regardless of ownership, each of the four hostels I studied had a predominantly Moroccan staff. Only five of 11 interviewees offered any criticism of foreign ownership, and only one of these was a hostel owner or employee. Interviewees were largely indifferent or even supportive of foreign ownership and acknowledged without fail that it is necessary due to high startup costs.

My research indicated a perception that most hostel owners are generally either foreigners or wealthy Moroccans who have traveled abroad. Not only is the concept of hostels new to Morocco, but so is the idea of internal tourism. In the past, Moroccans would travel to stay with family, and now they either opt for the home of a family member or a hotel. There are plenty of cheap hotels, and they are easier to find.

“Hostels are not part of our culture,” Professor Rddad said. “People do not think of hostels when they travel.”

I conducted 11 interviews in Fes, Tangier, Rabat and Essaouira, and the perceptions of interviewees reflected Rddad’s assertion that hostel culture is rather uncharted territory for many Moroccans traveling domestically. However, in some cases, the relative scarcity of Moroccan guests in hostels is a result of overt exclusion rather than unfamiliarity.

Article 490 of Morocco’s Penal Code criminalizes sexual relations outside of marriage, and unmarried Moroccan couples are not allowed to stay together in a private room. There is no law, however, that bars couples or solo travelers with Moroccan passports from staying in hostel dormitories. Early in my research period, I stayed in a hostel that is owned and operated entirely by Moroccans, but does not allow Moroccans to stay in its dormitories. In subsequent interviews, I was told that this is sometimes a business orientation that hostel owners subscribe to for the purpose of appearing more attractive to foreign tourists.

This was not always the case, and I also encountered business models that explicitly include and give back to the communities in which they are based. One hostel involved in this study even reinvests revenue into training local youth how to surf. But such a racist and exclusionary policy adds another dimension to the complex social dynamics of Morocco’s burgeoning hostel industry, on top of the ubiquity of foreign ownership.

Though my research was limited in scope, it is clear that not all hostels are created equal. As Morocco’s tourism industry expands, it will not only cope with a dominant superstructure of multinational corporations but also the social implications of a changing industry with pervasive undercurrents of essentialization, exploitation and exclusion. 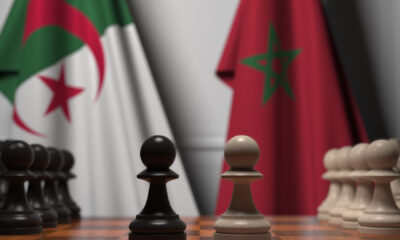 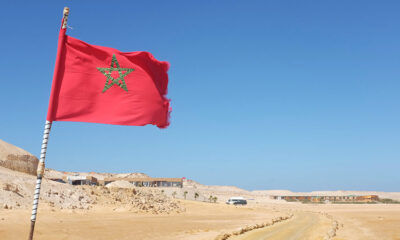 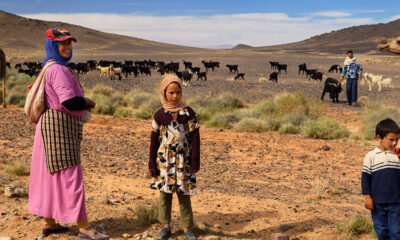