As Turkey gears up for its tightest election in years, could the Kurdish political movement be the great hope for Turkey’s democracy?

On June 7, Turkey will head to the polls in a general election of seismic importance to the country’s democratic future. The incumbent Justice and Development Party (AKP), already assured of securing the highest share of the popular vote for the eighth consecutive campaign, is seeking a parliamentary super-majority that would enable it to push through changes that would see President Recep Tayyip Erdogan monopolize power in a strengthened executive role, which critics say would undermine Turkey’s already beleaguered democratic system.

Erdogan, the uncompromising strongman of Turkish politics, is calling for a revamped presidential system that would allow him to work without the troublesome constraints imposed by Turkey’s pesky constitution and judiciary. However, his dreams of an executive super-presidency increasingly look like they might be frustrated by the burgeoning People’s Democracy Party (HDP), which has its roots in the Kurdish political left. Led by their charismatic young leader, Selahattin Demirtas, HDP-affiliated politicians—who had previously run as independents in past elections to circumvent Turkey’s prohibitively high 10% electoral threshold—will be entering this election as a unified political party for the first time in a bid to increase their overall share of parliamentary seats.

This bold push for increased parliamentary representation has emerged as the most significant story of this election campaign. With the latest opinion polls suggesting the HDP is on course to narrowly overcome the electoral threshold, there is speculation that the AKP’s share of the vote could shrink for the first time since the party swept to power in 2002; particularly in constituencies across the Kurdish-dominated southeast of the country. Some have even suggested that a coalition government might emerge from the election if Turkey’s other opposition parties can also make up ground on the AKP; a prospect that has shaken Erdogan’s party to its very core.

The AKP’s Campaign of Fearmongering

The AKP response to this threat has been a concerted campaign of fearmongering and vilification. The HDP’s alleged links to Kurdish militant groups, such as the outlawed Kurdistan Workers’ Party (PKK) and the People’s Protection Units (YPG) in Syria, have been a frequent subject of AKP rhetoric. On May 19, Prime Minister Ahmet Davutoglu described Demirtas’ brother (allegedly a member of the PKK) as “a terrorist in the mountains.” Meanwhile, on May 21, Erdogan’s top adviser, Yalcin Akdogan, condemned the HDP as “the only party in Turkey with links to violence,” echoing persistent accusations in pro-government circles that the HDP is a party of Kurdish terror.

Demirtas has hit back at these attacks, saying his brother is in Syria “defending humanity’s honor by fighting the Islamic State that [the AKP government] has armed” and has consistently maintained his party’s commitment to a peace process brokered between the Turkish state and the PKK since 2013. These comments have played well among Turkey’s Kurds, a group that has previously showed support for Erdogan’s AKP, but which increasingly feels alienated by his party’s Kurdish policy blunders.

The government’s outspoken defense of the Roboski massacre; its stubborn refusal to aid Kurdish fighters in the battle for Kobane; its equating of the PKK and the Islamic State; its fielding of respected Kurdish politicians like Abdurrahman Kurt and Yilmaz Ensaroglu in unfavorable electoral spots; and Erdogan’s recent assertion that Turkey does not have a Kurdish issue have all pushed segments of the AKP’s Kurdish vote toward the HDP.

The HDP, for its part, has reached out to these voters by fielding conservative candidates like Dengir Mir Mehmet Firat, a co-founder of the AKP; Nimetullah Erdogmus, the former mufti of Diyarbakır; and Huda Kaya, a prominent anti-headscarf ban campaigner and political commentator.

If the HDP can take these floating Kurdish voters from the AKP and pass the electoral threshold that has hamstrung the Kurdish political movement for decades, it will represent a tremendous achievement in its own right for democracy in Turkey—boosting pluralism in a parliament that has been dominated by the politics of one party and one man for over a decade. The HDP is positioning itself as a party of inclusivity and serious left-wing opposition rather than monotone Kurdish nationalism. Conversely, if the HDP is to fall short of the 10% electoral threshold by even a narrow margin, it will lose all its seats in parliament, and the vast majority of its votes will be passed onto the AKP under the intricacies of Turkey’s convoluted election laws. It is this political zero-sum game that has fanned the flames of AKP attacks in recent weeks.

Threats that the peace process could fall apart if the HDP ends up overcoming the electoral threshold, and a bizarre smear campaign by the pro-government press over an alleged bacon sandwich consumed by Demirtas during a visit to Germany, typify the AKP’s desperation to discredit the party among floating voters and conservative Kurds previously loyal to Erdogan. Perhaps somewhat anti-climactically for most readers, it is the Islamic prohibition against pork products rather than Demirtas’ sandwich-eating technique that lies at the heart of the latter controversy.

The Importance of Religion

As the bacon sandwich controversy demonstrates, religion has formed an increasingly significant part of AKP rhetoric during this election campaign. Erdogan has repeatedly made the peculiar insinuation that the HDP might be a party of Zoroastrians and has wielded a Kurdish translation of the Quran on the campaign trail. Prime Minister Davutoglu has even claimed that God is on the AKP’s side and has likened his party’s struggles to a holy war. Demirtas, for his part, has compared Erdogan and Davutoglu to Don Quixote and Sancho Panza, pushing the argument that Turkey’s ruling party is increasingly detached from reality.

Demirtas’ success in these rhetorical duels with the AKP has won him many admirers from left-leaning and Alevi voters from Turkey’s main opposition party, the Republican People’s Party (CHP). Initial skepticism surrounding the HDP’s intentions going into this election, with some even suggesting that it had struck a secret deal with Erdogan to pave the way for his coveted super-presidency, seems to be dissipating; especially as the polls show that overcoming the electoral threshold is very much a possibility. Demirtas’ repeated assertion on the campaign trail, “We will not make Erdogan an executive president,” could prove pivotal in bringing out tactical voters from the CHP electoral base, who have nothing to lose from diverting votes away from a party that has consistently failed to form an effective opposition to Erdogan over the last 13 years.

As a consequence of the serious challenge posed by the HDP, the possibility of a coalition government has been raised by pro-government figures in recent weeks as an intended deterrent to voters. These pro-government talking heads have been emphasizing the instability of the “old Turkey” where hyperinflation, political violence and weak coalition governments reigned supreme. The virtues of such an argument, however, remain highly debatable. A coalition government could bring some much-needed stability to Turkey, and the success of Angela Merkel’s Germany stands as a living rebuttal to the idea that coalitions necessarily spell economic disaster.

Indeed, there is a strong argument to be made for a coalition government deescalating Turkey’s increasingly tense and polarized political climate, where religious, cultural and political identities are pitted against each other in a seemingly endless war of political attrition. One would certainly hope that a political atmosphere focused on bipartisan cooperation could defuse the majoritarian chauvinism that has made politics in Turkey in recent years such a bitterly nasty affair, particularly as the country moves toward constructing a new constitution.

It is the prospect that the HDP success might lead to a degree of political and societal reconciliation in Turkey that makes the situation promising for the democratic future of the country. 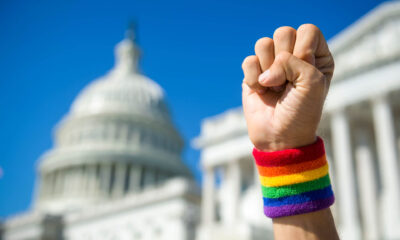