Supporters of Ekrem Imamoglu in Istanbul, Turkey on 6/23/2019 © Deepspace / Shutterstock

Is this the beginning of the end of Turkish President Recep Tayyip Erdogan, or even the end of the beginning of the end, as Al-Monitor columnist Kadri Gursel has suggested? When the previously unbeatable president pushed for a re-run of the Istanbul mayoral election that his party’s candidate, ex-Prime Minister Binali Yildirim, lost by 13,000 votes in March, it always looked like a desperate move.

What came to pass in the June 23 re-run was predictable. Ekrem Imamoglu, the candidate for the National Alliance led by the opposition Republican People’s Party (CHP), who had his mayoralty rescinded after 18 days in office, not only got his votes again, but also a huge landslide of moral support from those who felt he had been the rightful winner in the first place.

Turkish commentators have been quick to describe this result as a debacle for both the president and his party, the ruling Justice and Development Party (AKP). Imamoglu ended by beating Yildirim by over 800,000 votes. That’s a major haul in comparison to the wafer-thin lead he got first time around. The question is: Does this result represent something bigger for President Erdogan?

It’s true that many in the media look for any telltale sign of Erdogan’s demise. He is an irascible leader who is not shy of rubbing his opponents up the wrong way. What’s more, some of their ammunition is his own, turned around on him. After all, the president himself has previously invoked the old notion that he who controls Istanbul, controls Turkey.

President Erdogan himself came to national power after first taking Istanbul as mayor in the late 1990s. The metropolis is the key to Turkey in many ways, and trends that begin there have a habit of spreading. So, is losing Istanbul a prelude to the ruling AKP and its president losing Turkey? It might be a little soon to go that far.

The ruling party’s conduct of the Istanbul mayoral election has indeed been a fiasco. Their candidate lost the original poll by very little. The AKP vote was still strong in the city, despite economic turmoil that you would expect to rock the financial and economic heart of the country. The apparent decision to push the electoral commission to call a re-run was always going to backfire.

The poor political judgment, coupled with some poor economic judgment, including widespread accusations of cronyism in government contracts and such nepotistic moves as installing the president’s son-in-law, Berat Albayrak, as finance minister, do not suggest an administration in rude health. One wonders if it is a sign that the president is losing his ability to feel the pulse of the people.

What the mounting picture does reveal is the decisive influence of economics. The more you squeeze an electorate, the more they will seek salvation and scapegoats. The rising tide of dissatisfaction over the presence of Syrian refugees points to that, but the cooling on the ruling party is another sign.

Yet despite these woes, Erdogan and the AKP remain hugely popular for a government that has ruled since 2002. The hinterland remains firmly in their grip. In the March local elections, despite losing many of the major urban centers, the AKP remained the largest party by vote share nationally. If a general election was held tomorrow, it’s not yet clear that the AKP would lose.

Another threat comes from within. Many commentators — including the BBC’s Mark Lowen — have once again brought up the possibility of a split within the AKP in the aftermath of the Istanbul re-run. This is old and recurring news. The usual suspects — former President Abdullah Gul, former Finance Minister Ali Babacan and former Prime Minister Ahmet Davutoglu — are all mooted to be contemplating forming new parties.

However, until now they have always shied away from actually coming out and challenging the AKP’s charismatic leader at the ballot box. If they wait until they believe Erdogan is weak enough, they might wait too long and end up becoming an irrelevance. What’s more, they are not a united front. Davutoglu and Babacan do not see eye to eye. It’s quite possible that some new political force, such as the new Istanbul mayor, might eclipse any threat from within the AKP itself.

Yet despite the threat that Imamoglu’s victory represents, he remains untested. Is he more a prisoner of circumstance than a real political heavyweight? Is he being invested with qualities beyond what he really holds? Certainly, his focus on bipartisan engagement has been effective, yet it must be remembered that the majoritarian instinct in Turkish politics was not invented by President Erdogan. It has a long history.

The history of the modern republic is a history of majoritarian rule. The notion that those who gain the balance of power will dictate the terms to those who lost is hardwired. The founding father, Mustafa Kemal Ataturk, dictated the terms of his revolution, using force where necessary. President Erdogan is often viewed as the most powerful politician since Ataturk. Yet by his standards, Erdogan has been subtle.

He has not initiated the sort of comprehensive social revolution that Ataturk did, coercing the population into certain forms of dress, a certain language and a way of life. He has not done away with multi-party politics, as demonstrated in Istanbul. And his base of support will still worry that should he lose, the winners may freeze them out of all decision-making just as has been the norm in Turkish political history.

This sense of distrust and partisanship preserves President Erdogan’s chances even as the economy continues to deteriorate. Unless someone — perhaps an Imamoglu or someone similar — can persuade enough people that their administration would not alienate and punish conservative, provincial and pious voters, they will remain loath to desert their man. 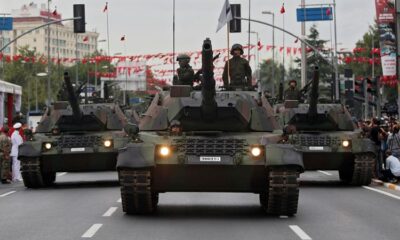 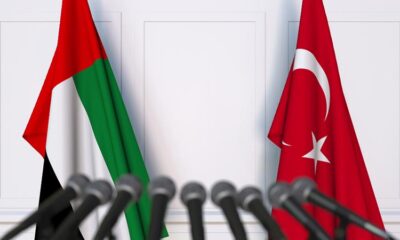 The UAE Sees Turkey as a Threat 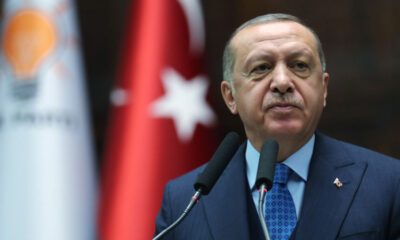 Is Turkey Playing a Role in Yemen?