“The Youth in Iraq have a mad stare of despair on their faces. They have seen nothing, but Sanctions and War.” These were the words of a UN official stationed in the International Zone in Baghdad back in 2011. This month, there have been massive protests in different parts of Iraq as a result of widespread public rage over corruption in government, high unemployment rates and poor public services. Those protesting are mainly young men who are mostly leaderless yet disgruntled with Iraq’s governance in the post-Baathist period.

“Iraq goes to war with itself” was how The New York Times described the deadly instability plaguing the country. Iraq’s national problems represent an enormous challenge to Prime Minister Adel Abdul Mahdi’s government, which has resorted to having its security forces kill hundreds of protesters while injuring thousands of others.

In turn, street violence has continued unabated, with the torching of public buildings and fresh clashes, and attacks on media channels. This violent unrest remains unreported because of a near-total telecommunication shutdown by the government authorities. Government forces allegedly attacked the media channels that covered the protests. Several countries in the Gulf Cooperation Council (GCC) have imposed travel restrictions to Iraq for their citizens. This comes amid Iraq’s economic downturn in which the country’s dollar-denominated sovereign debt has fallen to a record four-month low.

As predicted, official statements continue to insist that life has “returned to normal” after marathon cabinet meetings, days of mourning and “extraordinary” promises of reform. Meanwhile, several legislators have boycotted the emergency sessions, and the Shia leader, Muqtada al-Sadr (a coalition party head), has called for the government to resign and for a snap election to be held immediately. Conversely, Faleh al-Fayyad, national security adviser and head of Iraq’s powerful Hashd al-Shaabi (Popular Mobilization Forces), has appealed for the prevention of rebellion.

The UN, the Red Cross and Amnesty International keep repeating their sermons of “restraint” and avoidance of violence. Furthermore, the key world powers — the United States and Russia — have cautioned against escalation of tensions, primarily because of the fears of further destabilizing the region given the rift between Washington and Tehran. Interestingly, the Iraqi government blames “malicious” actors for the current unrest and points toward “unidentified snipers” rather than its security forces as the culprits for the firing on the protesters. Likewise, Iran’s Supreme Leader Ali Hosseini Khamenei tweeted that “enemies” were trying to drive a wedge between Tehran and Baghdad amid the unrest.

Iraq, as a middle-income country, is suffering from decades of international sanctions and ravages of war and internal strife and faces challenges that are often found in many low-income economies. These include dependence on a primary commodity, significant reconstruction and rehabilitation needs, unprecedented requirements of strengthening local and indigenous capabilities, and a legacy of poor-performing institutions.

Some recent successes in stabilizing its macroeconomic and budgetary situation have been instrumental in reversing the trends, but far more tangible and visible progress is needed in diversifying its economy and generating sustainable livelihoods for the majority of its population. Most important, this transition is expected to take place in a fragile political, security and institutional context.

Unfortunately, Iraq’s post-2003 political system has been designed to produce a consensual government, which has led to rampant corruption. In fact, the country is one of the world’s most corrupt. Iraq cannot formulate appropriate strategies to tackle such serious problems, especially in relation to the country’s economy. The Iraqi electoral system is also crafted in a way that does not reflect the real representation of the population in the parliament. It also buttresses the grips of big political parties and interests.

The Shia-Sunni sectarian divide in Iraq’s society has been noted as an impediment to progress. But that has proved to be a red herring. The current protests defy the notion of the dominance of a Shia government — vis-à-vis Sunnis — as all the provinces that experienced an uprising have a Shia majority. Most of the protesters who have been killed are also Shia.

For a while, the unemployed youth became a recruiting ground for the Islamic State (IS) militias as a source of income and livelihood. Violence and unrest became pervasive in the circumstances of despair amongst the poor, while the uber rich and their scions found havens of money laundering in the construction sectors of Amman and the rest of the Gulf.

The country had never developed institutions of accountability and transparency. There remains a massive gap between the top echelons of technocrats and those obeying orders in government offices. Civil and defense services lack any semblance of meritocracy in appointments and promotions. Income inequality has become more and more perverse. The worst affected are the provision and delivery of essential public services, from education to health to basic human needs of the population.

International and bilateral development institutions, on their part, have focused mainly on reconstruction of infrastructure and “sustainable” rehabilitation of the war-torn economy. Yet the focus on socio-economic policy reforms has been negligible, both at the center and the governorates. In the end, the assistance has been marred by nascent administrative and technical capacity within the various agencies entrusted with the sub-components, which reflects the legacy of the historical state-owned system of economic governance.

As a consequence, the achievements, efficiency of assistance and the results on the ground have been modest, especially at the downstream level. Additionally, there is neither a clear agenda nor adequate technical capacity nor an efficient decision-making authority for the regional and governorate-level program to promote the economic reforms. There is a scant focus on the cross-cutting themes of poverty alleviation, gender mainstreaming and security considerations for creating an overall enabling and peaceful environment in Iraq.

Present-day Iraq is in turbulence. Poor governance is likely to persist for the foreseeable future. No remedial actions are on the horizon. Irrespective of whether the current government survives, or the protests subside, unrest will continue.

The entire political system needs an overhaul. As Grand Ayatollah Ali al-Sistani, one of Iraq’s most influential clerics, said on his sermon on October 4 at Karbala, “the government has not achieved anything on the ground; it must do what it can to improve public services, find work for the unemployed, end clientelism, deal with the corruption issue, and send those implicated in it to prison.”

In sum, and overall, the rebuilding of the Iraqi state will be contingent upon three critical and parallel undertakings: consolidation of governing institutions; legitimatization of political structure and processes; and formation of a national identity incorporating the interests of a war-torn diverse population. Without reforming the political process and the electoral system, fighting corruption and promoting the rule of law, and building state institutions based on equal access to justice, no long-term solutions could be feasible in Iraq. 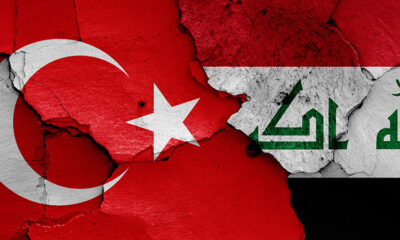