On May 19, 1999, when Ehud Barak defeated Benjamin Netanyahu in the general election, tens of thousands of Israelis gathered in Rabin Square in Tel Aviv to celebrate. Barak, the new prime minister, declared that it was the “dawn of a new day.” He also had plans in mind: withdraw Israeli troops stationed in Lebanon since 1982 and also try to make peace with the Syrians and Palestinians.

On June 13, 2021, a new generation had a chance to celebrate in that same square as a new government took charge of Israel. Many of them participated in ongoing demonstrations against Netanyahu, the now-former prime minister, over the past year as he faces charges of bribery, fraud and breach of trust. These Israelis came to celebrate another “dawn of a new day,” though with less ambitious goals.

Israel is embarking on a new venture, perhaps unprecedented in the annals of international political history. The country now has a right-center-left coalition government whose goal is to restore at least a semblance of sanity, democratic norms and civil discourse to a highly polarized society. In just two years, Israel has held four elections without a decisive result that ate away at the very foundations of Israeli democracy, causing a loss of faith in the electoral process.

As prime minister for 12 years, Netanyahu became more illiberal, building alliances with other corrupt, illiberal allies such as Donald Trump, Jair Bolsonaro, Narendra Modi and Viktor Orban. In response, his opponents in Israeli society and the Knesset grew to a crescendo. There is no question that the people who took to the streets as Netanyahu’s corruption trial began earlier this year provided the tailwind for the possibility of establishing this unusual “government of change.”

So, what is there to celebrate, particularly from the point of view of a progressive Israeli? The first and most important thing is that Netanyahu is gone, at least for the foreseeable future. His presence in the seat of power had dominated the Israeli discourse and body politic. Removing him from power through the ballot box has opened up space for new ideas and leaders to emerge.

In what may potentially be a revolution in Israeli politics, an Arab party has joined the ruling coalition. The United Arab Party (UAR), led by Mansour Abbas, is a full-fledged partner in a broad group of parties in the Knesset. The more progressive Joint Arab List, led by Ayman Odeh, would have been a better fit, but Benny Gantz squandered that opportunity in 2020. Gantz, the Blue and White leader, failed to form a coalition with their support after the elections last year.

Still, the UAR, though an Islamist party, is not necessarily identifiable with the Muslim Brotherhood and Hamas, despite claims in the media. Its original leader, Sheikh Abdullah Nimar Darwish, broke away from the northern branch of the movement when he decided the party should reject violence and participate in Israeli politics. He also promoted Jewish-Arab civic cooperation and peace between Israelis and Palestinians. However, it is not clear how ready the movement currently is to help promote peace talks.

It is also important that, for the first time in 20 years, the left-wing Meretz party is in the coalition, with three ministers in the government. The party was a primary partner to the efforts of Yitzhak Rabin and Shimon Peres in the 1990s, which led to the Oslo agreement breakthrough in the Israeli-Palestinian conflict.

Most importantly, Esawi Frej, an Arab-Israeli from the town of Kfar Kassim, is the minister for regional cooperation. Frej, a member of the Knesset for Meretz, is only the second Muslim minister in Israeli history. He may be able to use that position to try to leverage the Israeli agreements signed in 2020 with four Arab countries — coupled with the existing treaties with Egypt and Jordan — to create positive movement in the Israeli-Palestinian arena.

When it comes to Prime Minister Naftali Bennett, while he is apparently not corrupt like Netanyahu, I don’t have many expectations. It is highly doubtful that any of those celebrating in Rabin Square voted for his right-wing nationalist party, Yamina. Fortunately, Bennett will not be able to act upon any of the ideas he has previously promoted — including the annexation of Area C of the West Bank, which makes up 60% of the Palestinian territory — since Yamina holds only six out of the 61 seats in the Knesset that provided the thin majority for the new government. Though without those seats, the government could not have been formed.

Bennett is bound by an agreement with Yair Lapid, head of the centrist Yesh Atid party. As the architect of the “government of change” coalition with 17 seats in the Knesset, Lapid will replace Bennett as prime minister in August 2023 in a power-sharing agreement and can veto any of the current leader’s ideas.

My former neighbor, journalist Ran Adelist, recently wrote that he has a dream that Bennett — a religious-nationalist who lives in the suburban town of Ra’anana with his secular wife — will see the light and understand that the only rational way to preserve Israel as a Jewish and democratic state is to accept the idea of a two-state solution with the Palestinians. That view was shared by journalist Noga Tarnopolsky, who in a New York Times article described a surprising conversation she had with Bennett before he became prime minister. One can only hope.

But perhaps there is a possibility of more than just hope. Lapid, who will be foreign minister for the first two years before becoming prime minister, spoke at a conference organized by Mitvim, the Israeli Institute for Regional Foreign Policies.”I believe that a breakthrough on the Iranian issue depends on the Palestinian issue.  We need to work to advance a diplomatic agreement with the Palestinians, only as part of a regional discussion,” he said. “Can we separate the Iranian problem from the Palestinian problem? Without progress vis-à-vis the Palestinians, can we enlist the [support of] the Saudi public, the U.S. Congress, American Jewry, the European Union, and money from the Gulf states? Netanyahu says we can. I tell you we can’t. Most security officials say we can’t.”

So, maybe Lapid, as foreign minister and then as prime minister, together with Frej as minister for regional cooperation and others, can initiate some moves in that direction. The US government, the EU, the Gulf states and the liberal majority of American Jewry should take notice and help initiate some much-needed progress. One thing is clear: There can be no illusions that the Palestinian question can be ignored, as was clearly demonstrated by the recent events in Jerusalem and the 11-days of fighting we just went through.

Although the Knesset session that confirmed the new government was a disgrace — interrupted by constant inflammatory heckling by back-benchers from Netanyahu’s Likud, the extreme-right Religious Zionist Party and the ultra-Orthodox — at least we didn’t have a Capitol Hill-style insurrection in Israel. Even Netanyahu, who vowed to do everything to overthrow the government and return to the premiership, said that the votes by members of the Knesset were counted accurately. His complaint was that his erstwhile right-wing colleagues from Yamina, the New Hope party and Yisrael Beiteinu had deceived their voters and joined together to form “a leftwing government.” 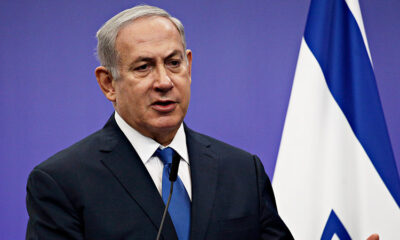 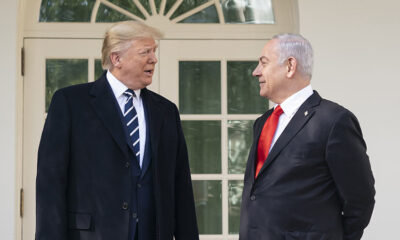