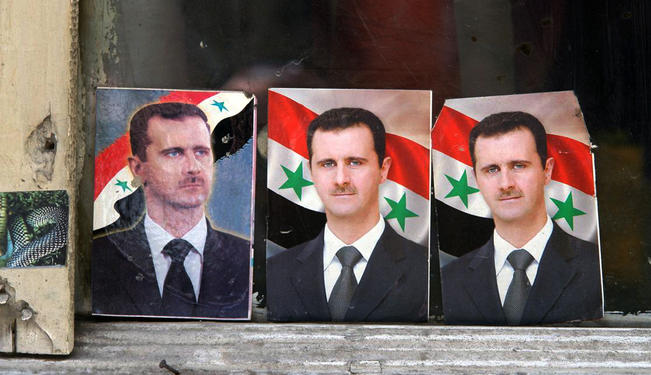 Popular Committees, neighborhood defense organizations mobilized to protect pro-government or politically neutral neighborhoods in Syria’s most restive regions, are evolving into locally cohesive divisions of a “National Defense Army.” They have the capacity to present a great challenge to the future military efforts of the armed opposition. [Note: This article was originally published by The Jamestown Foundation.]

As the Syrian Civil War enters its second year, the lijaan sha’abiya (“Popular Committees”), local defense forces supported by the Syrian military, are taking on an increasingly important role in the country’s conflict. The Popular Committees (sometimes referred to as “Peoples’ Committees”), are reported to have been organized initially as neighborhood defense organizations to protect pro-government or politically neutral neighborhoods that were not actively policed by the Syrian military.

Some of the Popular Committees are accused of perpetrating communal violence, with or without the support of the Syrian military. The United Nations Commission of Inquiry on Syria asserts that some Popular Committees have committed kidnappings, arbitrary arrests and killings of Syrian opposition members.

Although accused by the Syrian opposition of serving the same function as the Shabiha (“Ghosts”) paramilitary units that have earned a notorious reputation for committing massacres against Syrian opposition members, the Popular Committees, unlike the Shabiha, are not generally deployed in battle outside their area of residence. They are generally armed with light weapons and are organized on the village and city district level. Popular Committee forces man checkpoints, conduct door-to-door raids and occasionally provide support for the Syrian military against the armed Syrian opposition in divided, heavily-contested areas of the country by holding areas cleared of armed opposition members. A Hezbollah media outlet reports that some Popular Committee forces are being trained in guerilla irregular warfare, surveillance, infiltration, and counterintelligence. These military disciplines are widely understood to be specialties of Hezbollah’s armed wing.

Minorities and the Popular Committees

The Popular Committees are frequently associated with Syria’s minority communities, including Christians, Druze, and Alawites. Both men and women are recruited as fighters in the Popular Committees. The committees are typically mobilized to defend specific villages or urban enclaves, such as Christian districts, against armed opposition attack. Syria’s Kurdish community has also organized Popular Committees, particularly in areas where Kurds are concentrated, such as Aleppo and the northeastern al-Jazira region. There are even reports of pro-government Sunnis forming Popular Committees in restive areas of the country, including in and around the battlefields of Damascus’ southern suburbs.

Some of these Popular Committees, such as those formed in the diverse suburban district of Jaramana in southern Damascus, are reportedly composed of local fighters forming pan-sectarian fighting fronts that have been particularly effective in stalling armed opposition offensives. Palestinian Popular Committees formed by the Popular Front for the Liberation of Palestine-General Command (PFLP-GC) are also active in fighting against pro-opposition Palestinian factions inside the neighboring Yarmuk refugee camp and against the Syrian armed opposition in the districts of Hajar al-Aswad and al-Midan. According to Filippo Grandi, the Commissioner General of the United Nations Relief and Works Agency for Palestine Refugees in the Near East (UNRWA), who was speaking at a press conference at the United Nations headquarters in New York,more than 86% of Yarmuk’s pre-civil war population of 150,000 people has been internally displaced in Syria or have become refugees in Syria’s neighbors due to fighting around Yarmuk.

Cooperation with Other Pro-Assad Forces

To enhance the ability of the Popular Committees to assume a greater burden of local and regional defense against the armed opposition, the Assad government is seeking to integrate the Popular Committees into a larger National Defense Army (NDA), reportedly trained with the assistance of the Iranian Quds Force. Hezbollah, at least in the strategic central-western province of Homs, is also believed to be assisting in the mobilization, training, and deployment of Popular Committees. The integration into the NDA of village and urban district-level Popular Committees (usually composed primarily of one ethnic or sectarian group from the local area) is designed to raise pro-Assad, pro-Syrian nationalist morale over communal group identity.

A potential model for the Popular Committees/National Defense Forces as effective auxiliaries to the Syrian military or its allies, such as Hezbollah, is found in the strategic central-western Syrian governorate of Homs. Currently, thisregion of Syria is receiving a great deal of international attention as a result of Hezbollah’s involvement in the area and the importance of the Homs governorate to both the Assad government and the opposition. Popular Committees have been raised in several mixed-faith villages in the Orontes River Valley region west of al-Qusayr, where tens of thousands of residents claim Lebanese nationality.

The Homs region along the Lebanese border is strategically important because it links Damascus to the generally pro-government coastal regions of Syria by highway. Control of the region by the Syrian military, Hezbollah and the Popular Committees prevents the opposition from launching attacks against Hezbollah areas in Lebanon and provides pro-regime forces a route for supply and the transit of fighters from Tripoli and Akkar in northern Lebanon into the battlegrounds of Homs, Damascus, and Idlib. Hezbollah’s involvement in the villages of the Orontes River valley, west of al-Qusayr, is the result of clan and familial ties between the Shi’a living on both sides of the border. Hezbollah, both better-armed and more established militarily in the border region than the Lebanese military, is able to provide security for the Lebanese villagers in the area of al-Qusayr.

The Popular Committees are reported to be among the first in the area to have been incorporated under the NDA. Armed conflict between nominally pro-government villagers and armed opposition groups, including militant Salafists, led to the initial organization of Popular Committees in the area west of al-Qusayr. These committees are believed to be fighting opposition forces that include Jabhat al-Nusra, the Farouq Battalions (aligned with the Syrian Islamic Liberation Front), and several other fighting groups aligned with the Free Syrian Army.

The Battle for al-Qusayr

Recent fighting in the region was launched by the Syrian military and its allies (allegedly including Hezbollah) with the support of Syrian military airpower in order to seize al-Qusayr from armed opposition forces. Popular Committee fighters are reported to be patrolling the Lebanese-Syrian border around al-Qusayr and al-Qasr and to be fighting fierce defensive and limited offensive engagements against committed opposition fighters. These operations are noteworthy as demonstrations of the willingness of the Popular Committees to confront, clear, and hold pro-Assad government villages retaken from the armed opposition groups.

The evolution of the Popular Committees over the course of the Syrian civil war has important implications for the future of civil society in the country. As the Popular Committees in Syria’s most restive regions evolve into locally cohesive divisions of a “National Defense Army,” they have the capacity to present a great challenge to the future military efforts of the armed opposition. Popular Committees, professionally trained in military doctrine and tactics and battle-tested in communal warfare, are demonstrating in Homs and in Damascus’ southern suburbs a readiness to assume the burden of civil defense that the Syrian army increasingly cedes to them.

In the event that the Assad government would have to contract its area of control into an Alawite-dominated “rump state” with a capital in Damascus connected to a coastal strip of territory in Homs, Tartus, and Lattakia provinces, Popular Committees organized on a local level would provide a source of security and manpower to aid police efforts in confronting the armed opposition. The Popular Committee/NDA units could also provide a pan-sectarian, “Syrian patriotic” political veneer and military front for a state likely to remain politically dominated by Alawites but dependent upon a loyal but minority-dominated base of support. In the event of the total collapse of the Assad government, the Popular Committees and the NDA may face severe retribution from the armed opposition and could become major combatants in communal warfare throughout the country.

Militant Islamist organizations such as Jabhat al-Nusra and the militias of the Syrian Islamic Liberation Front, including Ahrar al-Sham and the Farouq Brigades, are reported to have been involved in some of the bitterest communal fighting in the country.  The potential for communal violence in highly diverse, socially complex regions of Syria, such as Homs, the cities of Damascus and Aleppo and the northeastern al-Jazira region in and around the city of Qamishli, poses immense challenges to necessary transitional processes, including demobilization, disarmament, establishment of the rule of law and the re-integration of militarized communities such as the Popular Committees into a wider Syrian body politic.