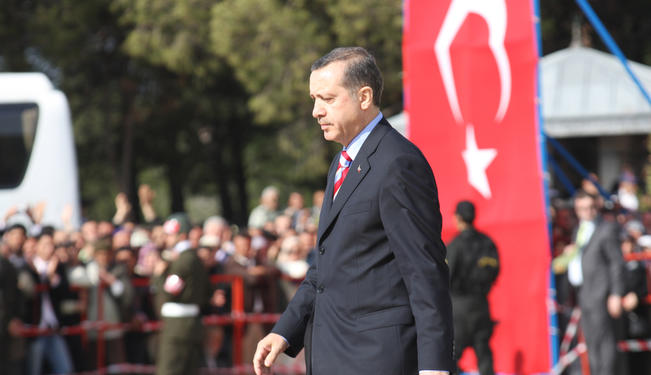 The current protests in Turkey are about a government led by Prime Minister Erdogan that has stopped listening to its people. It is about a government that is increasingly restricting the media and all attempts at honest reporting about Turkey and its politics.

Many are calling it the Turkish Spring, and a large number of Turks and foreigners inside the country have found this new activism refreshing. Finally, the people of Turkey are openly expressing their disapproval of what is happening in their country. After talking to friends and family around the world, I am shocked to learn that they don’t know, or understand, what is happening here in Turkey.  It is difficult to understand this, as what is taking place has overshadowed all other aspects of life over the past three days. “What are they protesting?” is a question I keep getting asked.

I am a Turkish-American who moved to Ankara two years ago. Anyone visiting Turkey will immediately notice how passionate the Turkish people are about their country. Flags fly everywhere, and it is not difficult to find a picture of Kemal Ataturk, the founder of the Turkish Republic, in every workplace. Turks have every right to be proud. Turkey is a Muslim country that has been more successful than other Muslim countries in separating religion and state. In spite of its success, Turkey still has many struggles. Over the last two years, Prime Minister Recep Tayyip Erdogan’s conservative government, which still remains very popular, has made more and more policies that have upset many Turkish people. Most unhappy Turks, however, simply do nothing more than grumble about the “Islamization” of their country.

On Friday night, May 31, this apathetic mentality changed. People met in a park in downtown Ankara in a show of solidarity with the protesters of Istanbul. The Ankara police did not waste any time tear gassing and shooting water cannons at a protest group marching towards the parliament building. As the night wore on, news spread of protests taking place in other cities across Turkey — some broken up by the police, some not. Finally, at 2:30am Saturday morning, June 1, Ankara came alive. Cars drove through the streets honking, people chanted and cheered, and those in their apartments moved to windows and balconies, banging pots and flashing lights. On Saturday, like so many others here, I sat in front of my computer scouring Facebook, Instagram, Twitter, and international news sites for any information on what was happening downtown. The Turkish news remained oddly quiet, only giving small reports on the situation.

The nation-wide protests that started earlier this week in Istanbul were not expected to grow this large. They started as a peaceful sit-in against the destruction of yet another urban park — a growing problem in many Turkish cities. As the peaceful protest moved into its third day, people started talk and watch. Most protests here don’t last more than a few hours. Early Friday morning, the police moved in to try and clear the park using pepper spray and tear gas. This was the straw that broke the camel’s back. Friday started, and it didn’t seem like the events were bad. People knew about what had happened in the park, but I am sure that many people thought, just as I did, that the protest was over. The Turkish news media made it seem that the situation was under control, and after a two minute story, they would move on to another news report.

While the Turkish media tried to suppress the news of what was happening in Istanbul, word was spreading of the vents on Turkish social media websites. The police were out of control. Tear gas was being thrown at anyone and everyone in the area. People taking shelter in shops and cafes near the park were gassed when police threw tear gas canisters inside the stores. Police were setting fire to the tents in the park, regardless of whether people were in them or not. The local metro station near the park was tear gassed, and then its doors closed and locked, trapping people inside. As this news spread, I watched with pride as my Turkish colleagues, friends, and neighbors, here in quiet Ankara, finally got angry.

I watched as the Turkish government struggled to understand why the people were so angry, the same people who have let the government do what they saw fit for the last ten years. Prime Minister Erdogan continued to call the protesters “radical extremists” and made angry comments such as: “If you bring 10,000, we will bring 100,000 people.” As the protests continued to rage in Ankara, the police pulled back in Istanbul. Turkish people, from many different political and social groups, finally were able to gather peacefully in the embattled Taksim Square in Istanbul. It has been one of the major victories for the protesters over the last few days.

So what are they protesting? This protest is not just about a park and trees anymore. It is about a government led by Prime Minister Erdogan that has stopped listening to its people. It is about a government that is increasingly restricting the media and all attempts at honest reporting about Turkey and its politics. It is about the atrocities the police have committed against the people they are supposed to protect. It is about a prime minister and his government who were elected for their pro-democracy stance, but seem to be moving in the opposite direction toward authoritarianism. Finally, but most important, it is about the Turkish people being able to make their country a place they are proud to live in.

*[Note: The author of this article wishes to remain anonymous and has used a pseudonym. This article was originally published by 361 Security.]